No one with even a passing interest in scientific trends will have failed to notice that the brain is the next big thing. It has been said for at least a decade, but now it’s getting serious — with, for example, the recent award by the European Commission of €500 million (US$646 million) to the Human Brain Project to build a new “infrastructure for future neuroscience” and a $1-billion initiative endorsed by President Obama. Having failed to ‘find ourselves’ in our genome, we’re starting a search in the grey matter.

It’s a reasonable objective, but only if we have a clear idea of what we hope and expect to find. Some neuroscientists have grand visions, such as that adduced by Semir Zeki of University College London: “It is only by understanding the neural laws that dictate human activity in all spheres — in law, morality, religion and even economics and politics, no less than in art — that we can ever hope to achieve a more proper understanding of the nature of man.”

Zeki heads the UCL Institute of Neuroesthetics. This is one of many fields that attaches ‘neuro’ to some human trait with the implication that the techniques of neuroscience, such as functional magnetic resonance imaging, will explain it. We have neurotheology, neuroethics, neurocriminology and so on. Meanwhile, in popular media, a rash of books and articles proclaim (in a profoundly ugly trope) that “this is your brain on drugs/music/religion/sport”. 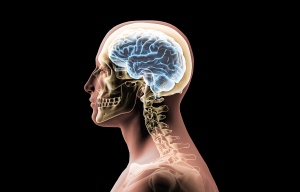 It seems unlikely that studies of the brain will ever be able to wholly explain how we respond to art.

If anyone is going to pursue neuroaesthetics (in the spelling more common in Britain), I’d be glad for it to be Zeki, who has a deep and sincere appreciation of art, and an awareness of the limits of a scientific approach to the way we experience it. But some of the pitfalls of neuroaesthetics are perceptively expressed by neuroscientist Bevil Conway of Wellesley College and musicologist Alexander Rehding of Harvard University in Cambridge, both in Massachusetts, in an essay that appeared this week in PLoS Biology1.

They point out that “it is an open question whether an analysis of artworks, no matter how celebrated, will yield universal principles of beauty” and that “rational reductionist approaches to the neural basis for beauty ... may well distill out the very thing one wants to understand”.

For one thing, to suggest that the human brain responds in a particular way to art risks creating criteria of right or wrong, either in the art itself or in individual reactions to it. Although it is a risk that most researchers are likely to recognize, experience suggests that scientists studying art find it hard to resist drawing up rules for critical judgements. The chemist and Nobel laureate Wilhelm Ostwald, a competent amateur painter, devised an influential theory of colour in the early twentieth century that led him to declare that Titian had once used the ‘wrong’ blue. Paul Klee, whose intuitive handling of colour was impeccable, spoke for many artists in his response to such hubris:

“That which most artists have in common, an aversion to colour as a science, became understandable to me when, a short time ago, I read Ostwald’s theory of colours ... Scientists often find art to be childish, but in this case, the position is inverted ... To hold that the possibility of creating harmony using a tone of equal value should become a general rule means renouncing the wealth of the soul. Thanks but no thanks.”

Even if neuroaestheticists refrain from making similar value judgements, they are already close to falling prey to one. Conway and Rehding discuss this field primarily as an attempt to understand how the brain responds to beauty. As they point out, beauty is not a scientific concept — so it is not clear which questions neuroaesthetics is even examining.

But the problem runs deeper, because equating an appreciation of art with an appreciation of beauty is misleading. A concept of beauty (not necessarily ours today) was certainly important for, say, Renaissance artists, but until recently it had almost vanished from the discourse of contemporary art. Those who like the works of Marcel Duchamp, Joseph Beuys or Robert Rauschenberg generally do not appreciate them for their beauty. Scientists as a whole have always had conservative artistic tastes; a quest for beauty betrays that little has changed.

Even the narrower matter of aesthetics is not only about beauty. It has conventionally also concerned taste and judgement. Egalitarian scientists have a healthy scepticism of such potentially elitist ideas, and it is true that arbiters of taste may be blinkered and dogmatic: witness, for example, the blanket dismissal of jazz by Theodor Adorno, a champion of modernism. But the point is not whether aesthetes are right or wrong, but whether they can offer us stimulating and original ways of seeing, listening and experiencing.

In this regard, aesthetics is partly a question of culture and circumstance, not a fundamental quality of the brain. Reducing it to what is shared and general recalls exercises in producing the ‘perfect’ picture or song from poll averages, the results of which are (intentionally) hideous and banal.

And what will a neuroaesthetic ‘explanation’ consist of anyway? Indications so far are that it may be along these lines: “Listening to music activates reward and pleasure circuits in brain regions such as the nucleus accumbens, ventral tegmental area and amygdala”. Thanks, but no, thanks. Although it is worth knowing that musical ‘chills’ are neurologically akin to the responses invoked by sex or drugs, an approach that cannot distinguish Bach from barbiturates is surely limited.

There are certain to be generalities in art and our response to it, and they can inform our artistic understanding and experience. But they will never wholly define or explain it.