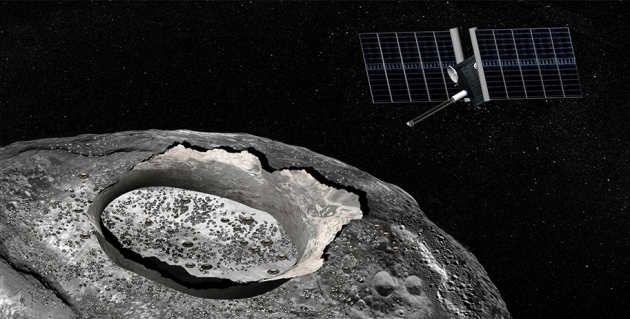 An artist’s conception of the Psyche spacecraft, which will explore a metallic asteroid.

NASA will send two spacecraft to explore asteroids in the hopes of revealing new information about the Solar System’s origins. Psyche will journey to what could be the metallic heart of a failed planet and Lucy will investigate the Trojan asteroids near Jupiter.

The missions, announced on 4 January, are part of NASA’s Discovery Program for planetary exploration. They were shortlisted by NASA in September 2015 and have survived a final cut that eliminated two proposed missions to Venus — which has not seen a US planetary mission since Magellan launched in 1989.

“What can I say? It’s deeply disappointing,” says Robert Grimm, a planetary scientist at the Southwest Research Institute in Boulder, Colorado, and chairman of a group that analyses Venus issues for NASA. “We want to make sure NASA continues to support high-level Venus activities.” 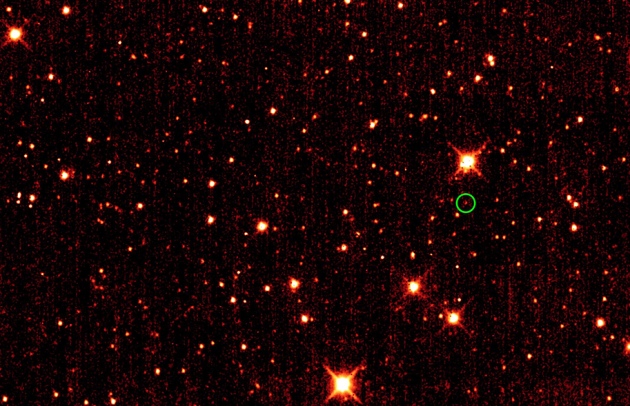 One of the Trojan asteroids, circled in green, should get a closer look in 2027.

Scheduled to launch in October 2021 and arrive at its first major target in 2027, Lucy will explore six of Jupiter’s Trojan asteroids, which are trapped in orbits ahead of and behind the giant planet. Named after the famous hominid fossil, the spacecraft will investigate the origins of the giant planets by looking at the fragments left over from their formation. “These small bodies really are the fossils of planet formation,” said Lucy principal investigator Hal Levison of the Southwest Research Institute, at a media teleconference.

Psyche is slated to launch in October 2023 and should reach its 210-kilometre-wide target in 2030. It will explore what could be the exposed core of an early, now-vanished planet. “We have visited icy world and rocky worlds and worlds made of gas, but we have never visited a metal world,” said Lindy Elkins-Tanton, head of the Psyche project at Arizona State University in Tempe, at the press briefing.

“Lucy and Psyche will take us to unique worlds that humankind has never explored before,” says Thomas Zurbuchen, NASA’s associate administrator for space science.

The agency will also provide another year of funding to develop a space telescope called NEOCam, which plans to hunt for near-Earth asteroids.

The Discovery Program is open to projects that study any target in the Solar System other than Earth or the Sun — at a cost of US$450 million or less. Earlier Discovery missions included the planet-hunting Kepler telescope and the Genesis mission that returned samples of the solar wind.

Discovery’s most recent addition was the Mars geophysical lander known as InSight. It was meant to launch in 2016, but a vacuum leak in its main instrument, a French-built seismometer, delayed it. NASA has reworked the seismometer and now plans to launch InSight in May 2018. But the delay added $154 million to the mission’s original price tag, raising questions about how NASA would absorb the costs while still developing new spacecraft.

Jim Green, head of NASA's planetary sciences division in Washington DC, says that the agency staggered Lucy and Psyche's launch dates so that both remain affordable along with InSight.

Not all is lost for researchers wanting to explore Earth’s twin. Venus is one of six proposed targets for New Frontiers, a class of NASA planetary missions that can cost up to $850 million. The other five, prescribed by a survey of US planetary science released in 2013, are a probe to Saturn, one to its ocean moons Titan and/or Enceladus, another visit to the Trojan asteroids and sample returns from a comet’s surface and the moon’s South Pole-Aitken basin. Ideas for New Frontiers missions are due on 28 April.