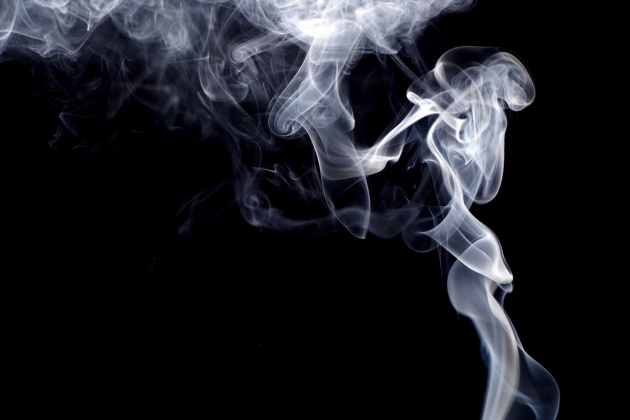 “When I meet God, I’m going to ask him two questions: why relativity? And why turbulence? I really believe he’ll have an answer for the first.”

This probably apocryphal quote, attributed to physicist Werner Heisenberg, captures the way many scientists feel about turbulence: a phenomenon in which the orderly flow of a fluid (a liquid or a gas) disintegrates into seemingly unpredictable swirls, such as when a river flows round a rock, or when milk mixes with coffee.

But researchers are making progress on understanding the physics of turbulence. In a paper published on 17 August in Science1, simulations by a Spanish team of aeronautical engineers help to solve a long-standing puzzle over how energy moves around in turbulent fluids. And in the past 12 months, mathematicians have made progress in explaining how turbulence helps to dissipate the energy of fluids, causing them to stop moving.

An improved understanding of turbulence and its implications for energy transfer could have big pay-offs for scientists — from astrophysicists who want to model how gas flows in galaxy clusters to climatologists simulating how ocean currents carry heat.

An issue of scale

In theory, the Navier–Stokes equations, developed almost 200 years ago, describe the physics of fluids well. But these equations are devilishly hard to solve. So engineers and scientists usually come up with simplified theoretical models or resort to numerical simulations when they want to predict fluid flow. This approach has its limits: modelling turbulence bogs down even supercomputers.

Now, aeronautical engineer José Cardesa of the Polytechnic University of Madrid and his collaborators say that they have been able to fully simulate for the first time how turbulence spreads kinetic energy across swirls of smaller and smaller scales. For water held in a large tank, for instance, their computer simulations could track how energy is transferred over about a minute from a 1-metre-diameter swirl into smaller eddies down to the 12-centimetre scale.

Their results validate a theory formulated by Russian mathematical physicist Andrei Kolmogorov in the early 1940s. Among its consequences is that turbulence occurs in a cascade: large eddies break down into smaller ones, which in turn split into even smaller ones, in a fractal fashion. In this model, the transfer of kinetic energy occurs rather like a baton being passed around runners in a relay race, Cardesa says, but one in which the runners get progressively smaller and more numerous.

Kolmogorov’s picture implies that energy spreads from large swirls to smaller eddies nearby, rather than spreading to farther distances. That has some support from mathematical theorems, but Cardesa’s team has confirmed it, says Gregory Eyink, a theoretical physicist at Johns Hopkins University in Baltimore, Maryland. Cardesa says that understanding these dynamics could help to improve predictions of energy flow in phenomena such as aerodynamic drag.

Researchers think that this ‘turbulence cascade’ explains how even fluids with low viscosity — such as gases in the atmosphere, where there is little resistance between moving layers — still quickly convert their kinetic energy into heat and slow down when turbulence kicks in. Turbulence spreads energy into increasingly tiny eddies, which, at their smaller scale, increase local viscosity. Like friction between solid objects, this viscosity acts to increase resistance to movement between layers of fluid, and thereby dissipates kinetic energy as heat.

Mathematicians are pushing exploration of low-viscosity fluids to their ultimate limit. The physicist, chemist and mathematician Lars Onsager suggested in 1949 that, in theory, a fluid could still dissipate energy even if its viscosity were to become vanishingly small, or zero (a situation that is never seen in the real world). In this hypothetical scenario, the fluid’s motion will just keep dispersing into infinitesimally small eddies, where it still will die out eventually. “That was kind of a shocking idea,” says Philip Isett, a mathematician at the University of Texas at Austin.

Theoretical physicist and chemist Lars Onsager (1903–76) was the type of scientist whom — so it was said — even geniuses such as Richard Feynman found intimidating to talk to. The Norwegian-born polymath “would announce his results by little, short, gnomic utterances”, says theoretical physicist Gregory Eyink. “And he was always right.”

In one of those terse revelations, Onsager announced in 1949 the surprising idea that turbulent fluids dissipate energy even in the absence of viscosity. That idea has now been proven mathematically.

In some cases, researchers have made sense of what Onsager said only in hindsight. In the 1990s, Eyink, who is now at Johns Hopkins University in Baltimore, Maryland, became the first person to take a major step towards validating Onsager’s argument on energy dissipation, only to discover later that Onsager himself had already made a start on that proof, scrawled in cryptic form in unpublished notebooks. Onsager had not bothered to publish this or much else on turbulence, in part because he was busy with other things — including work that led to him receiving the Nobel Prize in Chemistry in 1968 — but also because of the cold reception that others initially gave to his ideas4.

“I find his letter somewhat ‘screwy’”, Theodore von Kármán, considered the foremost US expert on turbulence in the 1940s, confessed to a colleague, regarding something Onsager had written to him. “Perhaps you could indicate to me in a few lines what the idea is, if any.” Linus Pauling, another chemistry Nobel prizewinner, responded to a letter from Onsager, saying: “Your work looks very interesting indeed to me, but it is too far over my head for me to appreciate it properly.”

Thanks to the efforts of Eyink and others, about 10% of Onsager’s notebooks and letters — which are kept at the University of Trondheim in Norway —  have been digitized and are available for anyone to read online. Eyink says that he hopes other researchers will make the effort to study them, and that they will find insights not only in fluid dynamics, but also in many other fields in which Onsager worked, such as thermodynamics and condensed-matter physics.

Something similar happened in the past with the work of another oracle of the twentieth century, mathematician Srinivasa Ramanujan (1887–1920). Over the past decade, new results have been derived from enigmatic formulas that he had sketched in his notes but never published.

Onsager conjectured that turbulence could slow non-viscous fluids only under particular conditions; in other cases, the fluids would keep flowing for ever, as might be expected. In the 1990s, Eyink proved mathematically that this idea was correct. And in a paper that he posted online last year2, Isett published solutions to the Navier–Stokes equations showing that some zero-viscosity flows can indeed slow and stop because of turbulence alone. His work is due to appear in the Annals of Mathematics.

The motions of the fluids described by these solutions are not very realistic: they start at rest, magically begin to move, and then grind to a stop. But this year, other mathematicians, including Camillo De Lellis of the University of Zurich in Switzerland and László Székelyhidi of the University of Leipzig in Germany (on whose work Isett had based his own), found slightly more realistic solutions to the same equations, in which initially-moving fluids slow down3.

Physicists might pay attention to the latest mathematical work only when it becomes more relevant to the real world, Székelyhidi says. A start would be to find solutions describing a fluid that starts with viscosity and gradually becomes infinitesimally thin. But Charles Doering, a mathematical physicist at the University of Michigan in Ann Arbor, says he hopes that the approach might ultimately point the way to a model of turbulence that is simpler to use than the Navier–Stokes equations, and works in all situations. That is the “grand dream”, he says.

The original version of this article incorrectly stated that Camillo De Lellis and László Székelyhidi 'led' work for a mathematics paper; the paper had no lead authors.