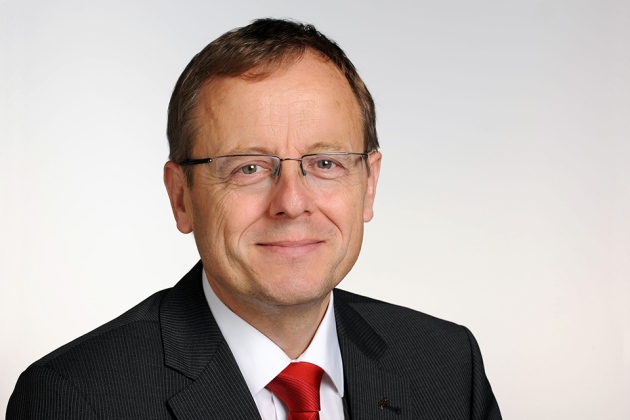 Johann-Dietrich Wörner, the new head of the European Space Agency.

Johann-Dietrich Wörner, the new director-general of the European Space Agency (ESA), is only a few weeks into his job but already has ambitious plans. At the UK Space Conference 2015 in Liverpool last week, Wörner said that once the International Space Station has been decommissioned, probably after 2024, he would like to see a “village on the Moon” — a manned base that is both an international research station and a platform from which to explore space. Wörner, a civil engineer and former chairman of the German Aerospace Center (DLR), spoke to Nature about leading ESA and his views on the next steps in human exploration.

What is the idea behind a ‘Moon village’?

The expression is somewhat misleading, but I like it. People believe I want to create some houses, a street, a church and a town hall. It’s not that. Village for me means different actors joining together in the same place — be it different states, individuals or private companies — to establish an infrastructure on the Moon that has the ability to do first-class fundamental research. That can be Moon science, but also cosmology, with a telescope on the far side. At the same time, it means having a development there, using Moon soil to produce structures, as a stepping-stone to going beyond. Also, I believe space tourism will develop, and the Moon might be one of the first locations to go to after low-Earth orbit.

NASA has its sights set on Mars. Is this a big difference between ESA and NASA?

The Americans are saying Mars is the ultimate goal, but I’m rather convinced that Mars is not the ultimate goal. If we continue on planet Earth, I’m sure humans will go even beyond Mars, but the question is when and how. We need some targets in between. The Moon is a very scientifically interesting body and it’s reachable by humans even with today’s technology. For Mars and other bodies, we need totally different technologies. Imagine if you send a human to Mars on a two-year return journey and after two months he or she gets difficult health problems. What do you do? We have to have better technology, stronger launchers and other propulsion systems, to go to Mars.

Whereas, thankfully for you, other nations, in particular China, Russia and Japan, are interested in going to the Moon.

So are the Americans — they are doing this asteroid retrieval mission [which plans to grab a boulder from an asteroid and put it in lunar orbit]. This is close enough to the Moon to have the Moon also in its focus.

But for other nations the goal is more explicit. Do you see increasing collaboration with them, particularly with China and Russia?

Yes. Right now, we are on the International Space Station together with Russians, Japanese, Canadians, at a time on Earth when we know we have some problems. I strongly believe space has a bridging function and we should use it.

ESA has already embarked on a joint mission with China, a telescope called SMILE [Solar Wind Magnetosphere Ionosphere Link Explorer]. Do you see this mission as the first of many?

I’m aware of concerns about intellectual-property rights and human rights, but I think we should use space and science to cooperate with any of the space-interested or space-faring nations around the globe. Isolation is not at all a good solution.

Of course, China also has huge amounts of resources to spend on space.

I would not cooperate because of the resources of others. I would like to cooperate first of all because of the bridging function I mentioned. The second reason is a ‘jam session’ idea, putting together different competencies and abilities, to do even better.

Has the image of ESA changed on the world stage since the Rosetta mission landed a probe on a comet?

When I entered the DLR [the German Aerospace Centre] some eight years ago, they presented the Rosetta mission to me and my first words were, ‘it’s unbelievable’. But it was still a big surprise that it got such big attention worldwide. I got several e-mails after the landing of Philae saying, ‘I’m proud to be a taxpayer in Europe, contributing part of my tax to such a mission’. This is the best we can ever get.

What would you like to see as your legacy at ESA?

Some of the boards that interviewed me for this job asked me to say, if I looked back in 20 years’ time, what would have happened during the time of Jan Wörner. My answer was not the Moon village, but that I was part of the paradigm shift to open the space agency to be more interactive with the general public. In the past, we had very smart ideas from scientists and technology experts, producing a mission and later communicating it to the public, and the public was surprised and happy. In the future, I think we should also ask: what are the expectations of the public? And based on these, develop a strategy for the future.

Do you hope that someday ESA will become as much of a household name as NASA?

If you ask people what comes to mind when they think of NASA, the answer is the first landing on the Moon. NASA did a perfect job of positioning itself during the cold war, but ESA is different. Of course, with this opening up to the general public, I hope also that ESA becomes more visible. I’m happy and proud to wear this ESA pin [he points to a pin on his lapel], and I would like to see more of this. So, yes, it’s good if ESA is well known, but more important is that we open this reverse channel from the public, back to the agency.

The interview has been edited for brevity and clarity.