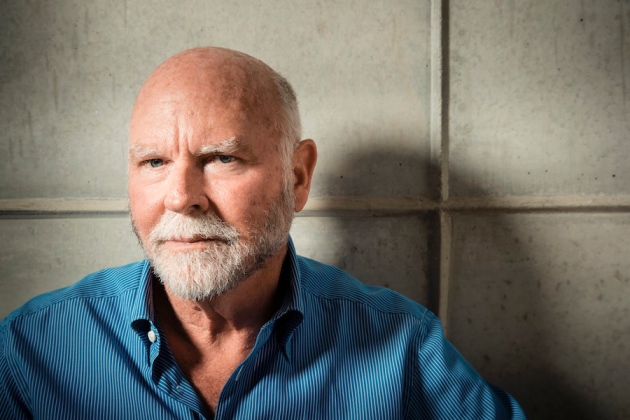 Synthetic biologist Craig Venter, whose team embarked on its quest to whittle life down to its bare essentials two decades ago.

Genomics entrepreneur Craig Venter has created a synthetic cell that contains the smallest genome of any known, independent organism. Functioning with 473 genes, the cell is a milestone in his team’s 20-year quest to reduce life to its bare essentials and, by extension, to design life from scratch.

Venter, who has co-founded a company that seeks to harness synthetic cells for making industrial products, says that the feat heralds the creation of customized cells to make drugs, fuels and other products. But an explosion in powerful ‘gene-editing’ techniques, which enable relatively easy and selective tinkering with genomes, raises a niggling question: why go to the trouble of making new life forms when you can simply tweak what already exists? 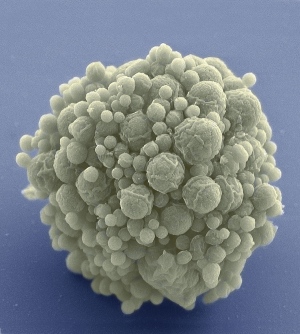 Each cell of JCVI-syn3.0 contains just 473 genes, fewer than any other independent organism.

Unlike the first synthetic cells made in 20101, in which Venter’s team at the J. Craig Venter Institute in La Jolla, California, copied an existing bacterial genome and transplanted it into another cell, the genome of the minimal cells is like nothing in nature. Venter says that the cell, which is described in a paper released on 24 March in Science2, constitutes a brand new, artificial species.

“The idea of building whole genomes is one of the dreams and promises of synthetic biology,” says Paul Freemont, a synthetic biologist at Imperial College London, who is not involved in the work.

The design and synthesis of genomes from scratch remains a niche pursuit, and is technically demanding. By contrast, the use of genome editing is soaring — and its most famous tool, CRISPR–Cas9, has already gained traction in industry, agriculture and medicine, notes George Church, a genome scientist at Harvard Medical School in Boston, Massachusetts, who works with CRISPR. “With much less effort, CRISPR came around and suddenly there are 30,000 people practising CRISPR, if not more.”

Microbiologists were just starting to characterize the bacterial immune system that scientists would eventually co-opt and name CRISPR when Venter’s team began its effort to whittle life down to its bare essentials. In a 1995 Science paper, Venter’s team sequenced the genome of Mycoplasma genitalium, a sexually transmitted microbe with the smallest genome of any known free-living organism3, and mapped its 470 genes. By inactivating genes one by one and testing to see whether the bacterium could still function, the group slimmed this list down to 375 genes that seemed essential.

One way to test this hypothesis is to make an organism that contains just those genes. So Venter, together with his close colleagues Clyde Hutchison and Hamilton Smith and their team, set out to build a minimal genome from scratch, by joining together chemically synthesized DNA segments. The effort required the development of new technologies, but by 2008, they had used this method to make what was essentially an exact copy of the M. genitalium genome that also included dozens of non-functional snippets of DNA ‘watermarks’4.

But the sluggish growth of natural M. genitalium cells prompted them to switch to the more prolific Mycoplasma mycoides. This time, they not only synthesized its genome and watermarked it with their names and with famous quotes, but also implanted it into another bacterium that had been emptied of its own genome.

The resulting ‘JCVI-syn1.0’ cells were unveiled1 in 2010 and hailed — hyperbolically, many say — as the dawn of synthetic life. (The feat prompted US President Barack Obama to launch a bioethics review, and the Vatican to question Venter’s claim that he had created life.) However, the organism’s genome was built by copying an existing plan and not through design — and its bloated genome of more than 1 million DNA bases was anything but minimal. 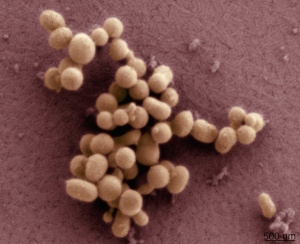 JVCI-syn1.0 cells were hailed as the dawn of synthetic life in 2010.

In an attempt to complete its long-standing goal of designing a minimal genome, Venter’s team designed and synthesized a 483,000-base, 471-gene M. mycoides chromosome from which it had removed genes responsible for the production of nutrients that could be provided externally, and other genetic ‘flotsam’. But this did not produce a viable organism.

So, in a further move, the team developed a ‘design-build-and-test’ cycle. It broke the M. mycoides genome into eight DNA segments and mixed and matched these to see which combinations produced viable cells; lessons learned from each cycle informed which genes were included in the next design. This process highlighted DNA sequences that do not encode proteins but that are still needed because they direct the expression of essential genes, as well as pairs of genes that perform the same essential task — when such genes are deleted one at a time, both mistakenly seem to be dispensable.

Eventually, the team hit on the 531,000-base, 473-gene design that became known as JCVI-syn3.0 (syn2.0 was a less streamlined intermediary). Syn3.0 has a respectable doubling time of 3 hours, compared with, for instance, 1 hour for M. mycoides and 18 hours for M. genitalium.

“This old Richard Feynman quote, ‘what I cannot create, I do not understand’, this principle is now served,” says Martin Fussenegger, a synthetic biologist at the Swiss Federal Institute of Technology (ETH) in Zurich, Switzerland. “You can add in genes and see what happens.”

With nearly all of its nutrients supplied through growth media, syn3.0’s essential genes tend to be those involved in cellular chores such as making proteins, copying DNA and building cellular membranes. Astoundingly, Venter says that his team could not identify the function of 149 of the genes in syn3.0’s genome, many of which are found in other life forms, including humans. “We don’t know about a third of essential life, and we’re trying to sort that out now,” he says. 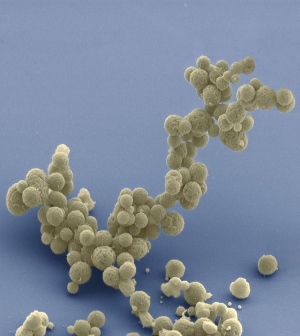 Syn3.0 cells double once every 3 hours.

This has blown Fussenegger away. “We’ve sequenced everything on this planet, and we still don’t know 149 genes that are most essential for life!” he says. “This is the coolest thing I want to know.”

Syn3.0’s lasting impact on synthetic biology is an open question. “I think it’s kind of a George Mallory moment,” says Church, referring to the English mountaineer who died in 1924 trying to become the first person to climb Mount Everest. “‘Because it’s there’ was the excuse he gave for climbing Everest.”

Church says that genome-editing techniques will remain the go-to choice for most applications that require a small number of genetic alterations, whereas genome design will be useful for specialized applications, such as recoding an entire genome to incorporate new amino acids. Fussenegger thinks that genome editing will be the favoured approach for therapies, but that writing genomes from scratch will appeal to scientists interested in fundamental questions about how genomes evolve, for instance.

Even Venter acknowledges that syn3.0’s genome, although new, was designed by trial and error, rather than being based on a fundamental understanding of how to build a functioning genome. But he expects fast improvements, and thinks that genome synthesis from scratch will become the preferred approach for manipulating life. “If you want to make a few changes, CRISPRs are a great tool,” he says. “But if you’re really making something new and you’re trying to design life, CRISPRs aren’t going to get you there.”