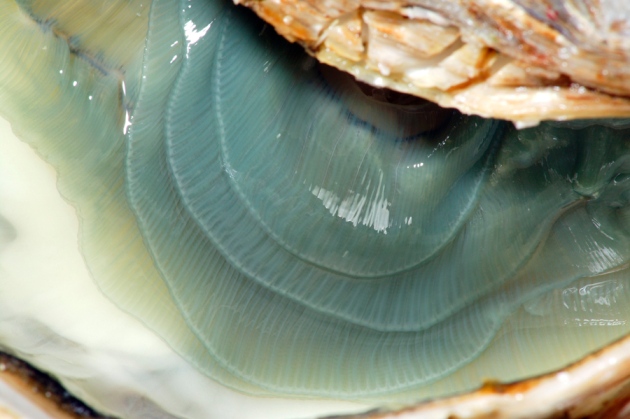 Oysters that consume the small pieces of plastic that are littering the world’s oceans produce fewer and less-healthy offspring, a study suggests — fuelling concern that the material may be damaging marine life.

Millions of tonnes of plastic end up in the world’s oceans every year; one recent calculation suggests that, by around 2050, there will be more plastic than fish, by weight (see go.nature.com/59rxvt). But researchers are increasingly concerned about the effects of tiny ‘microplastic’ fragments — those smaller than 5 millimetres — which are created when larger objects break apart, or manufactured for industrial products including cosmetics and packaging materials.

Arnaud Huvet, a scientist at France's national marine research agency (Ifremer) in Plouzané, and his colleagues placed Pacific oysters (Crassostrea gigas) in water laced with micrometre-sized spheres of polystyrene. (Although there are no measurements on the actual concentration of tiny microplastics at sea, Huvet says, the researchers chose a density of polystyrene that matched previous estimates of microplastics found at the interface between water and sediment, where wild oysters live). After two months, oysters exposed to the plastic produced fewer and smaller egg cells, less-mobile sperm and fewer offspring than did animals raised in water without the plastic1. The offspring themselves grew more slowly, the researchers report.

Microplastics have been shown to reduce the fertility of other marine animals, including tiny crustaceans such as copepods2 and daphnia3. But the latest study broadens the case file to oysters, says Huvet.

The oysters’ digestion might be disrupted when they eat the plastic, he says, and endocrine-disrupting chemicals, which are known to affect reproductive systems, might be released from the plastic particles into the oysters' digestive tracts.

Awareness of the biological damage caused by microplastics is still in its infancy, says Tamara Galloway, an ecotoxicologist at the University of Exeter, UK. By contrast, there are well-publicized images of birds and turtles choking on larger pieces of plastic.

Galloway says that the oyster study is “extremely comprehensive” and adds to other evidence for the negative effects of microplastics, reinforcing the need to act on the problem of marine litter. “Anthropogenic litter is something we can do something about quite quickly if we want to,” she says — by using less plastic and being more careful about waste disposal.

Wild populations of Pacific oysters are not in decline, says Huvet, but the study suggests that plastic could have long-term effects because oysters are a vital food source for many other animals. What’s still not clear, says Huvet, is whether the microplastics that accumulate in oysters could be harmful to the humans that ultimately eat them.

The original version of this article stated that the experimenters chose a density of microplastic to match recorded measurements in the wild; in fact, their choice was based on estimated densities where wild oysters live.