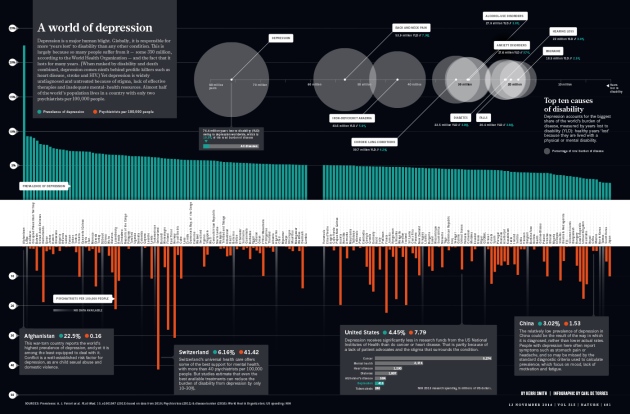 Depression is a major human blight. Globally, it is responsible for more ‘years lost’ to disability than any other condition. This is largely because so many people suffer from it — some 350 million, according to the World Health Organization — and the fact that it lasts for many years. (When ranked by disability and death combined, depression comes ninth behind prolific killers such as heart disease, stroke and HIV.) Yet depression is widely undiagnosed and untreated because of stigma, lack of effective therapies and inadequate mental-health resources. Almost half of the world’s population lives in a country with only two psychiatrists per 100,000 people. 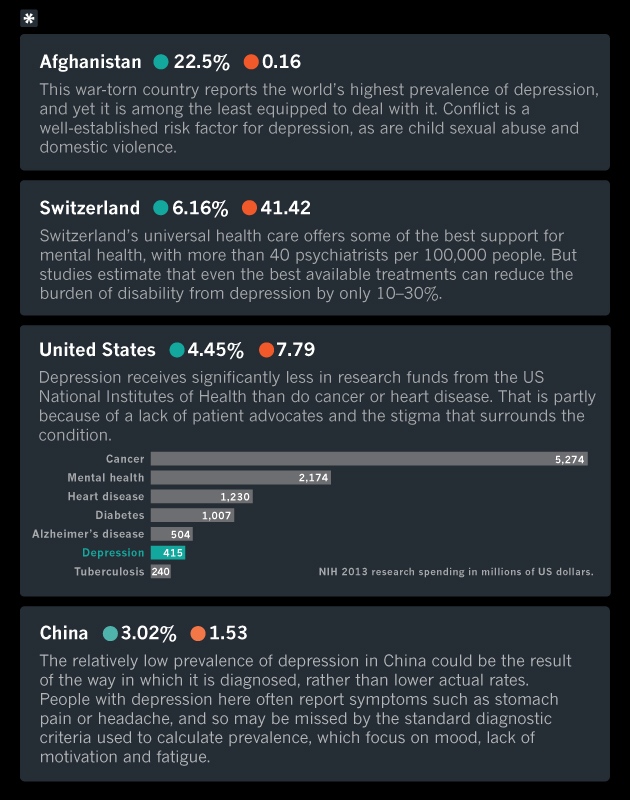