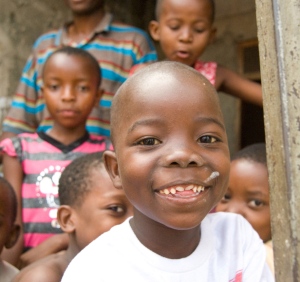 Children in certain parts of Africa could benefit from prophylactic use of malaria drugs.

A slim but substantial swathe of Africa stands to gain from a new strategy in malaria control. Pre-emptive treatment of children living in regions where the mosquito-transmitted disease is prevalent only during the rainy season could avert 11 million cases and 50,000 deaths a year.

The estimates are based on the world’s first guidance on seasonal malaria chemoprevention, issued by the World Health Organization (WHO) in March. The guidance gives a broad stamp of approval to governments and donors seeking to use anti-malaria drugs as prophylactics in African children, and the analysis pinpoints where the strategy would be most effective, says Brian Greenwood, an infectious-disease physician at the London School of Hygiene and Tropical Medicine and co-author of the analysis, which is published today in Nature Communications1.

“One-size-fits-all policies, like bed nets, are great,” explains Rob Newman, director of the WHO's Global Malaria Programme in Geneva. “But for policies with a number of requirements, we need these sorts of analyses to help policymakers chart the path forward.”

Researchers think that parts of Senegal, Burkina Faso, Mali and Niger (see map) will emerge the most promising candidates for seasonal chemoprevention according to three factors: malaria burden, predicted malaria seasonality and the efficacy of the drug combination sulphadoxine, pyrimethamine and amodiaquine (SP-AQ). In some African countries, people no longer respond to SP-AQ because sulphadoxine and pyrimethamine were used to treat the disease before the wormwood wonder drug artemisinin became the gold standard cure. Resistance is always a danger when drugs are taken as a prophylaxis, which is why the WHO requires that people on SP-AQ take different medications if they acquire the disease. At about US$1.50 for up to four monthly treatments, a season's worth of SP-AQ would cost less than malarone or mefloquine, the malaria-prevention pills that many tourists take when they visit these countries. At this low price, cost–benefit analyses suggest that SP-AQ would pay off if just one in every five children treated avoided the disease, says Greenwood. 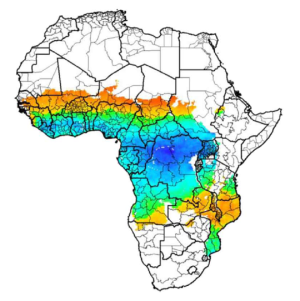 Areas with seasonal rainfall (orange-red) are most suitable for seasonal malaria chemoprevention.

One of the world’s largest malaria-control organizations, the President’s Malaria Initiative in Washington DC, may help carefully selected countries to implement the strategy, says Bernard Nahlen, deputy coordinator of the initiative. That's because in addition to procuring the drugs, Nahlen says, countries will need to pay health workers to distribute the medicine, and to monitor adverse effects. In the 1980s, he says, SP caused burn-like skin reactions in a tiny proportion of Westerners, which is one of the reasons why it is no longer recommended for tourists today.

Toxicity is one reason that African children have never received medicine to prevent the potentially lethal disease, despite the fact that tourists have taken preventative treatments since the 1960s. Another argument was based on the idea that African children are more vulnerable to severe malaria than adults because they acquire a degree of immunity against the disease in youth. But little evidence supports the hypothesis that people who don't get malaria as a child will fare worse than those who do if they get infected as adults, says Greenwood. Critics also argue that chemoprevention in Africa is logistically and financially impractical because malaria ravishes impoverished countries with feeble infrastructure.

Debates about chemoprevention came to a halt when simpler modes of malaria prevention, like bednets, hit the scene.“Once bed nets came along, everyone, including me, took their eyes off the ball because bed nets are easier to deploy and pretty effective for prevention,” Greenwood says. “Now that they’re widely distributed, it’s clear that they’re a huge success but not good enough.” At test sites in Burkina Faso, he says, bed nets have halved the number of malaria cases , and seasonal chemoprevention has reduced the remaining cases  by about 80%.

Seasonal chemoprevention would not be effective in some of the countries with the highest mortality from malaria, such as the Democratic Republic of Congo and Uganda, because there the disease kills year-round and people rarely respond to SP-AQ. Newman therefore calls the strategy a “lower hanging fruit”. “It only works where the conditions are right,” he says, “but then why not do it in those places?”

Philip Rosenthal, a malaria researcher at the University of California, San Francisco, agrees, but stresses the need to explore strategies that could be used elsewhere, too. Malarone makes his short list. “Sure, it’s relatively expensive,” he says, “but I’d counter that the international community has gotten millions of children antiretroviral therapy to treat HIV in the developing world, and that’s far more expensive.”