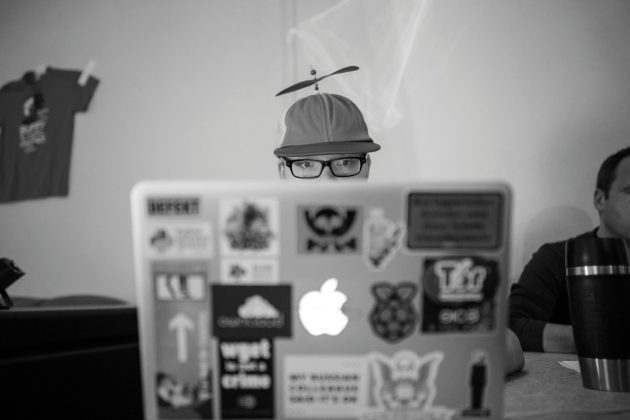 When is a skyrmion not a skyrmion? The answer, as any good condensed-matter physicist knows, is when it’s a magnetic antiskyrmion. Yes, even swirling topological textures that emerge as effective particles inside magnets have their opposite numbers. And online in Nature this week, scientists report hard evidence of their discovery (A. K. Nayak et al. Nature http://dx.doi.org/10.1038/nature23466; 2017). The experiments reveal a new twist on how strange patterns of magnetization form and spin against their static background, like whirlpools in a body of water. And they expand the family of observed skyrmions from two to three. The particles are tightly related: the antiskyrmion is defined by a swirling pattern that alternates the textures of the two existing skyrmions.

Skyrmions — which can be visualized in part as spheres studded with arrows that have been collapsed onto a flat plane — are curious, but they are no longer a mere curiosity. Topology is hot right now (see Nature 547, 257–258; 2017). And physicists think skyrmions could offer a way to stabilize spintronic systems — electronics that use the spin of electrons as well as their movement. This could increase the processing power of computers beyond the boundaries of Moore’s Law. Antiskyrmions could help, the physicists say, because they could allow skyrmion structures to be designed and built to order.

Skyrmion science has had many false starts (see Nature 465, 846; 2010). But these weird particles are becoming harder to overlook.