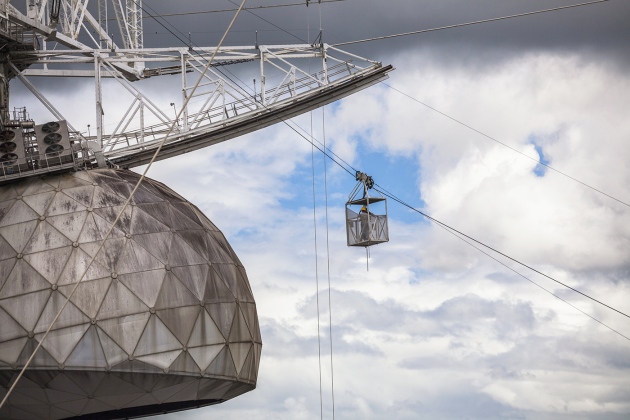 Researchers hope that there is a way to stop the iconic Arecibo Observatory from closing down.

It is the radio telescope that hunts killer asteroids, probes distant cosmic blasts and decades ago sent Earth’s most powerful message to the stars. Yet the storied Arecibo Observatory, an enormous aluminium dish nestled in a Puerto Rican sinkhole, might soon find itself out of the science game.

The US National Science Foundation (NSF), which owns the observatory, wants to offload the facility to free up money for newer ones. In the coming weeks, it will ask for ideas about how Arecibo might be managed if the NSF reduces its current US$8.2-million annual contribution. By May, the agency plans to release a final environmental-impact statement, a federally mandated analysis of the effects of various scenarios — from continuing to run Arecibo to mothballing or even demolishing its iconic dish. Soon after that, the NSF will decide which path to take.

Arecibo advocates are not going to let the telescope die without a fight. On 4 January, they pressed their case at a meeting of the American Astronomical Society in Grapevine, Texas — arguing that Arecibo is putting out some of the best science it has ever done, and that the NSF is moving too quickly to divest itself of an astronomical treasure.

“Arecibo definitely has a future,” says Francisco Cordova, the observatory’s director. “Though it will be a different future.”

Arecibo is playing a key part in illuminating the mystery of fast radio bursts, which are emerging as a completely new class of celestial phenomenon. And at the astronomy meeting, observatory scientists revealed a previously unknown contributor to the Universe’s cosmic microwave background glow — cold electrons — plus a pair of pulsars that has surprisingly erratic radio emissions.

“It is still a state-of-the-art observatory,” says Nicholas White, senior vice-president for science at the Universities Space Research Association in Columbia, Maryland, which helps to manage Arecibo for the NSF.

NSF officials agree. But they say they need money for new projects such as the Large Synoptic Survey Telescope, which is under construction in Chile (see ‘On the block’). A 2012 review of the NSF’s astronomy portfolio recommended cutting support for some of its smaller and older facilities. Although Arecibo was not among them, the report recommended that the NSF evaluate the facility’s status later in the decade.

Some of the observatories targeted in the review have found potential partners: New Mexico State University in Las Cruces is leading an effort to take over the Dunn Solar Telescope in Sunspot, New Mexico. Others remain in limbo, including the 100-metre radio telescope in Green Bank, West, where university partners have offered limited help.

In October, the NSF released a draft environmental impact statement for Arecibo that  outlines how various management options would affect everything from endangered plants to local tourism. The NSF would prefer to find collaborators to shoulder most of the cost of operating the observatory for science purposes. But the draft statement includes the possibility of shuttering the facility, and even details which explosive would be needed to dismantle the 305-metre-wide dish.

NSF officials included this bleak option to satisfy federal rules that require them to describe the environmental impact of all possible outcomes. “We specifically leaned towards making things look a bit more drastic,” says James Ulvestad, head of the NSF’s astronomy division.

Gravitational-wave astronomers are among those who are unhappy about the idea of Arecibo going offline. The international NANOGrav consortium uses about 850 hours of Arecibo time each year to discern how ripples in space-time affect radio pulsars. Between Arecibo and Green Bank, the team is just now reaching the sensitivity at which it should be able to detect gravitational waves. “We’re so close,” says Xavier Siemens, an astrophysicist at the University of Wisconsin–Milwaukee. “Losing Arecibo would mean losing US leadership in the field.”

Arecibo also has a unique role in stimulating public interest in science, says Edgard Rivera-Valentín, a planetary radar specialist at the observatory. Like many Puerto Ricans, he first visited Arecibo as a child, on a family trip. “It just blew me away,” he says. “I knew pretty much then that I wanted to do astronomy.”

The NSF pays for roughly two-thirds of Arecibo’s $12-million annual budget. Half of that comes from its astronomy division and half from its atmospheric and geospace sciences division, which uses Arecibo to study Earth’s ionosphere. The remainder comes from NASA, which tracks near-Earth asteroids from Arecibo and would probably keep doing so if other collaborators stepped in to make up for NSF cutbacks.

Arecibo’s current operating contract ends in March 2018. After that, new approaches to make ends meet could include charging scientists hourly rates to use the observatory, instead of having them apply for time through federal agencies. “This is where the rubber hits the road,” says White.