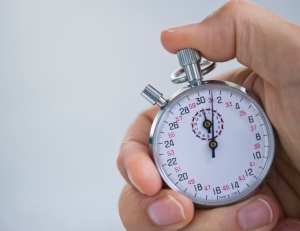 Time may be running out for the leap second.

Clocks around the world are routinely adjusted to keep them ticking in synchrony with the rising and setting of the Sun – but is that effort just a waste of time? That was the issue under debate this week by the World Radiocommunication Assembly of the International Telecommunication Union in Geneva, Switzerland.

Delegates from about 150 countries discussed whether to stop adding a second — called a leap second — to calendars every year or so, a practice that keeps atomic clocks in step with Earth’s rotation and the position of the Sun in the sky. But participants reached a state of confusion, rather than consensus, so the decision about the leap-second’s fate has been deferred to 2015.

Since 1972, international time zones have been defined against Coordinated Universal Time (UTC), which is based on signals averaged from around 400 atomic clocks. Leap seconds are added in at a rate of about one minute every 60-90 years. But nations disagree about whether the second is actually needed

Opening Thursday’s debate was the US delegate, Paul Najarian, Director of Telecommunications and Standards at the United Nations' International Telecommunication Union (America). Najarian pointed out some of the technical headaches that leap seconds cause: they cannot be preprogrammed into software, for example, because they are typically announced only six months in advance by the International Earth Rotation and Reference Systems Service in Frankfurt, Germany. Introducing them manually raises the risk of inconsistencies between computer systems, which can cause them to crash. To avoid the safety hazards associated with losing crucial time-keeping signals, most satellite navigation systems already maintain their own internal clocks, and they don't use the leap second.

But the British delegation leapt to the leap-second’s defence. “The United Kingdom is strongly opposed to coming up with a new conception of time, without good reason,” says Peter Whibberley, a physicist at the National Physical Laboratory in Teddington.

Both sides had a handful of backers from other nations, but many of the delegates — a mixture of government represenatives and technical experts — were simply not prepared for the proposal, and said they needed more information before deciding.

The issue has been under discussion for at least 10 years, but representatives from many countries have not attended the meetings, says Elisa Felicitas Arias, France's delegate and director of the Time Department at the International Bureau of Weights and Measures (BIPM) in Sèvres, who backed the proposal for abolition.

The lack of consensus has meant that the leap second has been given a stay of execution to allow all countries to get up to speed. The plan is now to vote on the issue at the next meeting of the World Radiocommunication Conference meeting in 2015. In the interim, the proposal may be revised to include a compromise, such as a ‘leap hour’ that could be implemented every few centuries, says Włodzimierz Lewandowski, a physicist at the BIPM.

Whibberley hopes that countries will use the extra time to consult with experts and the public on the social implications of axing the leap second. Arias, however, thinks that cultural considerations lie beyond the World Radiocommunication Assembly's purview and that the three-year grace period would be better spent inviting astronomers, geodesy experts and metrologists to formally contribute to a revised proposal.

Lewandowski thinks that the abolitionists will ultimately prevail. “We already have people stationed out in space — does it make sense that they use an imperfect clock based on a wobbly planet?”, he asks. “Even if it takes another 50 years, people will come to see that we don’t need the leap second. It is just a matter of time.”