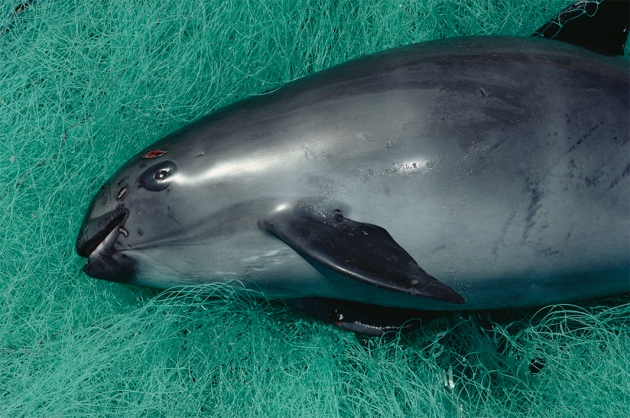 An ambitious effort to save a diminutive porpoise called the vaquita has received the official clearance to move forward.

The vaquita (Phocoena sinus) is found only in Mexico’s Gulf of California, where there are just 30 of them left. On 3 April, the Mexican government announced that it would give US$3 million to the VaquitaCPR (conservation, protection and recovery) plan to save them. A further $1 million was donated on the same day by the Association of Zoos and Aquariums in Silver Spring, Maryland.

The project, which will use dolphins specially trained by the US Navy to corral as many vaquitas as possible so they can be put into protective pens in their natural habitat, also got the green light to start from the Mexican government.

The funds have come too late for work to start in the next suitable window, in May; after that, the gulf gets too choppy. But conservationists hope to start when conditions improve again in October.

The vaquita population has crashed over the past two decades. The first dedicated survey, in 1997, revealed that there were 567 individuals in the gulf — but by 2015, this figure had plummeted to just 59. The latest estimate, from 2016, suggests approximately 30 vaquitas remain.

The alarming decline is largely down to the porpoises drowning in gill nets set to capture huge, bass-like fish called totoaba (Totoaba macdonaldi). So in 2015, the Mexican government banned the use of gill nets for two years and offered compensation to fishers.

But with the totoaba’s swim bladder fetching tens of thousands of dollars on the black market in China, the fishing has continued apace. “The price is just like drugs,” says Lorenzo Rojas-Bracho, a marine conservation biologist at the National Institute of Ecology and Climate Change in Ensenada, Mexico, and chair of the International Committee for the Recovery of the Vaquita (CIRVA). “As long as there’s that amount of money, there’s a market.”

Conservationists fear that the vaquita will share the fate of the Yangtze River dolphin, or baiji (Lipotes vexillifer), whose probable extinction was discovered by a 2006 expedition. “We did not anticipate going out on that survey and not seeing a single baiji, and not hearing a single whistle,” says Barbara Taylor, a conservation biologist at the US National Oceanic and Atmospheric Administration’s Southwest Fisheries Science Center in La Jolla, California, and a member of CIRVA. “My resolve was stiffened not to repeat that with vaquita.”

The first challenge will be to locate some vaquitas in the 2,000-plus square kilometres of the gulf where they are known to live. Previous acoustic data, which tracked the animals' sonar clicks will give an idea of their whereabouts, but vaquitas roam singly or in pairs, and are difficult to spot.

They also tend to swim away from motorized vessels, which is why two US Navy dolphins trained to echolocate porpoises have been enlisted. “The Navy dolphins can easily follow them along like golden retrievers and let us more easily keep track of where the animals are, to let the capture team have their best opportunity to be in the right place at the right time,” says Taylor.

And once spotted, a vaquita must be safely captured and transported to the proposed holding site, north of San Felipe on the west coast of the gulf.

Several designs of holding pen are being tested. The first pens will be up to 10 metres in diameter and up to 3 metres deep, and will keep the vaquitas away from gill nets, says Rojas-Bracho. If the plans succeed, a more permanent facility will be built.

The scientists hope that the vaquitas will adjust to captivity and even breed in the pens.

Bold rescue operations have worked before: the last 27 California condors (Gymnogyps californianus) were taken into captivity in the 1980s, and their numbers grew enough for some condors born in captivity to have been released back into the wild.

The vaquita team hopes to learn from these experiences, but much is uncertain. “No one has ever tried to catch vaquita to keep them alive,” says Randall Wells at the Chicago Zoological Society in Illinois, and a member of the VaquitaCPR consortium. “There is so much of this that is being done for the first time. It’s all high risk.”

Others outside the project are hopeful. David Wildt, a senior scientist at the Smithsonian Conservation Biology Institute in Washington DC, thinks the rescue could work. He notes that it is a “huge challenge”, adding that there is “nothing to be lost, and lots to be gained”.