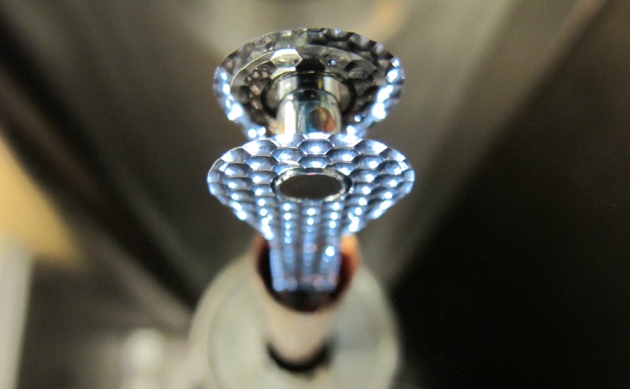 Positioning the target for the National Ignition Facility's lasers.

Using the world's most powerful assembly of lasers, a team of researchers say they have, for the first time, extracted more energy from controlled nuclear fusion than was absorbed by the fuel to trigger it — crossing an important symbolic threshold on the long path toward exploiting this virtually boundless source of energy.

The latest feat, achieved at the National Ignition Facility (NIF) at the Lawrence Livermore National Laboratory in California, is still a way off from the much harder and long-sought goal of 'ignition', the break-even point beyond which a fusion reactor can generate more energy than is put in. Many other steps in the current experiments dissipate energy before it even reaches the nuclear fuel.

Nevertheless, the new result represents “a critical step on the path to ignition”, according to Mark Herrmann, head of a project investigating high-energy X-ray pulses at Sandia National Laboratory in Albuquerque, New Mexico, and who was not involved with the NIF work.

Whereas nuclear fission extracts energy released during the break-up of very heavy nuclei such as those of uranium, nuclear fusion — the process that powers stars and thermonuclear bombs — produces energy from the coalescence of light nuclei, such as those of hydrogen. During such a reaction, a tiny part of the masses of the separate hydrogen nuclei is converted into energy.

Controlling fusion has proved immensely difficult, partly because of the challenge of containing the plasma that fusion generates, which reaches temperatures of millions of degrees. Fusion projects in different parts of the world are exploring a variety of methods. Notably, the ITER experiment, under construction in southern France, will keep the plasma confined with magnetic fields inside a doughnut-shaped reactor.

A lot of energy must be pumped into the fuel to drive the nuclei close together to overcome their electrical repulsion. At NIF, this energy is provided by 192 high-powered lasers, which send their beams into a bean-sized gold container called a hohlraum. In the hohlraum, the fuel sits inside a plastic capsule.

The NIF team’s success, which is described in a paper published online today in Nature1, has come in experiments conducted between last September and this January. It relies on shaping the laser pulses to deliver more power early in the pulse. This creates a relatively high initial temperature in the hohlraum that 'fluffs up' the plastic shell and makes it less prone to an instability during the explosion that disrupts the fusion process. “This fluffing up greatly slows down growth of the instability,” says team leader Omar Hurricane, a Livermore physicist.

As a result, the researchers have been able to achieve a 'fuel energy gain' — a ratio of energy released by the fuel to energy absorbed — of between 1.2 and 1.9. “This has never been done before in laboratory fusion research,” says Herrmann. He adds that much of the energy released was produced by self-heating of the fuel through the radiation released in the fusion reactions, an important requirement for sustaining the fusion process.

But fusion-energy generation still remains a distant goal, and Hurricane admits he cannot yet estimate a timescale for it. “Our total gain — fusion energy out divided by laser energy in — is only about 1%,” he says.