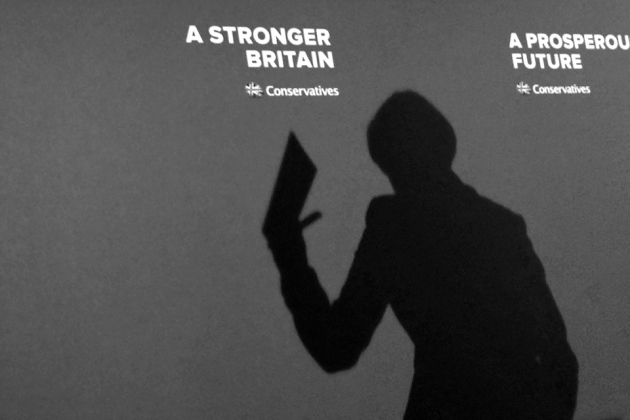 The Conservative Party, led by Prime Minister Theresa May, is among the three major parties in the UK election promising more money for science.

It is the best and worst of political times for science. As the United Kingdom approaches its 8 June general election, all three major national political parties have pledged a huge increase in research investment. The governing Conservative Party, the main opposition Labour Party and the traditional ‘third party’, the Liberal Democrats, all promise to increase UK spending on research and development as a percentage of gross domestic product from the current 1.7% level. If — and it is a big if — their respective pledges for 2.4% in 10 years, 3% by 2030, or a ‘long-term’ doubling are met, billions more will flow to researchers.

This cross-party consensus on the importance of science and the need to boost funding is welcome and relatively new. Gone are the days of the 1980s, when researchers felt the need to start a pressure group called Save British Science. (Although that group continues as the Campaign for Science and Engineering, and grass-roots groups such as Science is Vital also lobby for the importance of funding.)

This is not to say that UK researchers have had calm seas. Threats of cuts under a Conservative-led coalition government caused huge concerns, and inflation has whittled away the spending powers of the UK research councils. But the parties now vie to be seen as the best friend of science. Last year, the Conservative Party signalled its love with a promise to boost funding by £2 billion (US$2.6 billion) a year by 2020. This year, all three national parties paid major lip service to science in their manifestos — above and beyond the commitment to even larger spending boosts ahead of the election.

A ghost remains at the feast, however. Brexit, the departure of the United Kingdom from the European Union, threatens carefully nurtured relationships between scientists on either side of the English Channel (or La Manche, depending where you stand). Nobody knows what will happen to EU scientists in Britain, nor to the EU funding that currently flows to UK labs. Whichever party wins the election (and the Conservatives are hot favourites) must transfer its commitment to
science funding to protecting the interests of science in the negotiations to come. And researchers should push them to do so, and to deliver on their pledges.

“Science and innovation have historically been a source of pride, not division.”

Meanwhile, US scientists might look across the Atlantic with envy. British science may no longer need saving, but the battle for US science is just beginning. On 23 May, the administration of President Donald Trump proposed a 2018 budget that included steep reductions in funding across the full suite of science agencies. Given the administration’s scepticism about climate science and its pro-industry position on nearly all things environmental, it comes as little surprise that the budget would slash funding for the Environmental Protection Agency (EPA) by more than 30% compared with 2017, and reduce its workforce by roughly 23%. Cuts to renewable-energy programmes at the Department of Energy were also to be expected. But the cuts don’t stop there.

The budget would slash funding for nearly all energy research and development, including for fossil fuels. This kind of research helped to pave the way for the US shale-gas boom; it could be the only hope for the coal industry that Trump has vowed to revive. Nor would Trump spare biomedical and public-health research, which has conventionally been popular on both sides of the political aisle. Compared with 2017, the National Institutes of Health (NIH) would see its budget cut by 18%.

The US government has always been one of the largest and most reliable backers of basic science, but that would clearly change if Trump controlled the purse strings. Many scientists draw hope from the fact that he does not, and it’s already quite clear that Congress — which allocates funding — takes a different view of things. The NIH saw its 2017 budget increase in the deal announced in late April, and the EPA saw a manageable 1% decrease.

Trump’s 2018 budget proposal will not survive Congress in anything like its current form, but it could further poison the conversation, particularly among his most ardent supporters. Many groups are already mobilizing to save US science, and those efforts should continue. But the conversation needs to expand. As this publication has stated before, scientists need to talk not only to their elected officials about what they do, but also to their neighbours and communities. Science and innovation have historically been a source of pride, not division, in the United States. That must not change.