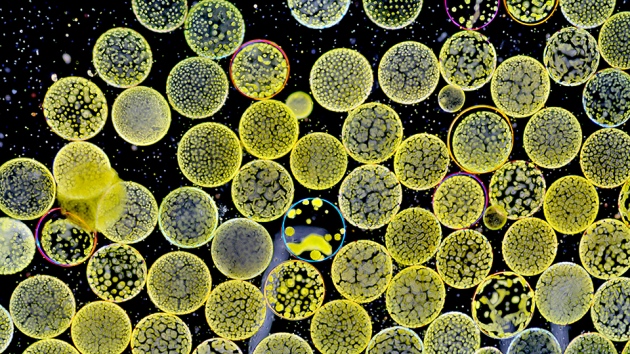 Marine scientists are raising the alarm about a proposal to drop tonnes of iron into the Pacific Ocean to stimulate the growth of phytoplankton, the base of the food web. The non-profit group behind the plan says that it wants to revive Chilean fisheries. It also has ties to a controversial 2012 project in Canada that was accused of violating an international moratorium on commercial ocean fertilization.

The Oceaneos Marine Research Foundation of Vancouver, Canada, says that it is seeking permits from the Chilean government to release up to 10 tonnes of iron particles 130 kilometres off the coast of Coquimbo as early as 2018. But Chilean scientists are worried because the organization grew out of a for-profit company, Oceaneos Environmental Solutions of Vancouver, that has sought to patent iron-fertilization technologies. Some researchers suspect that the foundation is ultimately seeking to profit from an unproven and potentially harmful activity.

“They claim that by producing more phytoplankton, they could help the recovery of the fisheries,” says Osvaldo Ulloa, director of the Millennium Institute of Oceanography in Concepción, Chile. “We don’t see any evidence to support that claim.”

Tensions flared in April, when researchers at the institute went public with their concerns in response to Chilean media reports on the project. The government has since requested input from the Chilean Academy of Science, and the institute is organizing a forum on the project and related research on 25 May, at a marine-sciences meeting in Valparaíso, Chile. The Oceaneos foundation, which declined an invitation, has accused the scientists of improperly classifying its work as geoengineering, rather than ocean restoration. Oceaneos president Michael Riedijk says that his team wants to work with Chilean scientists and will make all the data from its experiment public. The foundation plans to hold its own forum later, but if scientists aren’t willing to engage, he says, “we’ll just move on without them”.

Researchers worldwide have conducted 13 major iron-fertilization experiments in the open ocean since 1990. All have sought to test whether stimulating phytoplankton growth can increase the amount of carbon dioxide that the organisms pull out of the atmosphere and deposit in the deep ocean when they die. Determining how much carbon is sequestered during such experiments has proved difficult, however, and scientists have raised concerns about potential adverse effects, such as toxic algal blooms. In 2008, the United Nations Convention on Biological Diversity put in place a moratorium on all ocean-fertilization projects apart from small ones in coastal waters. Five years later, the London Convention on ocean pollution adopted rules for evaluating such studies.

Because Oceaneos’s planned experiment would take place in Chilean waters, it is allowed under those rules. Riedijk says that the foundation will voluntarily follow international protocols for such studies; it is unclear whether that will allay fears that the group is promoting an unproven technology, rather than conducting basic research.

“If they want to partner with academics, then surely transparency is their best foot forward.”

Philip Boyd, a marine ecologist at the University of Tasmania in Hobart, Australia, wants to see the foundation publish research based on lab experiments before heading out into the field. “If they are a not-for-profit scientific venture that wants to partner with academics, then surely transparency is their best foot forward,” he says.

Oceaneos’s links to a 2012 iron-fertilization project off the coast of British Columbia, Canada, have made some researchers wary. In that project, US entrepreneur Russ George convinced a Haida Nation village to pursue iron fertilization to boost salmon populations, with the potential to sell carbon credits based on the amount of CO2 that would be sequestered in the ocean. News of the plan broke after project organizers had dumped around 100 tonnes of iron sulfate into the open ocean. In the years since, scientists have seen no evidence that the experiment worked.

Riedijk says he was intrigued when he read about the Haida experiment in 2013, and contacted one of its organizers, Jason McNamee. McNamee later served as chief operating officer of Oceaneos Environmental Solutions — which Riedijk co-founded — before leaving the company last year.

Despite the Haida project’s problems, Riedijk says that ocean fertilization merits further research: “If this actually does work, it does have global implications.” Oceaneos Environ-mental Solutions has developed an iron compound that can be consumed efficiently by phytoplankton, he adds, but he declined to release details. Riedijk also says that the foundation is working on a method to trace the movement of iron up the food chain and into fish populations.

In the meantime, scientists say that it will be difficult to get solid data from the Oceaneos foundation’s planned experiment. The geology off the Chilean coast, and the patterns of currents there, create a mosaic of low- and high-iron waters. Anchovies, horse mackerel and other fish move freely between these areas.

And adding iron could shift the location and timing of phytoplankton blooms to favour fast-growing species, says Adrian Marchetti, a biological oceanographer at the University of North Carolina at Chapel Hill. One of those, the diatom Pseudo-nitzschia, produces domoic acid, a neurotoxin that can kill mammals and birds. Oceaneos’s experiment will probably increase plankton growth in low-iron waters, Marchetti says, “but it’s not to say that that is actually good for the higher levels of the food chain”.