Interdisciplinary work is considered crucial by scientists, policymakers and funders — but how widespread is it really, and what impact does it have? Scholars say that the concept is complex to define and measure, but efforts to map papers by the disciplines of the journals they appear in and by their citation patterns are — tentatively — revealing the growth and influence of interdisciplinary research.

INTERDISCIPLINARY RESEARCH IS ON THE RISE

References
Since the mid-1980s, research papers have increasingly cited work outside their own disciplines. The analysis shown here used journal names to assign more than 35 million papers in the Web of Science to 14 major conventional disciplines (such as biology or physics) and 143 specialities. The fraction of paper references that point to work in other disciplines is increasing in both the natural and the social sciences. The fraction that points to another speciality in the same discipline (for example, a genetics paper pointing to zoology) shows a slight decline. 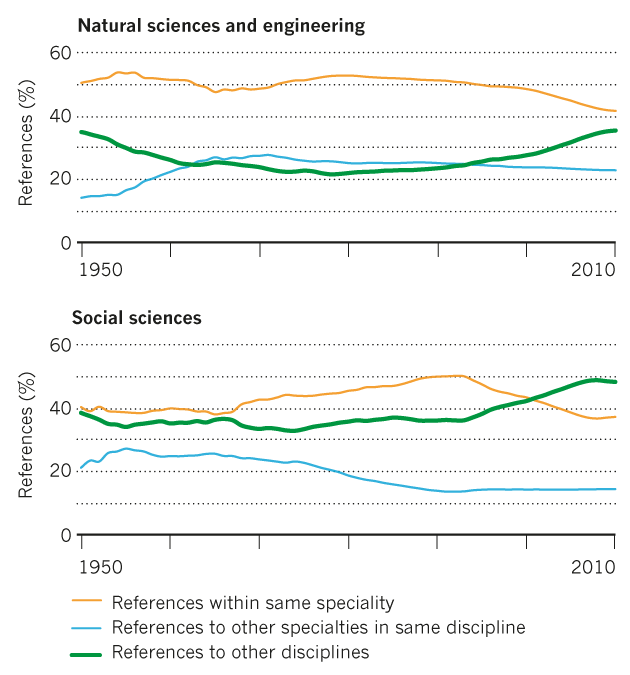 Rhetoric
Discourse about interdisciplinary research is increasing. The fraction of papers that mention interdisciplinarity in their title has fluctuated, perhaps reflecting the priorities of funders, but the twenty-first century saw that proportion reach an all-time high. 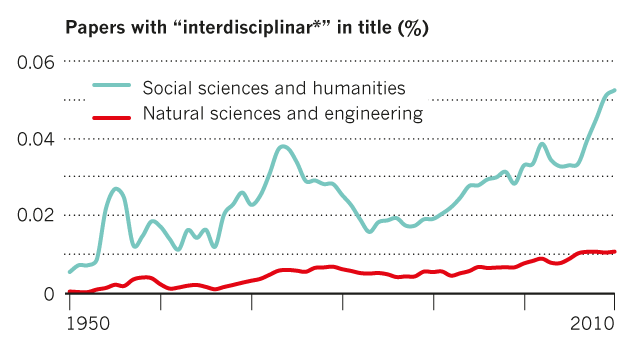 INTERDISCIPLINARY RESEARCH TAKES TIME TO HAVE AN IMPACT 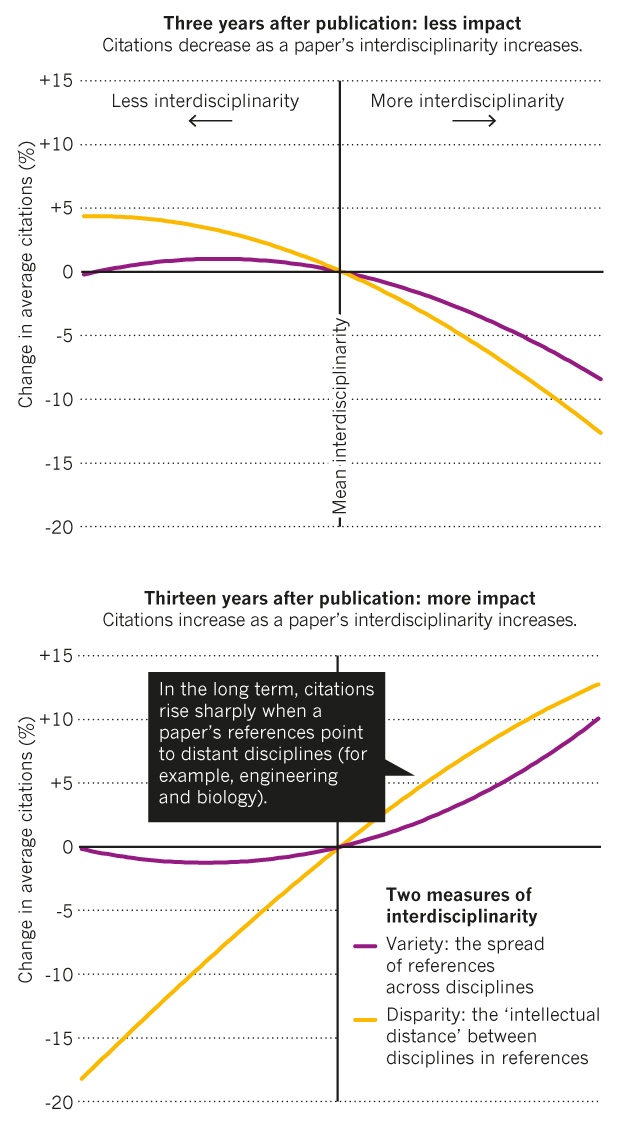 SOME FIELDS ARE MORE INTERDISCIPLINARY THAN OTHERS …

In this chart, more interdisciplinary fields are in the top-right quadrant. From 1950 to 2014, a field’s position is determined by how much its papers cite outside disciplines (x-axis), and by how much outside disciplines subsequently cite its papers (y-axis). (Some years, certain fields have too few references to be plotted.) As a whole, interdisciplinarity declines until the mid-1970s, then rises. Over time, disciplines tend to cluster towards the diagonal. That’s partly a statistical artefact: emerging fields are small with few references from other fields, and then settle into position as they become larger and established. … AND SO ARE SOME COUNTRIES

A 2015 study by researchers with the publisher Elsevier defined interdisciplinary papers as those that reference journals that are rarely cited together. The report looked only at countries that routinely publish more than 30,000 papers per year to find the ‘most interdisciplinary’ countries for 2013. 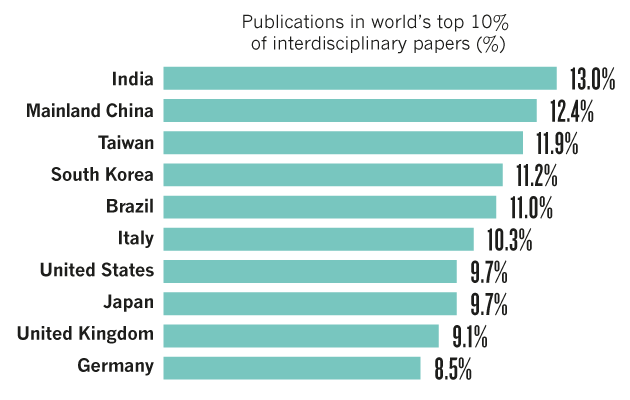 A separate analysis counted the proportion of a paper’s references that are in other disciplines. After totting up all the papers for each country, and normalizing the results (so that average interdisciplinarity = 1), similar nations emerge on top for 2013.