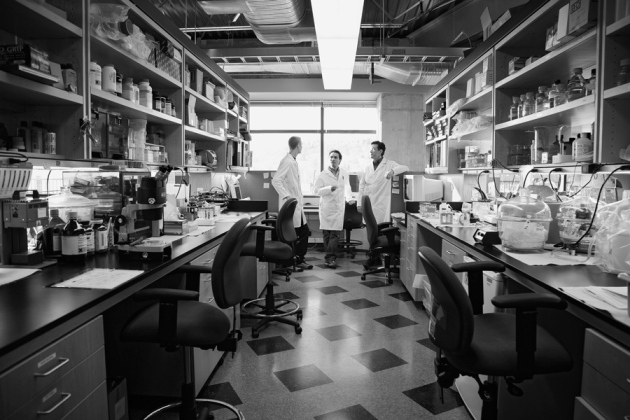 More lab heads must scrutinize the data and attitudes of researchers they work with.

Last month, the US National Academies of Sciences, Engineering, and Medicine published a report called Fostering Integrity in Research. Later this month, the 5th World Conference on Research Integrity will be held in Amsterdam. Over the years, universities have followed some funders’ mandates to improve the prevention and investigation of misconduct. Many discussions have been held about unreliable research.

None of these initiatives pays sufficient attention to a specific issue: the research health of research groups and the people who lead them. This includes technical robustness of lab practices, assurance of ethical integrity and the psychological health and well-being of group members. Principal investigators (PIs), the linchpins of the scientific process and of integrity, are under ever-increasing pressures from many sources.

The cultures of departments and institutions may be influential. Last month’s report draws attention to survey-based tools that can assess the health of an organization’s research culture (such as that at go.nature.com/2p3fjed). But it would be more to the point to assess the health of research groups, which has much greater influence on trainees.

For example, how, if at all, are group members’ data scrutinized by other members or the PI, perhaps by spot-checking? To what extent does a PI ensure that a graduate student or postdoc with a strong research claim is not deceiving themselves? In 2008, a study of case files concerning trainees found guilty of misconduct concluded that nearly three-quarters of the trainees’ mentors had not directly reviewed source data (D. E. Wright et al. Sci. Eng. Ethics 14, 323–336; 2008). What bandwidth does the PI have for such oversight?

Then there is a PI’s approach to other essential aspects of research. For example, do group members get experience of peer review and grant applications? Is such training neglected, or are trainees so burdened with it that their own research is compromised?

And in relation to psychological well-being, to what extent do group members perceive themselves to be treated fairly, in good times or bad? At least three organizations — Future of Research, Rescuing Biomedical Research and the Global Young Academy — have sprung up in the past decade to advocate for early-career researchers, suggesting that trainees do not feel they are receiving just treatment. In 2013, an anonymous survey at one institution found that almost one-third of trainees felt pressure to back a mentor’s research hypothesis even when data did not support it, and that nearly half knew of mentors who required trainees to have a high-impact publication before leaving the lab (A. Mobley et al. PLoS ONE 8, e63221; 2013).

What of the broader needs of the PI? Does the institution provide support for ongoing data management or training in group organization and leadership? Probably not much — a 2014 survey of around 3,500 faculty members funded by the US National Institutes of Health (NIH) found that only around one-quarter had had opportunities to receive training in being a better mentor (S. L. Titus and J. M. Ballou Sci. Eng. Ethics 20, 221–235; 2014).

Institutions should pursue such support and oversight, to help PIs assess their groups and to allow independent checks. And funders should insist on such support and appraisals. After all, what isn’t measured tends to get ignored.

Sometimes, funders’ efforts can undermine this process. To its great credit, the NIH has pursued measures requiring researchers to increase the reproducibility of their work. But it has not put enough money behind them, apparently believing that researchers should do the extra work anyway. Few other national funders have introduced any measures or financial support to enhance the technical and ethical integrity of research groups.

The National Academies report provides a helpful framework for such support to reduce what it refers to as “detrimental research practices”. And assisting PIs will produce benefits that accrue over generations. But it will take resources to make the system rise to expectations of objectivity, openness and good leadership, and no one seems willing to bite the bullet and move the funds — even though that would underpin public faith in science. Support for PIs in sustaining healthy research groups is thus a crucial target for investment.