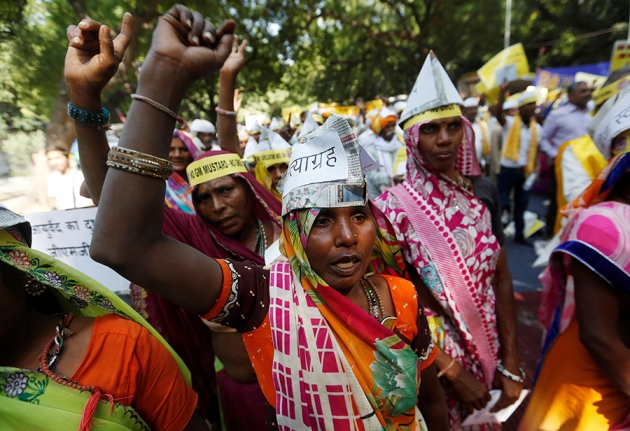 India’s long-standing push to approve genetically modified (GM) food crops has been controversially delayed, after an environmental campaigner launched a lawsuit that accuses scientists of deceiving the public about the benefits of transgenic mustard.

The claims are untrue, says Deepak Pental, a plant geneticist at the University of Delhi who has led research into the crop. “These attacks are only calculated to bring a bad name to Indian science,” he says. Other researchers are wary of pronouncing on the merits of the case, which is set for its next hearing in February. But the dispute has halted the approval of India’s first GM food crop, which had seemed imminent. No one is sure when the case will be settled, and a lack of transparency from the regulator that oversees GM-crop approvals adds further complications.

Approval of the first transgenic food crop would be a significant moment for India’s agricultural biotechnology industry, potentially paving the way for dozens of GM plants, says Trilochan Mohapatra, director-general of the Indian Council of Agricultural Research in New Delhi. The country currently permits only one GM crop, a variety of cotton that has transgenes to ward off certain insects.

In India — as in many nations — GM crops are a controversial technology. Researchers say the crops will help to feed the country’s growing population. But campaigners worry about safety and that multi­national agrotechnology firms could take control of the country’s food supply. In 2010, nationwide protests saw the govern­ment bar commercial planting of what was once set to be India’s first GM food crop: an insect-resistant aubergine (brinjal). It then gave states the power to veto GM-crop trials, effectively barring field tests. 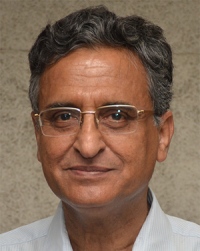 Deepak Pental has led research into GM mustard in India.

After Prime Minister Narendra Modi came to power in 2014, some field trials resumed. And the GM mustard (Brassica juncea) seemed poised for approval by September 2016, when India’s environment ministry released a review that found no safety concerns. Pental says that the crop raises yields of mustard seed by 25–30%, allowing more mustard oil to be produced, which could reduce India’s dependence on other, imported food oils.

But on 7 October, India’s Supreme Court agreed to hear a case brought by Aruna Rodrigues, an anti-GM campaigner who wants a moratorium on the crop’s approval until it undergoes an independent evaluation. While reiterating general concerns over GM crops, Rodrigues says that both Pental and India’s regulatory authorities have exaggerated the benefits of transgenic mustard, and that non-GM mustard could be just as high-yielding. Tests overseen by the environment ministry’s Genetic Engineering Appraisal Committee (GEAC) didn’t pit the new crop against its best possible competitors, she says. She accuses Pental and the authorities of deliberate deception.

Pental dismisses these criticisms. The trials were designed to test health and safety, he says, not to stringently compare yields against all competitors. It’s possible, he says, that non-GM varieties might produce higher yields than his first GM generation — but this hasn’t been tested. Ultimately, farmers will decide on the basis of how the crop performs, he says. The value of transgenic mustard, he adds, is that the introduced genes make it possible to cross-breed the seeds with a wide range of varieties, and to introduce other useful traits, such as resistance to blight or stem rot. Pental also rejects Rodrigues’s complaints of deliberate deception; particular accusations about fudged data, for example, relate to a simple mistake in data reporting, he says.

Rodrigues is also worried about a herbicide-tolerant trait bred into the crops — the trait aids the production of hybrid seeds, but Rodrigues says it could lead farmers to spray more herbicides in the field. Pental says that India’s agriculture ministry would have to give permission for farmers to spray herbicides, although other scientists note that in practice, the government will find it hard to stop unlicensed spraying. 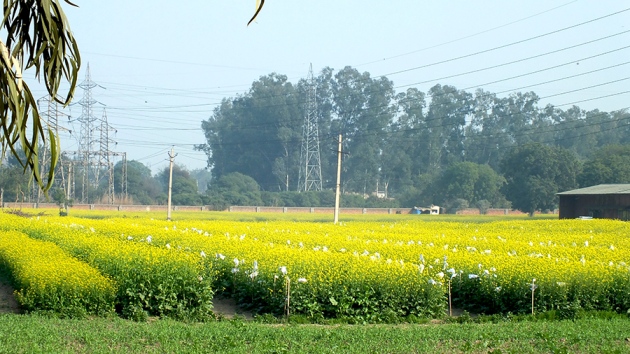 Hybrid mustard plants in field tests at the University of Delhi farm station.

And Rodrigues adds that DNA from transgenic mustard might contaminate nearby plants. Pental says that contamination is not a problem: “Even if transgenes go into another variety, what catastrophe is expected?” But other scientists are more cautious. “You cannot ignore the issue of contamination. It will have to be assessed very carefully,” says Imran Siddiqi, a biologist at the Centre for Cellular and Molecular Biology in Hyderabad.

Citing legal sensitivities and lack of familiarity with the case, researchers say they don’t know whether the GEAC and Pental’s team will defeat Rodrigues’s suit. But the legal wrangling is irritating and depressing for biotech researchers, says Govindarajan Padmanaban, a biochemist and scientific adviser to India’s Biotechnology Industry Research Assistance Council, a government body that promotes industry–academia partnerships.

Rodrigues’s case has also given a fresh airing to grievances over India’s GM-regulation system. In 2004, a former GEAC member called Suman Sahai lodged a Supreme Court case seeking a regulatory system with more transparency and a higher level of technical competence than she said the GEAC possessed. Sahai runs Gene Campaign, an advocacy organization based in New Delhi, which focuses on conserving India’s agrobiodiversity; she says that India needs a new independent body dedicated to biosafety testing. The Supreme Court is still considering her case, together with a decade-old lawsuit — filed by Rodrigues — seeking a national moratorium on GM crops.

The mustard case typifies the GEAC’s lack of transparency, say critics including Rodrigues. They note that the agency didn’t share its full biosafety assessment of the GM mustard publicly online — contrary to the orders of the government’s Central Information Commission, which enforces rights to information. Instead, the GEAC allowed only a limited inspection of its assessment, at its office in Delhi. Agency chair Amita Prasad says that the GEAC had to protect confidential information. For his part, Pental says he has no objection to the details being released, but that it’s up to the GEAC.

No one knows when the Supreme Court will decide on Rodrigues’s complaints, says Kabir Dixit, a lawyer in Delhi — but India’s government has already agreed that it needs the court’s permission before it can approve the mustard’s commercial release. Even if that happens, the crop may still face blocks by state governments. In some states, anti-GM farming organizations have already laid down ultimatums. Rakesh Tikait, a spokesperson for Bhartiya Kisan Union, a leading farmer’s organization in north India, says his group is not going to let GM mustard be planted. “If any shopkeeper is found selling GM mustard seed, all the seeds of his shop will be taken out and burnt and the shop’s shutters welded,” he says.