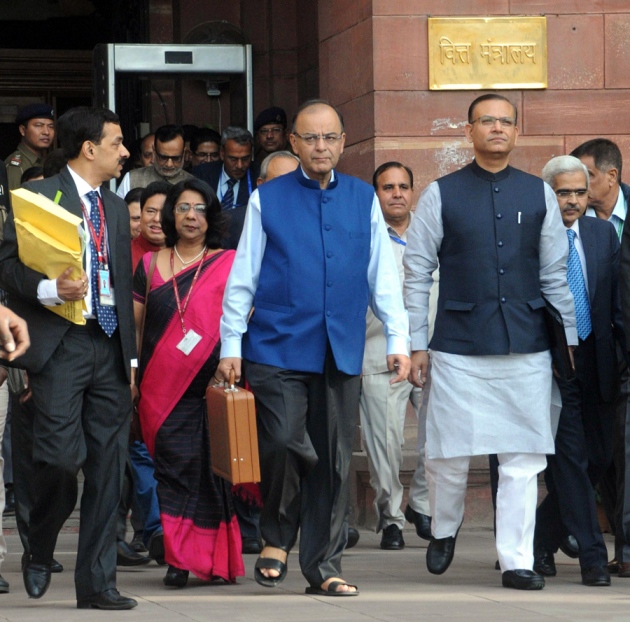 If India’s scientists had hoped that Prime Minister Narendra Modi’s sweeping victory in last year’s general election heralded a step change for research funding, they have now been twice disappointed. In the country’s 2015–16 budget, announced on 28 February, funding for science remained flat in real terms, and has nosedived for some departments. That echoes similar austerity in last year’s budget, the first of Modi’s term.

India's main agency for disbursing research grants, the ministry of science and technology, received 95 billion rupees (US$1.5 billion), an 8% hike over last year’s pledged funds, and slightly above inflation. But owing to cuts in research spending in other departments, the overall allocation for science (which includes seven other ministries that undertake research: agriculture, defence, Earth sciences, health, renewable energy, space and atomic energy), stood at 419 billion rupees, 3.4% more than what was pledged last year (see 'Budget allocations').

“What we have in this budget is inflation-adjusted funds,” says Dheeraj Sanghi, a computer scientist at the Indian Institute of Technology Kanpur. He says that Indian science departments need at least a 14–15% increase in funds each year. That would take into account the national rate of inflation, aspirations for high-quality research, and the need for more grants to fund research at the increasing number of elite centres in the Indian Institutes of Technology (IIT) group, he says.

“I wish they had taken this opportunity to increase funding,” says C. N. R. Rao, a materials scientist at the Jawaharlal Nehru Centre for Advanced Scientific Research in Bangalore who was head of India's Scientific Advisory Council under the country’s previous prime minister, Manmohan Singh. “There are scientists in India who want to do cutting-edge, competitive science,” he says. “But to be competitive you need more funds.”

All numbers are from the ministry-approved budget.

The funding requests came as part of an overall budget that saw little change on last year’s spending. Despite Modi’s stated aim to scale up renewable energy in India, the budget slashed the renewable-energy ministry’s funds to 3 billion rupees — down 68% compared to last year’s pledged funds, and down 45% on what was eventually allocated to the body after the government's usual mid-year budget revisions. The ministry for Earth sciences, which oversees research on climate change and meteorology, received a smaller cut of 4.6%.

Faring better were allocations for atomic-energy research and for space, which received increases of 5% and 2%, respectively. The space budget includes increased funds for Aditya-1, the country’s first satellite to study the Sun, intended to launch after 2017.

Many scientists were relieved that the science ministry's budget escaped the axe. “At least the funds for the science ministry have not been cut, as they have been for some other areas,” said Krishnaswamy VijayRaghavan, secretary of the Department of Biotechnology, which sits under the science ministry. He urged researchers to seek funds through national and international collaboration, rather than depend on a direct grant from the Indian government.

Finance minister Arun Jaitely announced cash for two more IIT centres and five more medical schools in the All India Institutes of Medical Sciences (AIIMS) system. Sanghi says that India should be increasing the number of IITs gradually, instead of the spurt of eight new centres over the past decade. “It has been difficult to manage the sudden increase in faculty and students at IITs,” he says. Rao says that a budget line that adds more institutes has little meaning in practice. “Some of the new IITs are still not functional,” he says.