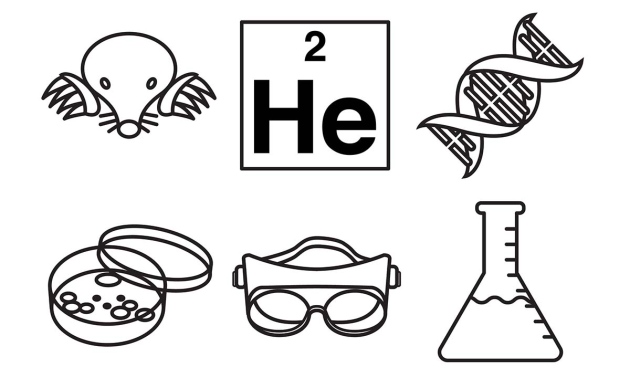 Just some of the new science-related emoji that could show up on your keyboard in the next year or so.

Science lovers, rejoice! More emoji designed for the nerd in all of us are on their way. This weekend, at the first-ever Emojicon in San Francisco, California, a group of science enthusiasts and designers worked on proposals for several new science-themed emoji. If these are approved, in a year or two, people could be expressing themselves with a heart–eye emoji wearing safety goggles.

On 6 November, the science emoji group submitted a formal proposal to the Unicode Consortium, the organization that oversees the official list of these icons, to include emoji for the other planets — aside from Earth — and Pluto. A second proposal, which the team plans to submit in the coming weeks, includes lab equipment (a beaker, Bunsen burner, fire extinguisher, Petri dish and goggles), a DNA double helix, a microbe, a chemical-element tile for helium, a mole (to represent the unit of measure and the animal) and a water molecule.

These would join existing official science-related emoji, such as a microscope, a telescope and a magnifying glass. There’s also an alembic — a piece of equipment used to distil chemicals — along with common plants and charismatic megafauna such as pandas. Unofficial sets of science-themed emoji include caricatures of Albert Einstein.

Emojicon attendees learnt about the software that encodes the images, which people use to make digital communications such as text messages more expressive, and the evaluation process Unicode uses when determining whether to add new emoji and standardize the glyphs. At the three-day event, people were also able to advocate for emoji they would like to see added to the official list and participate in a hackathon to develop new ones.

Those in the group working on science designs said it was important for current and future scientists to see their interests reflected in the universal emoji offerings. “Where’s my frowny-face scientist emoji to show that my experiment went wrong?” asks team leader Jessica Morrison, an editor at Chemical & Engineering News and a former intern with Nature News.

Seeing an emoji of something has a normalizing effect, says entrepreneur Alli McKee, who helped design the science group’s new emoji. Anna Smylie, a designer who also helped to create the new illustrations, says seeing science emoji would keep the subject at the forefront of people's thoughts.

But science enthusiasts may have to wait a while. That’s because there's a strict procedure for adding emoji to the official list. Anyone can petition to add a new character or emoji to Unicode, as long as they can write the proposal in English. The consortium considers proposals in the autumn, sending candidates through various subcommittees that may have further questions. Approved characters must then be encoded and added to the next version of Unicode, which is updated every summer. A few months later, they appear on phone keyboards after they're included in operating-system upgrades by manufacturers such as Apple and Samsung. The consortium adds about 70 new emoji a year.

Unicode subcommittee member Jennifer 8. Lee, a journalist, film producer and co-creator of the dumpling emoji, started recruiting for the science emoji group prior to the conference. She invited the American Chemical Society to attend Emojicon because the society had previously developed a chemistry-themed sticker app called Chemoji. The app has more than 13,000 downloads, which the subcommittee regards as providing an important demonstration of the potential popularity of more science-themed emoji.

Craig Cummings, vice-chair of Unicode's technical committee who advised the science emoji team, says that the planet emoji proposal could be fast-tracked for inclusion in the 2017 summer update. Implementation of the second collection of science emoji, if they're approved, could take longer. Cummings says they could be considered for the 2018 summer update.