How we made our predictions

To get a handle on the research enterprise for 2015, we went to the best available data we could find and made the best projections we could. This is what we did with the data — along with a discussion of the surprisingly frequent pitfalls and caveats.

Global spending on research and development: US$1.9 trillion
This figure is based on a February 2014 report from the US National Science Foundation (NSF) that had global numbers for the years 1996–2011 showing a steady increase. To confirm that the trend had continued for the past few years, we looked to a December 2013 report from the non-profit group Battelle. Both reports gave numbers in current dollars as of the reports’ publication, with no adjustment for inflation. We then made a simple linear fit to the NSF data, projected to 2015. 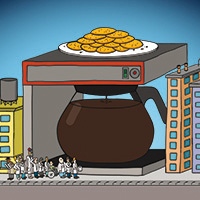 Coffee consumption: ~1 billion cups
This estimate is simply the total amount of coffee consumed in the world multiplied by the fraction of scientists in the world’s population.

The US Department of Agriculture projects that in the year running from June 2014 to June 2015, the world will consume 147.71 million 60-kilogram bags of coffee. Of course, the amount of coffee going into a cup varies — as does the size of a ‘cup’. We settled on 7 grams of coffee per cup.

That all works out to 1.7 billion cups of coffee drunk by scientists, which at 170.5 millilitres per cup, is 290 million litres, or half as large again as the volume of the Hindenburg airship.

But there are two obvious caveats. First: there’s a good chance that scientists consume more coffee than non-scientists, at least in the United States. A survey sponsored in part by the coffee chain Dunkin’ Donuts shows that ‘scientist/lab technician’ is the number-one coffee-addicted profession.

Second, coffee drinkers are not evenly distributed throughout the scientific world. According to the World Bank, China had around 1.4 million researchers to the United States’ 1.25 million in 2012. And Euromonitor reports that the average citizen drinks just over 1 cup of coffee per year (but 400 cups of tea, according to data referenced by the US–China Institute at the University of Southern California, Los Angeles). However, scientists tend to cluster in urban environments — where, in China, coffee is more common.

Taking all this into consideration, and with a fair bit of hand-waving, we’ve gone with a conservative order-of-magnitude estimate of ~1 billion cups.

Researcher hours: ~26 billion, or 2.9 million researcher years
Data from the NSF’s 2003 Survey of Doctorate Recipients gives an average working week of 48.79 hours. Many researchers will be quick to claim more — often (but not always) rightly so. However, the figure includes not just teachers and academics, who tend to have long working weeks, but also people in industry and government, who bring the average down.

There are a couple of other reasons why this number might be slightly lower than expected. The NSF survey includes doctorate holders whether or not they are actively involved in research. It also only counts hours for the respondent’s primary job, so secondary part-time positions aren’t included.

Still, it’s a starting point. Rigorous data on scientific working weeks are surprisingly difficult to come by. There’s a 1942 study by W. W. Charters, which reported median working weeks of 58 hours for a professor, with associate professors at 52 hours and assistant professors at over 60. More recently, a survey at Boise State University in Idaho yielded an estimate of 61 hours based on professors’ self-monitoring. (And a 2012 study found that many researchers download papers from Springer’s well outside the usual working hours.)

That gives 26 billion researcher hours, or 2.9 million researcher years. By comparison, that span of time would take us back to the heyday of our australopithecine ancestors on the plains of Africa.

Still, that means we spend less time each year on the scientific enterprise than we do watching YouTube (roughly 8 million years). 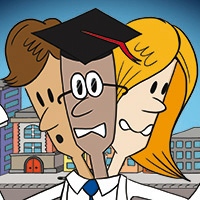 PhDs awarded: ~260,000
This number is calculated from the past five editions of the US National Science Foundation’s biennial treasure trove for science wonks, the Science and Engineering Indicators (SEI). There’s a significant reporting lag; the data in the 2014 report are from 2010. We’ve done a simple linear extrapolation to 2015.

There is, however, an important caveat: medical fields are ignored in the SEI’s numbers for international PhDs because “international sources cannot separate the MD degrees from degrees in the health fields, and the MDs are professional or practitioner degrees, not research degrees”. 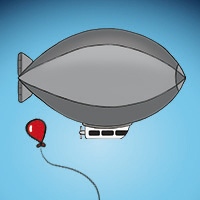 The SEI are the most consistent data. The World Bank shows similar numbers, but also a big drop from 2009 to 2010 that could be related to a change in the methodology. (It could also be real and related to the global recession, but it doesn’t appear in the SEI data. And in that case, a post-recession extrapolation would rely on just two data points, for 2010 and 2011.)

Retractions: 470
First, the caveat: there is no comprehensive database of retractions.This number comes from searching Web of Science for anything with the term ‘retracted article’ (which is the standard way the website flags retractions), then counting the number per year. Nature reporter Richard Van Noorden used similar methods in his 2011 feature.

We made a linear extrapolation for our 2015 projection. We excluded data from 2014 because they are not complete, and started counting in 2003, because that was when the Web of Science began to index retractions. The Lu et al. supplemental material is a good reference for the vagaries of attempting to compile retraction data (S. F. Lu, G. Zhe, B. Uzzi and B. Jones Sci. Rep. 3, 3146; 2013).

Patents filed: 2,600,000; patents granted: 1,200,000
The data for these projections came from the World Intellectual Property Organization. We summed the patents filed and granted since 1985, then plotted a 2015 extrapolation using a quadratic model.

However, since a dip in 2009 (perhaps recession-related), growth has been higher than before. You could argue that the rate of applications will be affected by changes in patent law and business practices, and that we should therefore only consider data after 2009, which would give a higher result. 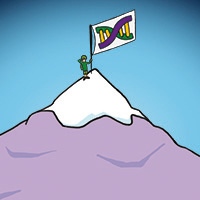 Nucleotide bases 15 billion deposited (cumulative)
Adding up numbers from the 15 December 2014 GenBank release notes (section 2.2.8) across both the conventional and whole-genome shotgun databases, as well as the transcriptome shotgun assembly RNA database (where available), we get:

By eyeballing this (and maybe squinting a little), it looks like the number of bases is doubling every two years (just a little behind Moore’s law). Our estimate for December 2015 then is ~15 trillion base pairs.

As for what is driving these ever-growing deposits, Mark Cavanaugh on the GenBank team singled out two big projects he suspected had contributed to this year’s record haul: nearly 40 avian eukaryotic genomes from the Beijing Genome Institute and a project of infectious-organism genomes from a collaboration between the Broad Institute of MIT and Harvard in Cambridge, Massachusetts, the University of Maryland in Baltimore, and the J. Craig Venter Institute Genomic Center for Infectious Diseases in Rockville, Maryland. 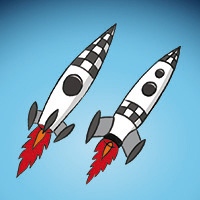 Dwarf planets to be visited: 2, Ceres and Pluto
Both of these ex-planets are getting robot visitors in 2015. Ceres will welcome NASA’s Dawn spacecraft sometime around March. On 14 July, NASA’s New Horizons probe will zip past Pluto and continue towards another Kuiper Belt Object, if fuel permits.