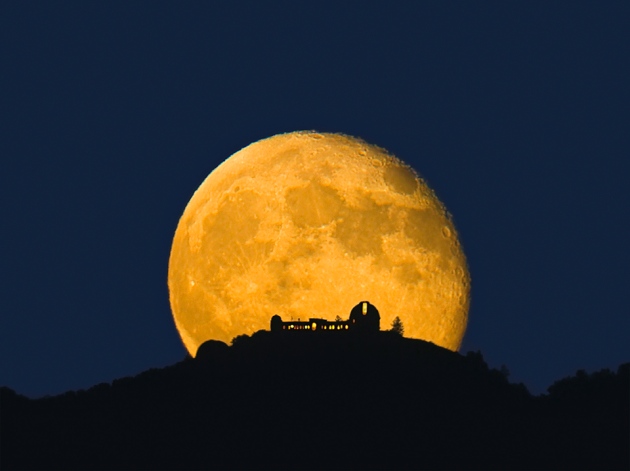 The Lick Observatory in California is home to an exoplanet search once run by Geoffrey Marcy, who left the University of California, Berkeley, after a sexual-harassment investigation.

Fabricating, falsifying or plagiarizing data can get a grant yanked or a researcher blacklisted for breaking the professional code of science. Now, some funders are facing a fresh challenge: what to do with grants given to scientists who commit sexual transgressions.

The US government does not classify sexual infractions as research misconduct. Instead, as recent high-profile cases illustrate, the National Science Foundation (NSF), NASA and the National Institutes of Health (NIH) must navigate a relatively new legal landscape when confronted with sexual harassment by grant recipients. What is clear, specialists in research ethics say, is that agencies, institutions and researchers all need to improve their response to such behaviour.

Change the system to halt harassment

“The public has a right for us to conduct publicly funded work honourably and with integrity,” says C. K. Gunsalus, director of the National Center for Professional and Research Ethics at the University of Illinois at Urbana–Champaign.

The latest scandal broke on 2 February, when The New York Times reported that molecular biologist Jason Lieb had left the University of Chicago in Illinois after an internal investigation found that he had made unwelcome sexual advances to female graduate students, and had engaged in sexual activity with a student who was incapacitated and could not consent. In January, it became public that Christian Ott, a theoretical astrophysicist at the California Institute of Technology in Pasadena, was on unpaid leave for violating the institution’s sexual-harassment policy. And last October, astronomer Geoffrey Marcy announced that he would retire from the University of California, Berkeley, after a similar verdict.

Lieb, Ott and Marcy have each brought millions in government research dollars to their universities, which must now decide how to handle the money. Funding agencies and institutions must comply with Title IX, a federal law that forbids sex discrimination (which, in legal terms, can include harassment or assault) in any educational programme that receives government money. The law has been on the books since 1972, but in 2011, the US Department of Education said that it would step up its enforcement of the sexual-harassment aspects.

To comply with Title IX, institutions must have a representative who investigates and resolves allegations of sex discrimination. The inquiries into Lieb, Ott and Marcy all went through the Title IX offices at their respective universities.

Sexual harassment must not be kept under wraps

Once a Title IX investigation is complete, the institution must decide whether to take disciplinary action. A funding agency can open its own inquiry and levy extra penalties if it deems them necessary. NASA and the NSF have both put out statements recently saying that they do not tolerate sexual harassment by grantees; the NSF even threatened to pull funds entirely from institutions that do not comply with Title IX. But it has never banned a grantee, let alone an institution, for violating Title IX.

“Statements are good for changing the culture, but they have to be supported by action,” says Katie Hinde, an anthropologist at Arizona State University in Tempe.

The process is more complicated than simply yanking existing grants. “People come to us and say, why don’t you fix it?” says James Ulvestad, head of the NSF’s astronomy division. “Well, what the funding agencies can do is what federal law allows us to do.”

In general, funding awards are made to institutions, not the person who is the principal investigator (PI) for the work. Even if a PI has been found to violate institutional policies, his or her grant money will continue to flow to support graduate students, postdoctoral fellows and other collaborators on an affected project.

Lieb is PI or co-PI on more than US$1.2 million in NIH grants, for which the University of Chicago may nominate someone to replace him. Ott is involved in more than $3.2 million in NSF funds; those grants are under review but their status remains unchanged for now, says NSF spokeswoman Ivy Kupec. Ott still has access to NSF facilities, including the Blue Waters supercomputer in Illinois, on which he runs simulations of supernova explosions.

Science and gender: Scientists must work harder on equality

Marcy had many lucrative private grants, including a share of the $100-million Breakthrough Listen search for extraterrestrial intelligence. Those have been transferred to new PIs. His old employer is now working on designating new PIs for the two NASA grants totalling roughly $1 million that are in Marcy’s name.

It was actually a case of sexual assault that prompted the modern US definition of research misconduct, says Nicholas Steneck, a specialist in research integrity at the University of Michigan in Ann Arbor. In 1989, the NSF received complaints about the actions of a senior researcher while taking undergraduates to a research site in another country. The agency’s inspector-general ultimately found the researcher to have committed “16 incidents of sexual misfeasance with female graduate and undergraduate students at the research site; on the way to the site; and in his home, car, and office”. Many could be classified as sexual assaults.

The agency barred him from receiving federal funding for five years, according to a definition of misconduct that at that time included “serious deviations” from accepted research practices. After a fierce battle over the meaning of the phrase, agencies excised it from their definitions of misconduct in 2000. “Sexual harassment shouldn’t be tolerated,” Steneck says. “But it’s not so easy to say, ‘It’s research misconduct and that’s the way it ought to be handled’.”

US agencies might learn a thing or two from funders in other countries, Steneck adds. Both Canada and Australia (see ‘Codes of conduct’) require federally funded scientists to meet a minimum ethical standard that specifically describes institutional roles.

“You need to set out a clear code of what to expect,” he says.

Countries have very different laws governing how to deal with sexual misconduct in recipients of federal research grants. Some link it closely to research misconduct; others address the issue as more of a workplace violation.

Canada
A three-agency framework for responsible conduct of research says that “researchers shall follow the requirements of applicable institutional policies and professional or disciplinary standards”.

Australia
The Australian Code for the Responsible Conduct of Research classifies “other forms of misconduct, such as harassment, bullying or financial misconduct” as covered by employee relationships with their institutions.

Europe
The European Code of Conduct for Research Integrity includes, among its principles of integrity, the “responsibility for the scientists and researchers of the future”.

United States
A phrase that covers sexual infractions was removed from the definition of research misconduct in 2000. But funders must adhere to a law known as Title IX, which prohibits discrimination on the basis of sex.