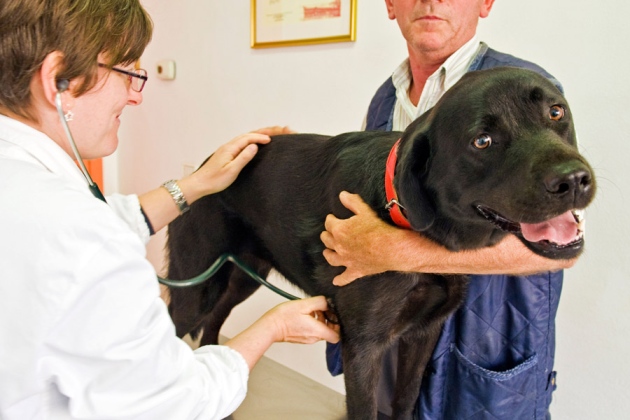 Canine tumours that spread by contagion are genetically almost identical from dog to dog, gene sequencing has shown.

The genome sequence of a contagious cancer suggests that it emerged in an ancient breed of dog some 11,000 years ago and spread around the globe around the time of Christopher Columbus.

Canine transmissible venereal tumour (CTVT) is typically transferred during sex and appears as an ulcerous, rose-coloured protrusion on the genitals of dogs (see picture at reader's discretion, due to its graphic nature). “It’s the oldest continuously surviving cancer we know of in nature,” says Elizabeth Murchison, a cancer biologist at the Wellcome Trust Sanger Institute in Hinxton, UK, who describes its sequence in a paper published today in Science1. “It’s a pretty astonishing thing that it’s managed to spread around the world and survive for so long.”

Tumours are masses of mutated cells that evolve ways to trick the immune system and proliferate unchecked. Normally, those tricks do not work if the cells are transplanted into another organism, where they are quickly recognized as foreign and destroyed.

However, in 1876 the Russian veterinarian M. A. Novinsky discovered that he could transplant CTVT tumours from one dog to another. Their cells would evade the new host's immune system and continue growing — a phenomenon previously unknown in the world of cancer biology. Although human tumours have been transmitted during organ transplantation or from a mother to a fetus, the only other naturally occurring contagious tumour known occurs in Tasmanian devils.

Once a contagious cancer such as CTVT begins spreading, it can be thought of as a kind of parasite that carries the original dog’s mutated genes with it, although small variations occur as it evolves with each new host. To understand this evolutionary process, Murchison and her colleagues selected two tumours for sequencing that would have had the opportunity to diverge for as long as possible: one from an Aboriginal camp dog in Australia’s Northern Territory, the other from an American cocker spaniel in southern Brazil.

The researchers then used the genomes to reconstruct what CTVT’s first host might have looked like. Previous studies were not able to establish whether CTVT emerged in wolves or dogs (see ‘Dog cancer traced back to wolf roots’), but Murchison says it first appeared in an ancient breed of dog, not unlike the Alaskan malamute, that was of medium to large size.

The two tumour genomes proved remarkably similar, and Murchison estimates that their most recent common ancestor occurred just 460 years ago. This suggests that CTVT remained in an isolated population of dogs for most of its history, then something happened that allowed it to move into other dog populations and spread around the world. Bridgett vonHoldt, an evolutionary geneticist who studies dogs at Princeton University in New Jersey, points out that 500 years ago was a period when “humans were really manipulating dogs and breeding them strongly for some product — whether it was a lap dog, a purse dog or a hunting dog”.

The genome of CTVT will be of interest to a wide range of cancer biologists. Unlike typical cancers, which usually involve several genetic lineages of cancerous cells competing with one another, every cell in the CTVT tumours had approximately the same genetic make-up. The genome contained a total of 1.9 million mutations, an astronomic number compared with the several thousand found in typical human cancers or the 20,000 or so found in the Tasmanian devil's facial tumours. About 42% of CTVT's mutations bear the signature of exposure to ultraviolet rays, which probably occurs during transmission or when the tumours protrude from the vagina or penis.

“These tumours are masters at survival, at transmission and at invading new tissues,” says Hannah Siddle, a tumour immunologist at the University of Southampton, UK, who studies contagious cancers. “We can learn a lot from them.”