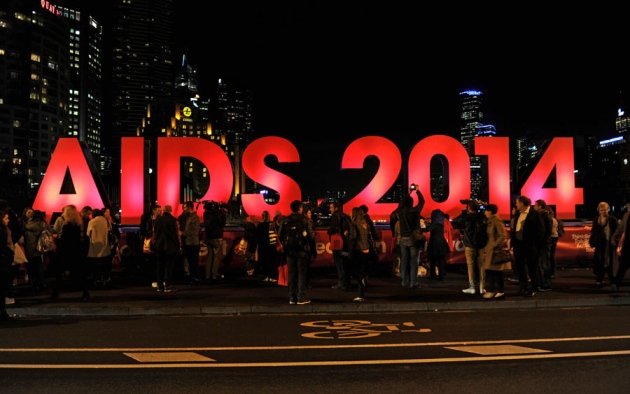 A leading HIV researcher and at least five other delegates to a major AIDS conference are among the 298 people who died on board the Malaysia Airlines flight MH17, which crashed on 17 July.

The Boeing 777 airliner was flying from Amsterdam to Kuala Lumpur when it was shot down by a surface-to-air missile over eastern Ukraine, killing all of those on board.

The 20th International AIDS Conference is being held from 20 to 25 July in Melbourne, Australia. Exactly how many delegates were on board flight MH17 has yet to be confirmed. The International Aids Society (IAS), which is organizing the conference, initially believed dozens had perished, but has now revised this figure down to “at least six”. Those delegates who have died include: 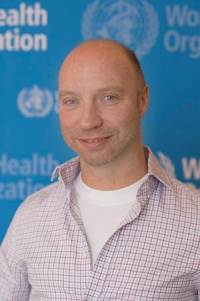 Glenn Thomas of the WHO died on board flight MH17.

• Joep Lange, professor of medicine at the Academic Medical Center, University of Amsterdam, and senior scientific adviser to the International Antiviral Therapy Evaluation Center in Amsterdam. He was also co-director of the HIV Netherlands Australia Thailand Research Collaboration and a former president of the IAS (see 'Scientist killed on MH17 brought HIV therapy to the poor').
• Jacqueline van Tongeren, ArtAids board member, partner of Joep Lange.
• Glenn Thomas, media relations coordinator at the World Health Organization (WHO) in Geneva, Switzerland.
• Lucie van Mens, director of programme development and support for the Female Health Company, which manufactures, markets and sells female condoms. ”She was a tireless pioneer in advocating for women's access to female condoms as dual protection to prevent HIV infection and unwanted pregnancy,” says Serra Sippel, president of CHANGE, the Center for Health and Gender Equity in Washington DC. Van Mens “will be greatly missed at such a critical time in the AIDS epidemic when we need to pay even greater attention to the prevention needs of women and adolescent girls”, adds Sippel.
• Martine de Schutter, programme manager of Bridging the Gaps at Aids Fonds, where she worked to make the treatment and prevention of HIV accessible to all.
• Pim de Kuijer, writer, political activist, AIDS campaigner and parliamentary lobbyist for STOP AIDS NOW!, an organization committed to expanding and enhancing the quality of the Dutch contribution to the AIDS efforts in developing countries.

David Cooper, an HIV researcher and director of the University of New South Wales' Kirby Institute in Sydney, Australia, is due to present  work on how bone-marrow transplants act as HIV suppressants at the conference. A friend of Lange, he told Nature's news team:

“He was a very close colleague and friend of mine, I’ve known him for 30 years, we worked together, we set up programmes together in Thailand, he’s a huge, huge loss. I think that they’re thinking about how they should honour him during the conference. But I don’t know for sure yet.”

Virologist Charles Boucher of Erasmus University Rotterdam, the Netherlands, is already in Melbourne ahead of the conference. "It’s totally depressing, everybody is depressed. You can imagine, this is horrible. It’s quite emotional," he says. 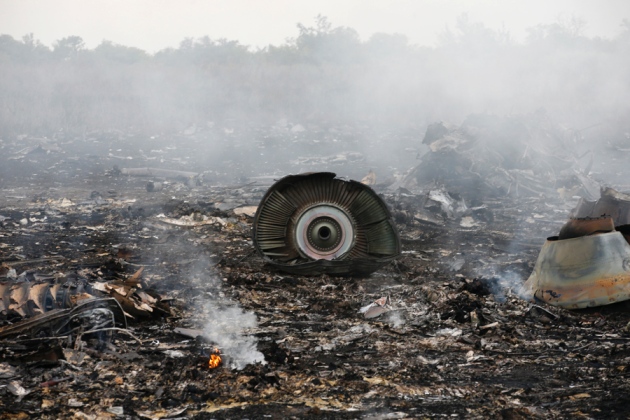 Debris from Malaysia Airlines flight MH17 near the settlement of Grabovo

Jeremy Farrar, head of the Wellcome Trust in London, said in a statement:

"I am deeply saddened that Joep Lange, his partner Jacqueline van Tongeren, and other colleagues from the World Health Organization and the HIV research community are reported to be among those killed in the MH17 disaster. Joep was a great clinical scientist, and a great friend of the Wellcome Trust and has long been a valued adviser. He was also a personal friend. He is a great loss to global health research. The thoughts and sympathies of all of us at the trust are with his family and other families who have lost loved ones in this tragedy."

In a statement, the IAS said that it was "continuing to work with the authorities to clarify how the tragic loss of Malaysia Airlines flight MH17 impacts our conference delegates, our conference partners, and our community as a whole". The society also said that the conference would proceed: "In recognition of our colleagues' dedication to the fight against HIV/AIDS, the conference will go ahead as planned and will include opportunities to reflect and remember those we have lost."

On 19 July, Malaysia Airlines released a full passenger list. The company says that 192 of the passengers were from the Netherlands, 44 from Malaysia, 27 from Australia, 12 from Indonesia, 10 from the United Kingdom, 4 from Belgium, 4 from Germany, 3 from the Philippines, 1 from Canada, and 1 from New Zealand.