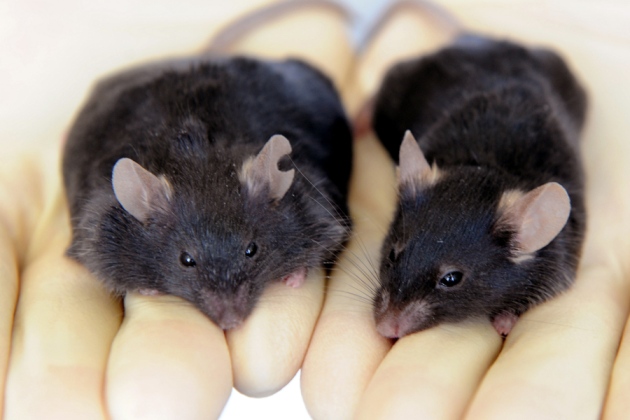 The health effects of a bad diet can carry over to offspring through eggs and sperm cells without DNA mutations, researchers have found. The mouse study, published in Nature Genetics1, provides some of the strongest evidence yet for the non-genetic inheritance of traits acquired during an organism’s lifetime. And although previous work has suggested that sperm cells can carry 'epigenetic' factors, this is the first time that such an effect has been observed with egg cells.

Researchers have suspected for some time that parents' lifestyle and behaviour choices can affect their children's health through epigenetics. These are chemical modifications to DNA or the proteins in chromosomes that affect how genes are expressed, but that do not alter the gene sequences themselves. Whether those changes can be inherited is still controversial.

In particular, there have been suggestions that parental eating habits might shape the offspring's risk of obesity and diabetes. However, it has been difficult to disentangle the possibility that the parents’ behaviour during pregnancy or during the offspring's early childhood was to blame, rather than epigenetic changes that had occurred before conception.

To get around this issue, endocrinologist Peter Huypens at the German Research Center for Environmental Health in Neuherberg, Germany, and his colleagues gave genetically identical mice one of three diets — high fat, low fat or standard laboratory chow — for six weeks. As expected, those fed the high-fat diet became obese and had impaired tolerance to glucose, an early sign of type 2 diabetes.

The team then took eggs and sperm cells from each of the three groups and performed in vitro fertilization (IVF), implanting the resulting embryos into healthy surrogate mothers. The idea was that if a physical trait or behaviour was observed in the offspring, it could only have been transmitted through the egg or sperm cells. (Previous studies that did not include IVF had offered evidence for epigenetic transmission from the fathers, but could not exclude mothers' effects through development or nursing.) “Their design means that previous possible confounders like maternal bonding, feeding and the microbiome are ruled out,” says Tim Spector, a genetic epidemiologist at King’s College London, who was not involved in the study.

When the adult offspring were subsequently fed a high-fat diet, those with obese parents seemed more prone to gaining weight and developing glucose intolerance, particularly if both parents were obese. The offspring of two lean parents gained the least weight.

“It nicely shows that metabolic alterations in the offspring are more important if both eggs and sperm have been collected from high-fat-diet fed animals, suggesting the effect of maternal and paternal diet are additive,” says Romain Barrès, a molecular biologist at the University of Copenhagen, who was also not involved in the study.

Curiously, the authors reported differences between male and female offspring: daughters seemed more prone to gaining weight if their parents had been obese, whereas sons were only more prone to developing glucose intolerance. The mother’s diet also seemed to have a greater influence on the offspring’s metabolism than the father’s did. This is interesting, because a similar pattern has been seen in some human epidemiological studies, says Huypens.

However, Isabelle Mansuy, a neuroepigeneticist at the University of Zurich in Switzerland, finds the sex differences troubling. The IVF procedure involves stimulating the females with hormones, she points out, which “alters metabolism in eggs, raising the concern that this may differently affect eggs from obese females and result — at least in part — in the effects”.

She also notes that the offspring of obese parents gained weight when they were fed a high-fat diet, but the authors did not test if the offspring gained weight under normal conditions. The idea of epigenetic inheritance is that the effects of parents’ exposure to a risk factor should appear even when the offspring are not exposed to it, she says.

Assuming that the results can be replicated, the next question is how traits are being passed from parent to offspring. Two major mechanisms that affect gene expression have been proposed for epigenetic inheritance. One is that it occurs through chemical modifications of DNA called methylations, and another is that short RNA chains called microRNAs are inherited in the sperm or egg cell along with the DNA. So far, the German team has found differences in methylation patterns and in the RNA transcripts in egg and sperm cells from both obese and healthy animals, but it’s not yet clear whether these are bringing about the changes in the offspring.

Another question is whether any period of obesity in a parent would affect the offspring’s metabolism, or whether just overeating during certain phases of life has an effect. In the current study, the effects were only seen if the mice were overfed after they reached adulthood.