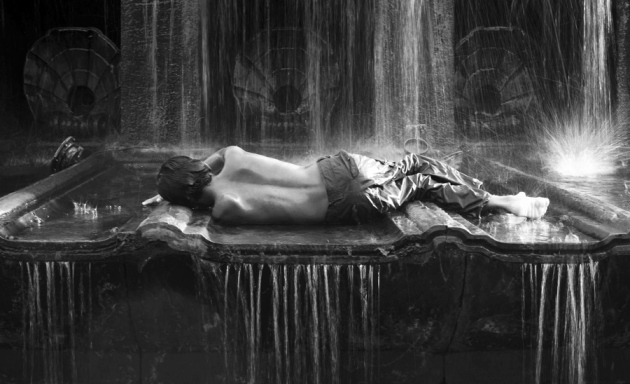 Keeping cool will get more difficult as heatwaves soar.

Scott Pruitt achieved something of a political first last week. The controversial head of the US Environmental Protection Agency (EPA) was grilled by the officials who control his budget and told that he had asked for too little cash. In fact, the officials insisted, they were determined to give his agency more than he had requested.

“I can assure you, you’re going to be the first EPA administrator that’s come before this committee in eight years that actually gets more money than they asked for,” said Oklahoma congressman Tom Cole, a member of the US House of Representatives Committee on Appropriations who, as a Republican, is nominally on the same side as Pruitt. In a gruelling session, Pruitt was left in no doubt of what the committee members thought of proposals from Donald Trump’s administration to slash both the spending and the remit of the EPA.

“I’ll get straight to it. The fiscal year 2018 budget request for EPA is a disaster,” said Nita Lowey, a Democratic representative for New York who sits on the committee. The intended cuts of US$2.4 billion to the agency budget, she said, would “surely impact EPA’s ability to fulfil its critical mission of protecting the air we breathe and the water we drink”.

Not so, Pruitt stated. With less money and fewer staff, the agency would do a better job and be able to focus more on its core mission. What’s more, President Trump’s high-profile exit from the Paris agreement on climate change, he has promised, does not undermine US leadership on and engagement with the problem.

Meanwhile on planet Earth the heat is rising. Britain was hit by a heatwave at the weekend that forecasters say could last for weeks, and temperatures in California are predicted to reach record levels in a few days’ time. The world is cooking and we should anticipate more of the same.

From extreme rainfall to rising sea levels, global warming is expected to wreak havoc on human lives. Sometimes, the most straightforward impact — the warming itself — is overlooked. Yet heat kills. The body, after all, has evolved to work in a fairly narrow temperature range. Our sweat-based cooling mechanism is crude; beyond a certain combination of high temperature and humidity, it fails. To be outside and exposed to such an environment for any length of time soon becomes a death sentence.

And that environment is spreading. A death zone is creeping over the surface of Earth, gaining a little more ground each year. As an analysis published this week in Nature Climate Change shows, since 1980, these temporary hells on Earth have opened up hundreds of times to take life (C. Mora et al. Nature Clim. Change http://dx.doi.org/10.1038/nclimate3322; 2017). At present, roughly one-third of the world’s population lives for about three weeks a year under such conditions. If greenhouse-gas emissions continue to rise unchecked, that figure could climb, exposing almost three-quarters of the population by the end of the century.

The analysis also reveals that even aggressive reductions in emissions will lead the number of deadly heatwaves to soar in the coming decades. Cities including London, New York, Tokyo and Sydney have all seen citizens die from the effects of excessive heat. By 2100, people in the tropics could be living in these death zones for entire summers. It’s true that warmer winters will save lives further north. And those living in urban environments may find ways to adapt to the new norm of extreme heat. But, if the researchers are correct, the politics of Pruitt and those who try to hold him to account will seem quaint and anachronistic to our grandchildren. For they will live in a world in which most will see the environment less as something to protect, and more as something to protect themselves and their families from.