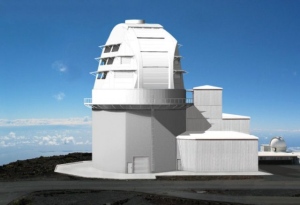 After being thwarted for years by objections from Hawaiian native groups, the world’s largest solar telescope is set to rise atop Haleakala, the dormant volcano that is the highest mountain on the island of Maui.

On 9 November, Hawaii’s Board of Land and Natural Resources issued a construction permit for the 4-metre Advanced Technology Solar Telescope (ATST), which with a 43.5-metre-tall enclosure will tower over the many other astronomical facilities on the mountain. The project will begin removing rocks and grading the 3,084-metre summit site as early as next week.

“We’re excited to finally move ahead,” says project director Thomas Rimmele of the US National Solar Observatory (NSO) in Sunspot, New Mexico. He says that the telescope will allow astronomers to see the fine-scale structure of magnetic fields that lead to violent solar events such as flares and coronal mass ejections.

The controversy over the ATST exemplifies the tensions between large-scale astronomy and those Hawaiians who view the giant telescopes that crown their sacred mountains as an affront. After years of environmental-impact assessments, the project received a construction permit in December 2010. But that was immediately contested by Kilakila O Haleakala, a group whose website calls building of the telescope “cultural genocide”. The impasse was broken this month when a board-appointed arbiter found the permit to be justified — almost two years after it was issued.

“It takes as long as it takes,” says ATST project manager Joe McMullin, of the NSO’s office in Tucson, Arizona.

To help to secure the green light, the project has agreed to some significant concessions, including hiring a cultural specialist in the form of Dane Maxwell, a 'kahu' or traditaional Hawaiian spiritual leader. “He has done blessings for us,” says McMullin. Construction workers will be required to take 'sense of place' training so that they don't desecrate the site as they work. The project will also build a shrine, or 'ahu', adding to two shrines built earlier by the University of Hawaii’s Institute for Astronomy which owns the site.

The project also employs a staff biologist to monitor the nesting burrows of an endangered bird, the Hawaiian petrel or ’ua’u (Pterodroma sandwichensis). The project will trap feral cats, and will build a fence to keep out feral goats, which can trample the burrows. In total, says McMullin, the project will have spent several million dollars addressing the site’s cultural and environmental sensitivities.

But that pales in comparison with the costs associated with the delays. Because the project has had to pay for a standing army of project staff, and for storage of already built components, McMullin says, the telescope's US$298-million price tag may rise by about 10%. Nearly half of its funding comes from economic-stimulus money made available by the federal government in 2009, with the US National Science Foundation planning to provide the rest of the money.

Staring at the Sun

Once complete, the telescope will be used to gather polarized light from the Sun’s surface. That will allow astronomers to trace out magnetic field lines — and perhaps identify magnetic flux tubes, fine scale short-lived structures that are thought to be precursors to violent solar events. “We see when they happen,” says Rimmele. “But we don’t see why they happen, or what the trigger mechanisms are.” Eventually, Rimmele hopes, the ATST will make a contribution towards predicting the changes in plasma, magnetic fields and radiation that make up space weather.

The researchers will also use a device inside the telescope to block the Sun's disk so that they can see, and study field lines within, the faint, wispy solar corona. Paradoxically, every centimetre of the telescope’s huge mirror will be needed to gather enough photons from the faint corona to study it effectively.

Blasted by the Sun, the ATST also has to find ways to stay cool and disperse some 13 kilowatts of heat. Air jets on the back of the primary mirror will keep it at ambient temperature, and some of the silicon optics will be kept cool with water.

Telescope operations are now expected to begin in 2019. McMullin says that other astronomers hoping to run projects in Hawaii should take heed of the time, money and effort required. For example, the Thirty Meter Telescope, a planned optical telescope led by a consortium of Californian universities, is stuck in a contested process for a permit to build on another Hawaiian mountain, Mauna Kea. “The conclusion is: this is the right way to do this,” says McMullin. “But it’s going to take a long time and cost you a significant amount of money.”