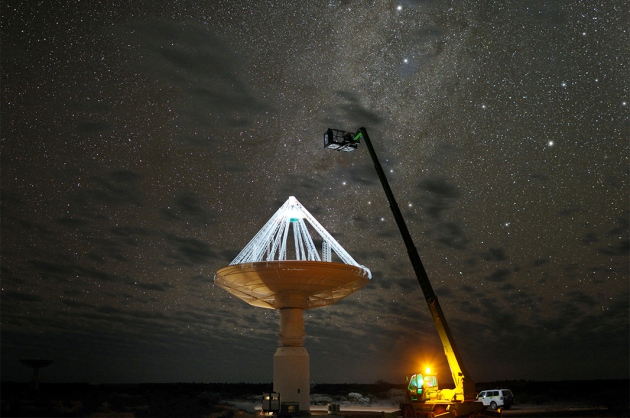 Designs for the world’s largest radio telescope have been scaled back to save money — a decision that astronomers say could affect its ability to peer deep into the Universe’s past.

The Square Kilometre Array (SKA), a telescope 50 times more sensitive than current instruments, is expected to cost billions of dollars. Its final design calls for around 2,000 radio dishes in Africa, together with up to one million antennas in Australia, that will have a total light-collecting area of roughly 1 square kilometre — hence the project's name.

But the first phase of construction, called SKA1, is a more modest affair. Already slimmed down from a larger design proposed in 2013, it now comprises 194 dishes in South Africa and around 130,000 antennas in Australia. In March, the SKA's board said that the project would have to find further cuts of around 20% so that it could be built within a €674 million (US$785 million) cap imposed by the project’s ten funders — Australia, Canada, China, India, Italy, New Zealand, South Africa, Sweden, the Netherlands and the United Kingdom. And at a meeting in the Netherlands on 18–19 July the board decided to make the savings by, among other measures, scaling back SKA1’s computing power and crowding its antennas and radio dishes closer together.

It’s the latter idea that concerns astronomers the most. Packing the telescope’s individual components into a smaller space will mean a loss of resolution, making SKA1 less able to pick up on fine details.

In most cases this change won’t seriously affect the array’s scientific projects, says Tony Beasley, an astronomer and head of the US National Radio Astronomy Observatory in Charlottesville, Virginia. But Heino Falcke, an astronomer at Radboud University in Nijmegen, the Netherlands, says that it may have an impact on the project's ability to detect faint signals emanating from a few hundred million years after the Big Bang, when the Universe’s first stars and galaxies formed and began to emit light.

The cost of change

Astronomers were consulted about the changes at a meeting in Manchester, UK, in June. But since then, they have grown more concerned about the idea of crowding the Australian stations closer together. So the board's decision may not be final: SKA working groups are still running simulations to work out the impact of the change, says Philip Diamond, the director-general of the SKA Organisation at the Jodrell Bank Observatory near Manchester.

Once construction starts on the antennas, it would be difficult and expensive to change the distances between them, says Roy Maartens, an astronomer at the University of the Western Cape in Bellville, South Africa. But if the SKA board can find some additional funding in the next two years, the design change could be rolled back.

Moving the antenna clusters a more comfortable 50 kilometres apart, for instance, would only add another €14 million to the budget, Diamond says. “This is at the top of our list of things to restore once more funding becomes available.” 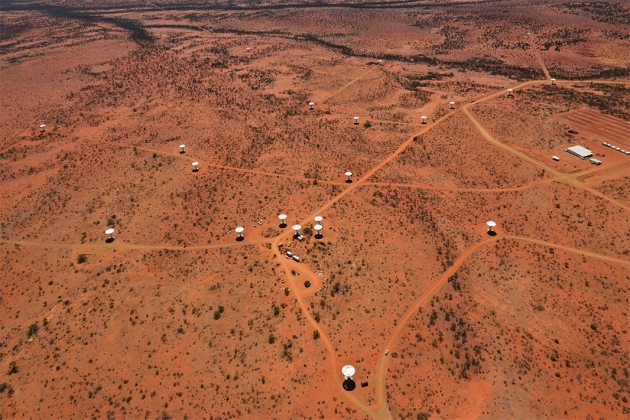 Astronomers are less worried about the decrease in computing power, from 260 petaflops to 50 petaflops, says Falcke. Although this means it will take longer to process data, the limiting factor for translating SKA1’s observations into images will be ironing out initial problems with software and algorithms. By the time they’re sorted, the project will be looking to upgrade to a new generation of computers anyway, he says.

The cuts are a "sensible compromise", given the funds available, says Huib Jan van Langevelde, an astronomer who heads Europe's Joint Institute for Very Long Baseline Interferometry in Dwingeloo, the Netherlands.

“The bottom line is the SKA1 will still be doing transformational science,” says Maartens.

Diamond says he hopes that more countries can be persuaded to join the SKA project and inject extra funding, or that existing members will bring more money to the table. But some astronomers are not convinced that will happen. "In this environment, where they are continuously back-pedalling, are major partners going to come forward?” says one astronomer who asked not to be named.

After delays caused by choosing what to cut in SKA1’s design, construction is set to begin in mid-2019. But the SKA still lacks an intergovernmental organization to run it. Diamond says that a treaty to create such an organization should be ready this year, and all member countries will need to ratify it before construction starts. No funding has yet been agreed for development of SKA beyond its first phase, but a construction push has been tentatively earmarked for the mid-2020s.