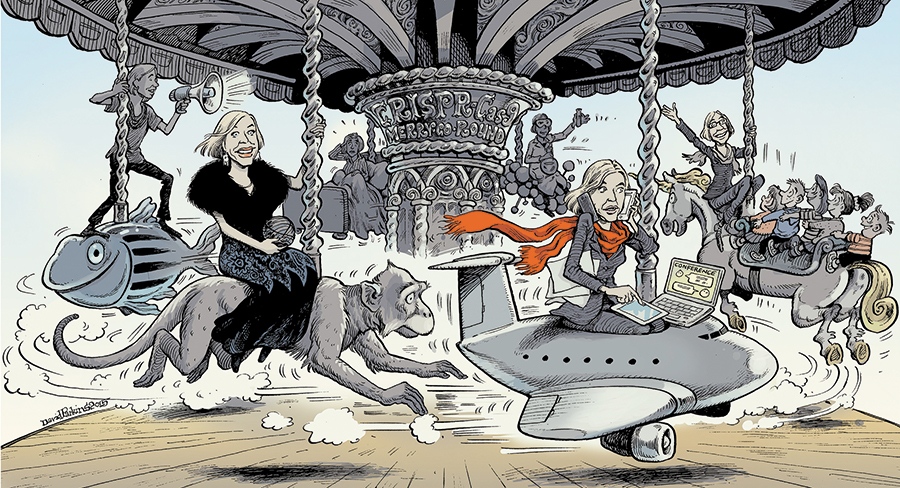 Some 20 months ago, I started having trouble sleeping. It had been almost two years since my colleagues and I had published a paper1 describing how a bacterial system called CRISPR–Cas9 could be used to engineer genomes (see ‘Based on bacteria’).

I had been astounded at how quickly labs around the world had adopted the technology for applications across biology, from modifying plants to altering butterfly-wing patterns to fine-tuning rat models of human disease. At the same time, I'd avoided thinking too much about the philosophical and ethical ramifications of widely accessible tools for altering genomes.

Questions about whether genome editing should ever be used for non-medical enhancement, for example, seemed mired in subjectivity — a long way from the evidence-based work I am comfortable with. I told myself that bioethicists were better positioned to take the lead on such issues. Like everyone else, I wanted to get on with the science made possible by the technology.

Yet as the uses of CRISPR–Cas9 to manipulate cells and organisms continued to mount, it seemed inevitable that researchers somewhere would test the technique in human eggs, sperm or embryos, with a view to creating heritable alterations in people. By the spring of 2014, I was regularly lying awake at night wondering whether I could justifiably stay out of an ethical storm that was brewing around a technology I had helped to create. 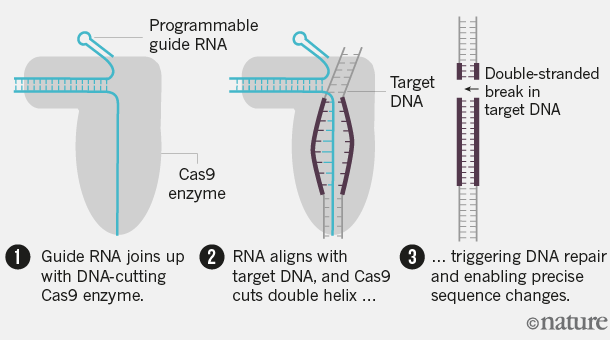 Clustered regularly interspaced short palindromic repeats, or CRISPRs, are repeating sequences found in the genetic code of bacteria. They are interspersed with 'spacers' — unique stretches of DNA that the bacteria grab from invading viruses, creating a genetic record of their malicious encounters.

On a repeat encounter with a virus, a bacterium can produce a stretch of RNA that matches the viral sequence, using the material in its spacer archive. This 'guide RNA' teams up with DNA-cutting Cas enzymes, encoded by nearby CRISPR-associated genes, to seek out and 'cleave' the matching viral sequences, stopping the virus from replicating.

By engineering the guide RNA, researchers can programme Cas enzymes — most commonly Cas9 — to match the DNA at specific sites that they want to cut in a cell's genome. This triggers a DNA repair that can result in precise sequence changes to the gene of interest.

“I hope you're sitting down because it's unbelievable how well it's working.” That was the verdict, delivered in December 2012, of a colleague who had been experimenting with CRISPR–Cas9. It reflected my own lab's experience, and that of others who had contacted me that autumn to share their excitement about the genome-editing technology.

It often takes years for a new molecular tool to take hold. Yet even before the end of 2012 — just a few months after my colleagues and I had published our initial study — at least six papers describing different uses of CRISPR–Cas9 for genome engineering had been submitted for publication.

In early 2013, several papers, including some describing how the technology could be used to edit the genomes of human stem cells and to alter a whole organism (the zebrafish), were an early indication of the coming tsunami2, 3. By the end of 2014, scientists had — among other things — used CRISPR–Cas9 to enhance pest resistance in wheat, reproduce the carcinogenic effects of specific chromosome translocations in mouse lungs and correct a mutation in adult mice that in humans causes the disease hereditary tyrosinaemia4, 5, 6.

An ethically more complicated potential use of CRISPR–Cas9 was underscored in February 2014, when researchers described how they had used it to make precise changes to the genomes of cynomolgus monkey embryos7. (Cynomolgus monkeys are so genetically close to humans that they are commonly used to model human genetic disease.) The monkeys that developed — through implantion of the embryos into surrogate mothers — carried the genetic changes in most of their cells, including their eggs or sperm. This meant that the alterations could be passed down to future generations. 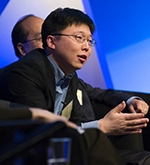 I was alerted to the paper by reporters seeking my comments on the research. After reading the preprint, I gazed out of my office window and across the San Francisco Bay and pondered how I would feel if the next reporter to contact me wanted to know about genome-editing work involving human embryos. “How long will it be before someone tries this in humans?” I wondered aloud to my husband over breakfast the next day.

At the same time, I had been receiving e-mails from people facing potentially devastating genetic predicaments. In one message, a 26-year-old woman told how she had discovered that she carried the BRCA1 mutation, which gave her a roughly 60% chance of developing breast cancer by the time she was 70. She was considering having her breasts and ovaries removed, and wanted to know whether the approaches made possible by CRISPR–Cas9 meant that she should hold off.

The monkey study and interactions with patients or their relatives weighed on me. Every day brought a new influx of papers describing research using CRISPR–Cas9. My inbox was full of requests from researchers seeking advice or collaboration. All this activity could have a direct impact on human life, yet most people I knew outside of work — neighbours, extended family members, parents of my son's classmates — remained largely oblivious. I felt as though I was living in two separate worlds.

Towards the end of 2014, my unease outweighed my reluctance to step into a more public discussion. It was clear that governments, regulators and others were unaware of the breakneck pace of genome-editing research. Who besides the scientists using the technique would be able to lead an open conversation about its repercussions?

My first serious foray into the ethics was a one-day conference in January in California's Napa Valley, which I helped to organize and which was sponsored by the Innovative Genomics Initiative. Eighteen of us (scientists, bioethicists, a film-maker and an administrator from the University of California, Berkeley) discussed how genome engineering could affect health care, agriculture and the environment. In particular, we talked about issues surrounding the modification of the human germ line — eggs, sperm and embryos. 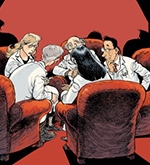 Shortly after the meeting, we published a perspective article in Science8 that urged the global scientific community to refrain from using any genome-editing tools to modify human embryos for clinical applications at this time. We also recommended that public meetings be convened to educate non-scientists and to enable further discussion about how research and applications of genome engineering might be pursued responsibly.

Since the Napa meeting, I have given more than 60 talks about CRISPR–Cas9 — at schools, universities and companies, and at some two dozen conferences across the United States, Europe and Asia. I have spoken about it before the US Congress; talked to staff members at the White House Office of Science and Technology Policy, which provides science advice to the US president; and answered questions from the governor of California, among many others. These discussions have pushed me far outside my scientific comfort zone.

I am a biochemist; I haven't worked with animals, human subjects or human tissues, and there was a lot that I didn't know about the ethical difficulties inherent in other areas of research such as cloning, stem cells and in vitro fertilization. I have relied on the generosity of colleagues who have helped to educate me — about how experiments involving human subjects or tissues are regulated in different countries, for example, and how ethical difficulties stemming from in vitro fertilization have been handled historically.

“These discussions have pushed me far outside my scientific comfort zone.”

This year has been intense — and intensely fascinating. At times I have wished that I could step off the merry-go-round, just for a few minutes, to process everything. Ensuring that my travel and other commitments do not disrupt the progress of my lab members has been a priority, but working with them has increasingly involved meeting at night or on weekends, or conferring by e-mail or Skype. For now, time for my beloved vegetable garden and for hikes into the wilds of California with my 13-year-old son is gone.

Almost three years after a colleague warned me that a “tidal wave” of research, discussion and debate involving CRISPR–Cas9 was coming, I still don't know when the wave will crest. But as the year ends, there are some things of which I am sure.

With only 18 attendees — all from the United States and most of whom were scientists — the Napa meeting could only ever be a starting point for a broader conversation. But the meeting, and the commentary that resulted, were important on two fronts.

By mid-2014, I was concerned that CRISPR–Cas9 would be used in a way that was either dangerous, or perceived to be dangerous, before scientists had communicated enough about it to the wider world. I wouldn't have blamed my neighbours or friends for saying, “All this was going on and you didn't tell us about it?” The Science perspective, and a related Comment published in Nature the week before9, helped to convey the message that those leading the work recognized that they had a responsibility to voice concerns. 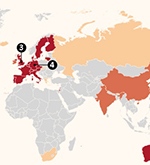 The discussion initiated by these articles — which grew more urgent when a study was published in April in which CRISPR–Cas9 was used to modify the genomes of non-viable human embryos10 — also helped to set in motion the multitude of hearings and summits that have happened around the world since. The most prominent of these occurred in Washington DC earlier this month when the Chinese, US and UK science academies co-hosted a meeting on gene editing in humans.

With science now so influenced by international collaboration, scientists can in principle shape the direction of the global scientific enterprise to some extent through self-censorship. It seems obvious to me now that engendering more trust in science is best achieved by encouraging the people involved in the genesis of a technology to actively participate in discussions about its uses. This is especially important in a world where science is global, where materials and reagents are distributed by central suppliers and where it is easier than ever to access published data.

I am excited about the potential for genome engineering to have a positive impact on human life, and on our basic understanding of biological systems. Colleagues continue to e-mail me regularly about their work using CRISPR–Cas9 in different organisms — whether they are trying to create pest-resistant lettuce, fungal strains that have reduced pathogenicity or all sorts of human cell modifications that could one day eliminate diseases such as muscular dystrophy, cystic fibrosis or sickle-cell anaemia.

But I also think that today's scientists could be better prepared to think about and shape the societal, ethical and ecological consequences of their work. Providing biology students with some training about how to discuss science with non-scientists — an education that I have never formally been given — could be transformative. At the very least, it would make future researchers feel better equipped for the task. Knowing how to craft a compelling 'elevator pitch' to describe a study's aims or how to gauge the motives of reporters and ensure that they convey accurate information in a news story could prove enormously valuable at some unexpected point in every researcher's life.