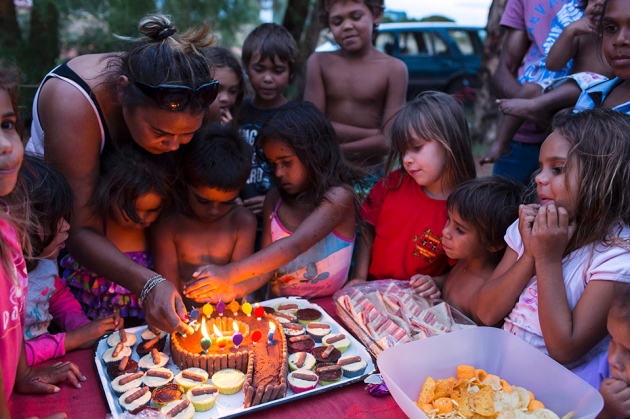 Aboriginal Australian communities have had a troubled history with genetics researchers.

In 1938, anthropologists Norman Tindale and Joseph Birdsell set off on an 18-month, 29,000-kilometre expedition to survey Australia’s indigenous groups. They took photographs, physical measurements and hair samples from thousands of Aboriginal Australians at a time when few protections existed for research subjects, and well before the country’s government granted full citizenship to Aboriginals in 1967.

Western museums are filled with Aboriginal Australian artefacts, as well as hair, skulls and other tissues collected on similar expeditions. And decades of such treatment by researchers engendered strong mistrust among Aboriginal communities. However, a new generation of geneticists is attempting to repair relations. These scientists are eager to fill gaps in their knowledge of human prehistory, while also involving communities in genomics research.

Three papers published this week in Nature1–3 use genome data from Aboriginal Australians. One reports sequences from 83 individuals and is the largest survey of Aboriginal genetic diversity yet published. With the other two papers, it helps to chart human migrations out of Africa and into Australasia, addressing a major question about how Homo sapiens moved around the world.

Two decades later, publication of the first Aboriginal Australian genome4 was nearly shelved because researchers did not get approval from any Aboriginal group before sequencing some hair collected in the 1920s. After a team member threatened to withdraw from the project, lead author Eske Willerslev, an evolutionary geneticist at the Natural History Museum of Denmark in Copenhagen, went to Western Australia to seek the blessing of an Aboriginal group in the region where the hair had been collected.

“I do regret that I didn’t approach them before we had started undertaking the study,” says Willerslev. But he is glad that he obtained their backing before publication in 2011.

In the study published this week1, Willerslev and his team sequenced Aboriginal Australian genomes to trace the arrival of humans in Australia some 50,000 years ago and track their spread across the continent. Willerslev says his meeting with Goldfields Land and Sea Council — the group consulted for the 2011 genome study — paved the way for outreach to other communities.

“Increasingly, there is an awareness that there are rules and terms of engagement in terms of doing research with Aboriginal people and communities,” says Alex Brown, a public health researcher at the University of South Australia in Adelaide and an Aboriginal Australian. He and Willerslev are now studying type 2 diabetes in Aboriginal people, who have much higher rates of the disease than other Australians.

Other geneticists are also trying to build bridges with indigenous groups. The Aboriginal Heritage Project, which aims to sequence DNA from the 5,000 hair samples that Tindale, Birdsell and others collected, is seeking approval from living descendants before doing any sequencing. And their engagement does not end there. “We’re asking them what they want to find out, rather than the other way around, which is how most research is done on Aboriginal groups,” says project leader Alan Cooper at the University of Adelaide. Of the 150 families approached so far, only one has declined to participate.

“It’s really important that people have a sense of ownership.”

The National Centre for Indigenous Genomics (NCIG), which maintains a database of 7,000 blood samples gathered from nearly 50 communities since the 1960s, is also giving Aboriginal groups a say in research. Blood samples will not be included in its database without permission from individuals or their surviving relatives, and a committee of indigenous Australians will weigh all requests from researchers to access the data. Participants can see how their data are used through an Internet portal and can withdraw their DNA from any project if they wish.

“There’s been damage done in the past, and it’s really important that people have a sense of ownership,” says NCIG director Simon Easteal at the Australian National University in Canberra. He also hopes the database can help individuals pinpoint their heritage, especially members of the ‘stolen generations’ who were forcibly removed from their families as children and raised among white Australians.

There are still rocky moments. Willerslev says some people turn his team away, but he hopes that relations overall are improving. Meanwhile, some scientists in Australia, including Cooper and Easteal, worry about overseas researchers, whom they think may not be attuned to Australian cultural complexities.

But Brown has no qualms about international researchers if they obey ethical guidelines and act with the interests of Aboriginal communities in mind. “It is much easier to work with people who have proven and meaningful relationships with indigenous communities,” he says. “My push on them will be: sure, you’ll get your pound of flesh out of this, but if you’re not leaving something behind, then we simply can’t do it.”