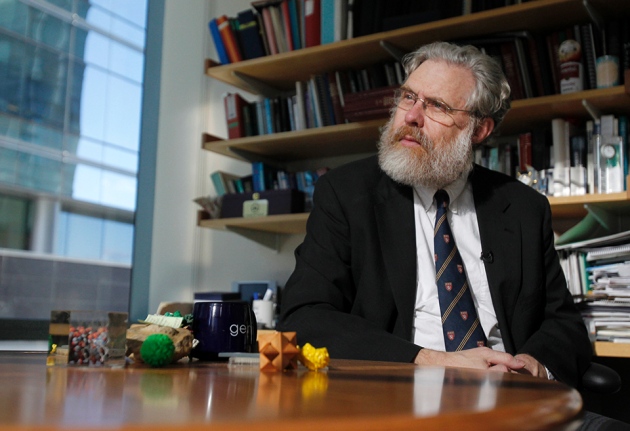 Geneticist George Church has co-founded a company that is developing genetically modified pigs to grow organs for human transplant.

For decades, scientists and doctors have dreamed of creating a steady supply of human organs for transplantation by growing them in pigs. But concerns about rejection by the human immune system and infection by viruses embedded in the pig genome have stymied research. Now, by modifying more than 60 genes in pig embryos — ten times more than have been edited in any other animal — researchers believe they may have produced a suitable non-human organ donor.

The work was presented on 5 October at a meeting of the US National Academy of Sciences (NAS) in Washington DC on human gene editing. Geneticist George Church of Harvard Medical School in Boston, Massachusetts, announced that he and colleagues had used the CRISPR/Cas9 gene-editing technology to inactivate 62 porcine endogenous retroviruses (PERVs) in pig embryos. These viruses are embedded in all pigs’ genomes and cannot be treated or neutralized. It is feared that they could cause disease in human transplant recipients. 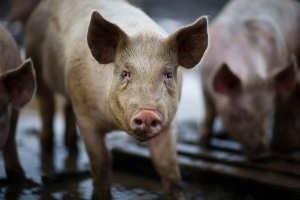 The gene-edited pigs will be raised in isolation from pathogens.

Church’s group also modified more than 20 genes in a separate set of pig embryos, including genes that encode proteins that sit on the surface of pig cells and are known to trigger a human immune response or cause blood clotting. Church declined to reveal the exact genes, however, because the work is as yet unpublished. Eventually, pigs intended for organ transplants would need both these modifications and the PERV deletions.

“This is something I’ve been wanting to do for almost a decade,” Church says. A biotech company that he co-founded to produce pigs for organ transplantation, eGenesis in Boston, is now trying to make the process as cheap as possible.

Church released few details about how his team managed to remove so many pig genes. But he says that both sets of edited pig embryos are almost ready to implant into mother pigs. eGenesis has procured a facility at Harvard Medical School where the pigs will be implanted and raised in isolation from pathogens.

Jennifer Doudna, a biochemist at University of California, Berkeley, who was one of the inventors of CRISPR/Cas9 technology, is impressed by the number of edited genes. If the work holds up, she says, it could be useful for synthetic-biology applications where genes can be switched on and off. In microorganisms, creating these circuits requires the insertion or modification of multiple genes that regulate one another.

Cutting multiple genes will also be useful for human therapies, says George Daley, a stem-cell biologist at Harvard Medical School, because many diseases with a genetic component involve more than one gene.