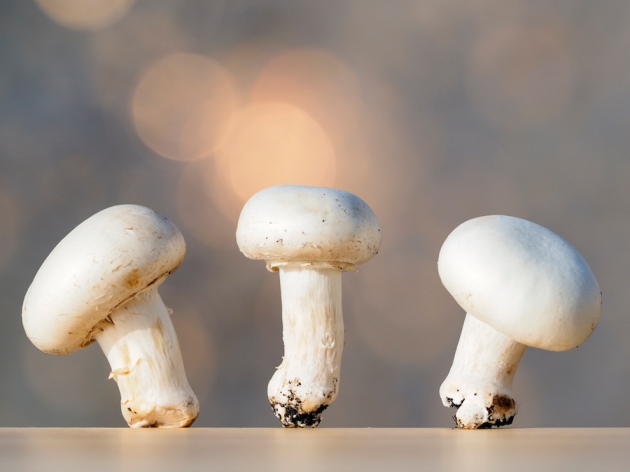 The common white button mushroom (Agaricus bisporus) has been modified to resist browning.

The US Department of Agriculture (USDA) will not regulate a mushroom genetically modified with the gene-editing tool CRISPR–Cas9.

The long-awaited decision means that the mushroom can be cultivated and sold without passing through the agency's regulatory process — making it the first CRISPR-edited organism to receive a green light from the US government.

“The research community will be very happy with the news,” says Caixia Gao, a plant biologist at the Chinese Academy of Sciences’s Institute of Genetics and Developmental Biology in Beijing, who was not involved in developing the mushroom. “I am confident we'll see more gene-edited crops falling outside of regulatory authority.”

Yinong Yang, a plant pathologist at Pennsylvania State University (Penn State) in University Park, engineered the common white button (Agaricus bisporus) mushroom to resist browning. The effect is achieved by targeting the family of genes that encodes polyphenol oxidase (PPO) — an enzyme that causes browning. By deleting just a handful of base pairs in the mushroom’s genome, Yang knocked out one of six PPO genes — reducing the enzyme’s activity by 30%.

The mushroom is one of about 30 genetically modified organisms (GMOs) to sidestep the USDA regulatory system in the past five years. In each case, the agency's Animal and Plant Health Inspection Service (APHIS) has said that the organisms — mostly plants — do not qualify as something the agency must regulate. (Once a crop passes the USDA reviews, it may still undergo a voluntary review by the US Food and Drug Administration.)

Several of the plants that bypassed the USDA were made using gene-editing techniques such as the zinc-finger nuclease (ZFN) and transcription activator-like effector nuclease (TALEN) systems. But until now, it was not clear whether the USDA would give the same pass to organisms engineered with science’s hottest new tool, CRISPR–Cas9.

Yang first presented the crop to a small group of USDA regulators in October 2015, after being encouraged to do so by an APHIS official. “They were very excited,” Yang says. “There was certainly interest and a positive feeling” at the meetings. He followed up with an official letter of inquiry to the agency later that month.

The USDA’s answer came this week. “APHIS does not consider CRISPR/Cas9-edited white button mushrooms as described in your October 30, 2015 letter to be regulated,” the agency wrote in a 13 April letter to Yang.

Yang’s mushroom did not trigger USDA oversight because it does not contain foreign DNA from ‘plant pests’ such as viruses or bacteria. Such organisms were necessary for genetically modifying plants in the 1980s and 1990s, when the US government developed its framework for regulating GMOs. But newer gene-editing techniques that do not involve plant pests are quickly supplanting the old tools.

The United States is revamping its rules for regulating GMOs, which collectively are known as the Coordinated Framework for Regulation of Biotechnology. To that end, the US National Academies of Sciences, Engineering and Medicine have convened a committee that is charged with predicting what advances will be made in biotechnology products over the next 5–10 years. It will hold its first meeting on 18 April.

In the meantime, Yang is mulling over whether to start a company to commercialize his modified mushroom. Fruits and vegetables that resist browning are valuable because they keep their color longer when sliced, which lengthens shelf life. In the past 18 months, biotech companies have commercialized genetically engineered non-browning apples and potatoes.

“I need to talk to my dean about that. We’ll have to see what the university wants to do next,” he says about the prospect of bringing his mushroom to market. But he notes that in September 2015, Penn State filed a provisional patent application on the technology.