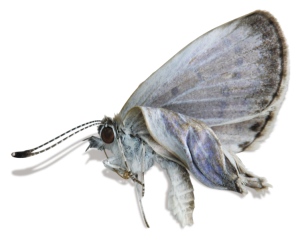 Hours after a magnitude-9 earthquake struck off Japan’s eastern coast in March 2011 and triggered the Fukushima nuclear disaster, Marta Wayne e-mailed colleagues in Japan — first to check on their safety, and later to make plans.

The 1986 meltdown of a nuclear reactor at Chernobyl in Ukraine had been a missed opportunity for researchers to gather data on the ecological effects of low-level radiation, she says. Independent scientists didn’t gain access to the area for a decade. This time, “I thought immediately that it was important to seize the moment, and study and get data on what the actual outcomes of such a disaster could be”, says Wayne, a population geneticist at the University of Florida, Gainesville.

Last week, Wayne and other biologists studying Fukushima and Chernobyl came together at the annual meeting of the Society for Molecular Biology and Evolution in Chicago, Illinois, to report on what they’d learned so far — and what studies they feel are needed for the future. They believe their work on the effects of low-level radiation on animals such as butterflies and sparrows is relevant to understanding the impact of low-level radiation on humans, with implications for appropriate government responses to radiation releases.

The effects of such exposure in humans are poorly understood, says David Brenner, director of the Center for Radiological Research at Columbia University in New York. In an 18 March letter to John Holdren, the US president’s chief science adviser, he and his colleagues called for a comprehensive research strategy on the problem. “We’re stuck in a dilemma about having to make policy decisions based on nothing more than guesses,” he says.

Brenner adds that the risks — mainly of cancer — are small. A March 2013 report by the World Health Organization in Geneva, Switzerland, identified hotspots in Fukushima prefecture where it is predicted that children may experience a slightly increased overall risk of some rare cancers, such as those affecting the thyroid. But most human epidemiological studies are not big enough to pick up small increases in the prevalence of rare conditions.

Scientists such as Wayne think they can fill in some of the knowledge gaps by studying other species, if they can secure the necessary funding. That has proved enormously difficult in a world where data on the effects of radiation are the subject of heated debate in arguments over the use of nuclear energy.

What Fukushima data do exist are sporadic — and contested. One research flurry concerns butterflies. Joji Otaki, an ecologist at the University of the Ryukyus in Nishihara, Japan, has for more than a decade studied the wing-spot patterns and other traits in a Japanese species, Zizeeria maha. “I never dreamed of using it for a nuclear accident,” says Otaki, who presented his work at the Chicago meeting. But after the Fukushima meltdown, two of his graduate students convinced him to screen for abnormalities in the butterfly as an environmental indicator of radiation’s effects.

The team went to Fukushima in May 2011, two months after the earthquake, when the butterflies emerge from their chrysalises, and again in September 2011. They collected butterflies from sites ranging from 20 to 225 km from the reactor. Insects collected in May showed few problems, but their lab-reared offspring had many abnormalities, such as misshapen wings and aberrant eyespots, and many died as pupae (A. Hiyama et al. Sci. Rep. 2, 570; 2012). Among the September-collected butterflies, more than half of the progeny showed such defects.

Otaki’s team also exposed butterflies to radiation doses in the lab akin to those that butterflies near Fukushima might have received. The offspring developed the same problems. “You can come up with alternative explanations, but I think the hypothesis that radiation caused death and abnormalities is the most reasonable,” Otaki says.

Tim Mousseau, an evolutionary geneticist at the University of South Carolina in Columbia, says that more studies like these are sorely needed. He is heading to Fukushima this week to begin his third season of field work since the meltdown, tracking birds, insects and other small animals. His team saw die-offs in some insects and declining numbers of some bird populations after one season’s work (A. P. Møller et al. Environ. Pollut. 164, 36–39; 2012). He hopes soon to publish three years of observations.

For funding, Otaki says he has had to turn mostly to private foundations. “I think maybe this is a very touchy issue, politically,” he says. Mousseau has received money from a German biotechnology company and is now working with researchers supported by the Finnish government. But he says that US government grants are difficult to secure. The Department of Energy has largely stopped funding its research programme in low-dose exposure, and the National Science Foundation and the National Institutes of Health have awarded few grants on the topic. “The only people who seem to be doing any research are adventurous, opportunistic and independent,” Mousseau says. “They have some flexibility in what they do and are just doing it on their own without official support.”

Other scientists take issue with the reports of ecological harms from Fukushima. They say that Otaki’s research is flawed, because wing shape and other butterfly traits vary naturally with geography. “This study’s sensational claims should not be used to scare the local population into the erroneous conclusion that their exposures to these relatively low environmental radiation doses put them at significant health risk,” Timothy Jorgensen, a molecular radiation biologist at Georgetown University in Washington DC, wrote in a comment on Otaki’s 2012 paper. Mousseau’s report of harms to birds one year after Fukushima has been criticized for including only one sampling period and lacking baseline data.

Richard Wakeford, an epidemiologist at the University of Manchester, UK, thinks that ecological research on the Fukushima disaster’s effects will prove as confounding as efforts to detect health effects in humans exposed to low doses of radiation. Many ecosystems and their species are altered after human evacuations in ways that have nothing to do with radiation, he says.

Wayne says post-Fukushima research needs more support to boost its quality. She and her colleagues are drafting a white paper to establish better standards for collecting, analysing and sharing data. “We don’t want disasters to happen so we can collect more data,” she says. “But as it has happened, we should learn from it.”