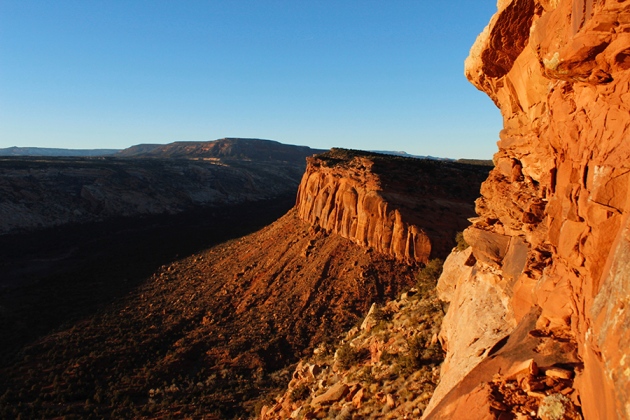 Land in the Bears Ears region of Utah is among that designated a national monument by Barack Obama.

Barack Obama used his presidential powers to make changes that affect science. Once Donald Trump is inaugurated as president on 20 January, he will be able to do the same. These charts illustrate the government that Trump inherits as it relates to science and research, and explore how the new president might seek to take things in a different direction.

As does every new president, Trump gets to fill out the ranks of federal science agencies with political appointees, from the agency chiefs who require Senate confirmation to lower-level bureaucrats. These jobs range from two spots at the US Geological Survey — the director and an assistant — to 358 positions at the Department of Energy. Trump has already nominated a handful of people to fill these slots, including former Governor of Texas Rick Perry, who has questioned the science underlying climate change, as energy secretary. 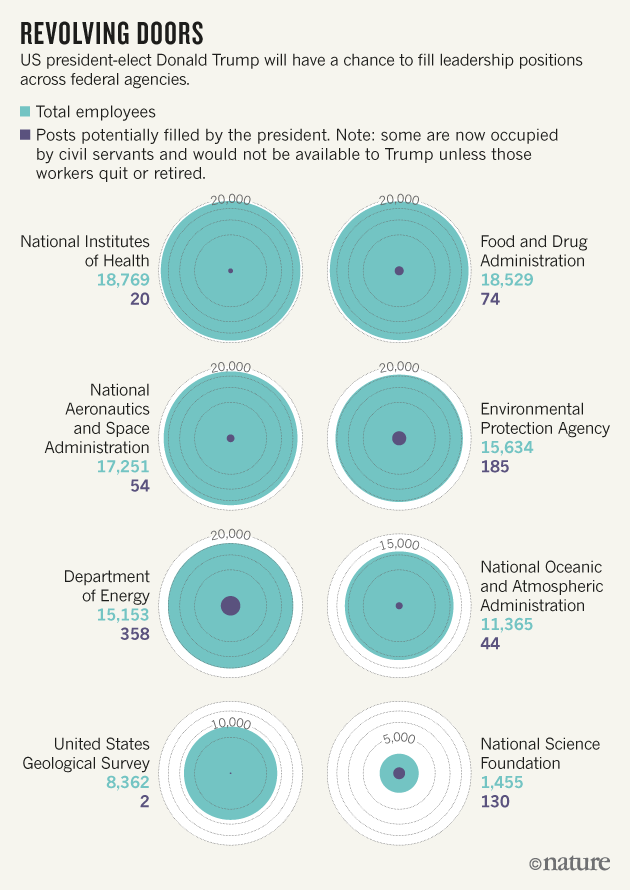 The much-larger ranks of non-political ‘career’ employees, meanwhile, could shrink under Trump, who has pledged to freeze federal hiring within his first 100 days in office. Staffing levels at science agencies — which stayed relatively flat under Obama, despite his enthusiasm for research — could eventually dwindle by attrition.

Funding science involves a delicate balance. Science in the Obama years tilted the needle towards applied research — from the launch of the ambitious Precision Medicine Initiative to sequence the genomes of one million people, to the creation of a string of institutes to foster robotics and other innovative manufacturing technologies in partnership with private industry. 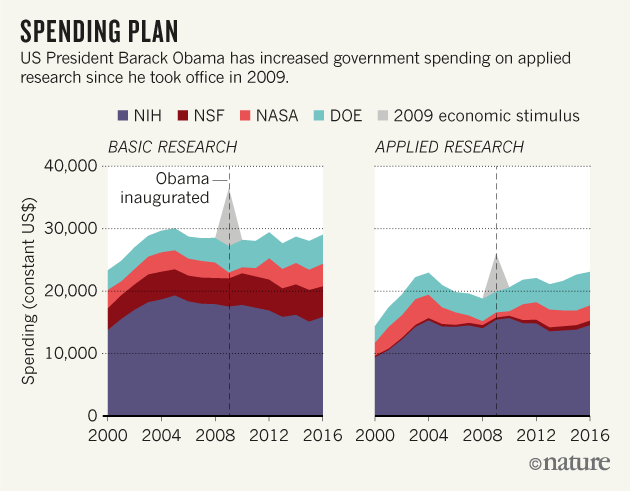 It is not clear which flavour of research Trump will favour, in part because he has said little publicly about science before or after the election. In September, Trump wrote that “scientific advances do require long term investment”, in response to questions from the advocacy group ScienceDebate.org. But the president-elect's pick to lead the White House Office of Management and Budget, Representative Mick Mulvaney (Republican, South Carolina), has pushed for sharp cuts in government spending in recent years.

More than any other president, Obama has used the Antiquities Act — a law that dates back to 1906 — to protect public lands from development. He has declared 29 new national monuments, such as the Bears Ears buttes in Utah, and enlarged 5 others, preserving a total of around 553 million acres of land and water. 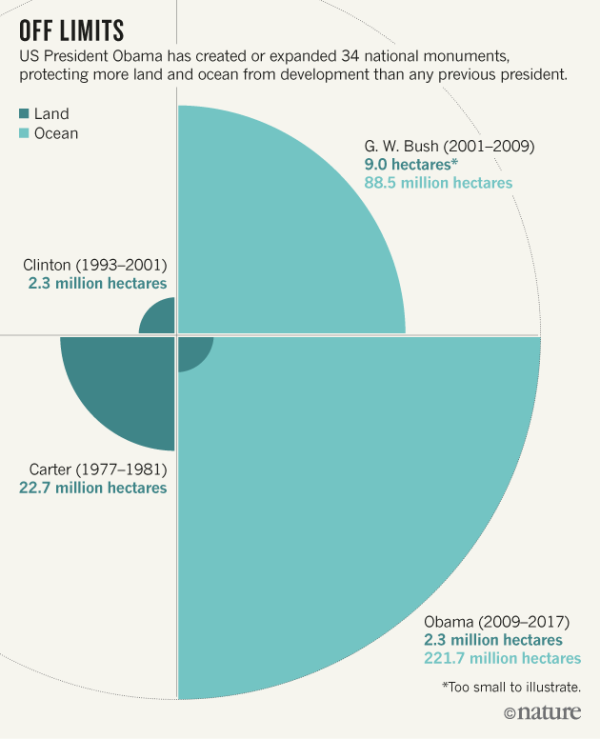 Some Republican politicians have suggested that Trump should remove protections from some or all of these areas, but most legal scholars say that only an act of Congress can reverse a monument designation. That might not stop the Trump administration from trying. The president-elect's nominee to lead the Interior Department, Representative Ryan Zinke (Republican, Montana), told a Senate committee on 17 January that Trump could “amend”, if not fully rescind, the monuments that Obama created.

Faced with an often-hostile Congress, Obama enacted many of his signature policies by executive order — from reversing restrictions on research with human embryonic stem cells to helping communities prepare for climate change. That strategy now seems poised to backfire: Trump has vowed to reverse “every unconstitutional executive action, memorandum and order issued by President Obama” beginning on his first day in office, 20 January. 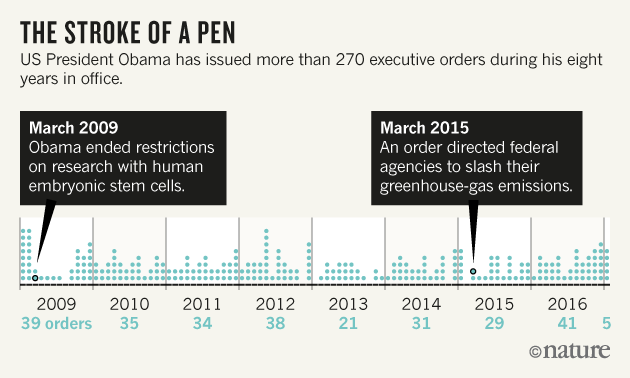