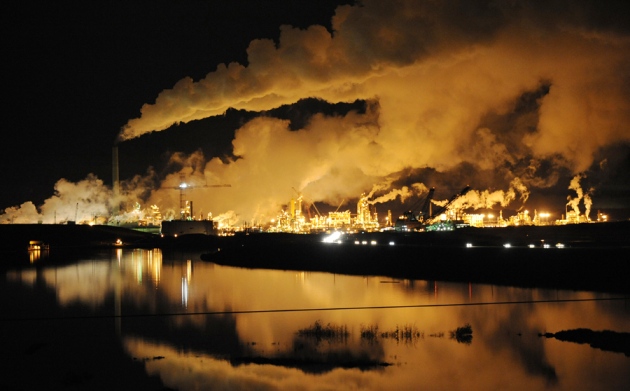 Fossil-fuel energy is a profitable business, but institutions are being urged not to invest in it.

The fossil-fuel divestment movement has divided academia. On 24 April, SOAS University of London announced that it would sell off all of its investments in fossil-fuel companies within three years. Days later, the New York University (NYU) senate voted to recommend that the university keep its current fossil-fuel investments, but to develop a greener strategy for the future. Other institutions, including Harvard University in Cambridge, Massachusetts, and most recently Swarthmore College in Pennsylvania, have rejected calls for divestment.

Even if the movement does convince institutions to pull billions of dollars out of fossil fuels, economists generally agree that divestment will have little impact on the energy industry or greenhouse-gas emissions. Supporters themselves acknowledge that it is mostly a symbolic gesture. But some academics fear that the movement could draw attention away from more effective ways to encourage low-carbon energy.

“We need to focus on actions that are going to make a real difference,” says Rob Stavins, an economist at Harvard.

Students and environmentalists launched the divestment movement a few years ago, targeting major institutional investors such as public pension funds, government-held investment funds and philanthropic foundations. Organizers say that nearly 30 universities worldwide have made commitments to divest, or to otherwise revise their investment strategies. But investment experts say that divestment is unlikely to make a difference. “We don’t believe in divestment as a strategy — it’s naive, and it doesn’t solve the problem,” says Julian Poulter, chief executive of the Asset Owners Disclosure Project in London, which works with institutions to build greener investment portfolios to reduce risk as governments impose emissions-reducing regulations.

At NYU, faculty members, students and administrators in its 129-person senate adopted a resolution suggesting that the board of trustees maintain fossil-fuel investments totalling roughly US$139.7 million — around 4.1% of the $3.4-billion endowment. However, the resolution calls on the university not to put further money into fossil-fuel companies, and instead to develop a plan to invest in firms that “demonstrate a commitment to mitigate the effects of burning fossil fuels”.

“I’m happy with this outcome; it’s a sign of progress,” says David Frank, an environmental ethicist at NYU. He signed a petition in support of divestment, and says that the campaign is raising awareness about the problem, even if it does not provide any specific solutions.

Others complain that divestment misses the central role of fossil fuels in modern life. “How can you vilify the consumption of something that you use every day?” says Frank Wolak, an economist at Stanford University in California.

He and others hope to shift students’ attention to what they consider a more effective strategy for weaning universities — and the world — off fossil fuels. On 20 April, Yale University in New Haven, Connecticut, announced plans to develop an internal carbon tax to reduce emissions. Wolak has proposed a similar approach at Stanford, and his team aims to develop a network of universities dedicated to the idea.

Such a network will not have a major impact on global carbon dioxide emissions, but economists have called for the same approach on a global scale. If fossil-fuel emissions were assigned a fee on the basis of their environmental impact, then dirty energy would become more expensive than cleaner alternatives. That would naturally shift investment toward cleaner sources.

At Yale, the carbon fee would be revenue neutral, similar to national proposals from think tanks in Washington DC. Money would be transferred from departments that have higher greenhouse-gas emissions than the university average to those that perform better. Students could participate by helping to cut emissions.

The idea is to give students and faculty members experience that they can carry into the real world, says William Nordhaus, an economist at Yale who led the development of the proposal. Nordhaus expects the university to start a pilot programme in the coming academic year, and to expand to all operations within three years.