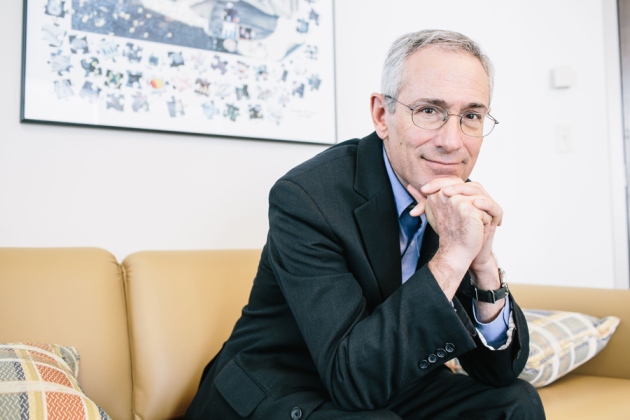 Tom Insel, former director of the US National Institute of Mental Health, is searching for new ways of addressing mental illness.

Eighteen months after leaving the US National Institute of Mental Health (NIMH) for Google’s health-sciences division, psychiatrist Tom Insel is on the move again. The former NIMH director, who left Google on 5 May, is starting his own company. Insel’s group, called Mindstrong, will try to infer a person’s mental-health status by analysing how they use smartphones.

Insel stepped down as NIMH director in November 2015, to start a mental-health programme within Verily, Google’s life-sciences group. One of the division’s goals overlaps with that of Mindstrong: Verily intends to build tools, possibly including smartphone apps or computer programs, that can recognize characteristics of mental illness using a method known as digital phenotyping.

The method analyses factors such as a user’s word choice in communication, voice patterns when talking to digital assistants, physical movements and location data to determine their state of mind. If a smartphone could recognize when its owner was feeling suicidal, for instance, it could intervene by providing resources or alerting others.

Insel says that Mindstrong, which is based in Palo Alto, California, takes a similar approach to gathering mental-health data. The company’s other founders include Richard Klausner, a former director of the US National Cancer Institute, and Paul Dagum, who holds patents on at least three digital phenotyping methods. They assess cognitive function — which could be impaired in disorders such as Alzheimer’s disease — from features such as misspellings and the length of time between keystrokes, according to the Mindstrong website.

Insel says that a handful of companies, including Verily, are pursuing digital phenotyping. “I love the idea of rethinking how we measure human behaviour and coming up with entirely new behavioural features” of diseases including schizophrenia and depression, he says. New approaches to mental illness are especially important, because “we’re not doing very well either on the diagnostic or therapeutic side”.

Verily has not yet launched any mental-health products, but Insel says that it has developed the initial parts of their program. “I felt like Verily was at a point where it was big enough and successful enough I could walk away,” he says. “I knew in moving to Verily it would be a transitional job until I could figure out what I really wanted to do, and I’ve had an entrepreneurial itch.”

Insel denies that his departure was due to any conflict with the company, which has lost several high-profile scientists in recent months, and says Verily is interested in collaborating with him in the future.

In an 8 May blogpost announcing Insel’s departure, Verily said that its mental-health efforts will continue in his absence. The company declined to comment on whether it plans to work with Mindstrong or whether Insel’s position will be refilled.

Insel says that Verily’s mental-health effort will now be run by Danielle Schlosser, a clinical psychologist who Insel hired in August 2016. Schlosser, who remains affiliated with the University of California, San Francisco, has developed smartphone apps that try to increase motivation in people who lack it because of conditions including schizophrenia and depression.

This story originally stated that Tom Insel left the National Institute of Mental Health in December 2015. He officially stepped down in November 2015. This post has been corrected.