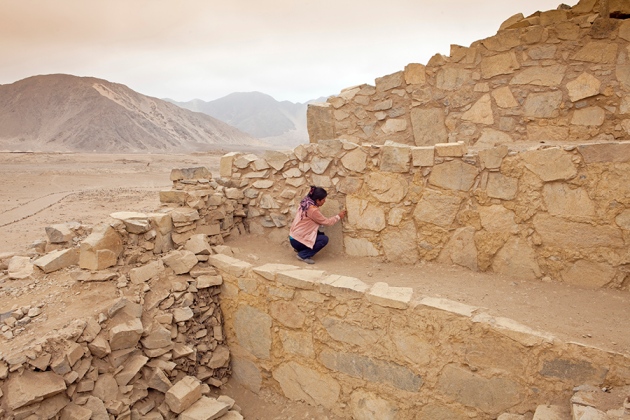 Something that many scientists experience, but few discuss, became a popular topic online this week: the challenges of menstruating while doing fieldwork. Emily Graslie, a science educator at the Field Museum in Chicago, Illinois, posted a YouTube video on 10 February that gave practical tips on how to handle periods while working in a remote location — where sanitation and privacy are often scarce. Many scientists were happy to see a sometimes-taboo topic covered so candidly. Rebecca Clark, an entomologist at Texas A&M University in College Station, tweeted:

THIS is SO IMPORTANT! Thank you @Ehmee for tackling this head-on. ALL who do fieldwork should watch (M/F/?/X). https://t.co/58OLhaBxcY

Graslie says that inspiration for the video came in 2014 when she was preparing to go on an expedition to Peru with the Field Museum, and anticipated getting her period while in the wilderness. “I suddenly had so many concerns, and felt there was no one to ask,” she says. So in her video, Graslie gave advice on various hygiene and birth-control products to consider using. “Don’t be embarrassed by any mishaps,” she says towards the end. “If you’re in a remote field site for long enough, your business becomes everyone else’s anyway.”

Conservation biologist Anne Hilborn at Virginia Polytechnic Institute and State University in Blacksburg tweeted about the video, and linked to a lengthy discussion on Storify on the same topic that she led in late January. Field researchers tweeted about how menstruation can be stressful when working in environments that are already challenging. Hilborn, tweeting under the @realscientists handle, wrote:

A culture of ‘toughness’

The discussion led by Hilborn began when a researcher asked her on Twitter how she deals with her period when she’s in the field looking for cheetahs.

Having your period during fieldwork is not a topic we talk much about. The inconvenience varies from non existent to extreme pain in the @$$

Hilborn tweeted that this stems from a macho culture in the field that might not consider coping with menstruation sufficiently ‘tough’. Others agreed, including Alice Gorman, a space archaeologist at Flinders University in Adelaide, Australia:

@realscientists Also runs up against 'macho' ideologies of fieldwork where no washing etc is celebrated.

Hilborn says that at first, she pushed herself to fit in with that culture and that meant trying to hide her periods. “I went to Siberia for six weeks to skin birds and I chopped all my hair off and tried really hard to not have any feminine issues,” she says. She tweeted:

When I was young and trying so hard to be tough during fieldwork, I didn't want to give the guys a reason to think I wasn't good enough

Others tweeted that they had felt similar pressure. Emily Davis, a freshwater ecologist at the University of Washington in Seattle, wrote:

I think many female scientists,esp ecologists,can relate to this. I sure can,and still feel this pressure today. https://t.co/Vifx8VCFmn

But Hilborn says that now that she’s more mature and self-confident, her attitudes have changed. For her, she says, “Being a woman is not something to hide or change.”

A few men joined this conversation. Alex Bond, a conservation scientist at the RSPB Centre for Conservation Science in Sandy, UK, tweeted that male field-crew members need to be aware of menstruation. He added in an interview that open lines of communication are important to maintaining safety in the field. “In some remote field camps, one must even let everyone know when they’re going to the bathroom,” he says. “Menstruation is just as normal, and shouldn’t be stigmatized.”

Morgan Jackson, an entomologist and graduate student at the University of Guelph, Canada, tweeted:

Hilborn hopes that discussions like these will help to raise awareness that periods shouldn’t be a taboo topic. “It would be nice to minimize some of the stigma so that people feel more comfortable talking about it,” she says.