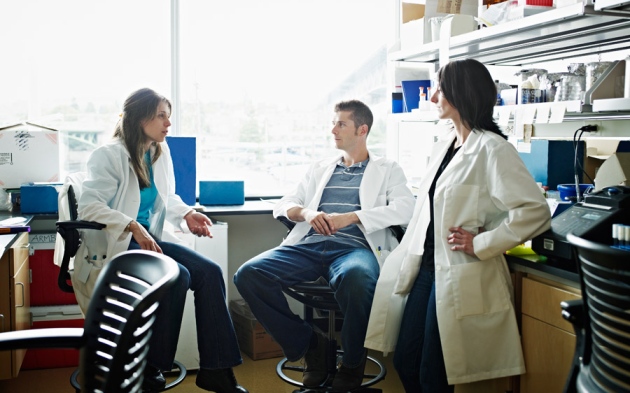 Across the world, recent PhDs with non-tenure jobs complained that more than half of their work hours was spent on duties other than research.

Long hours, political unrest, job insecurity and balancing work and family life are just some of the obstacles hindering academics in the first decade after they finish their PhDs, says the first batch of results from a study attempting to chart the state of early-career researchers across the globe.

The Global State of Young Scientists survey asked respondents in 12 countries about the obstacles they face, their working conditions and their motivations. The Berlin-based Global Young Academy (GYA), an organization founded in 2010 that advocates for academics in the first independent stages of their careers, conducted the study and published its first results on 21 January.

Although the picture differed greatly from country to country, some common issues emerged, says project head Catherine Beaudry, an economist at the Polytechnic Institute of Montreal. These include a pressure to publish and a struggle to maintain a work–life balance, particularly for academics who are parents. “Many young scholars shoulder extreme workloads to progress in their careers and to live up to what is expected from them,” concludes the report; this means that “originality and inspiration take second place”.

Derived from just 650 responses and 45 interviews, the survey was not intended to produce firm conclusions at this stage, says Beaudry. But as a precursor to a larger study and to more targeted surveys, it hopes to highlight possible trends that warrant more investigation, she says.

Perhaps unsurprisingly, the survey found that a lack of funding was the most commonly felt obstacle — except, notably, in Germany. The vast majority (83%) of German respondents said they felt that job insecurity was an obstacle, compared to 44% in the Americas (Brazil, Canada and the United States) and just 15% in Asia (Japan, Sri Lanka and Thailand). A little more than half of German respondents also highlighted a lack of mentoring and support.

“If you embark on an academic career [in Germany], you carry the risk you’re going to be jobless in a couple of years’ time. You either have to be mad or very self-confident,” says Nico Bruns, a chemist at the University of Fribourg in Switzerland, who worked previously in Germany and took part in the survey. The lack of a tenure-track system in Germany means that most postdocs remain on short-term contracts until they earn a professorship — and those positions become more scarce the more senior you get, says Bruns. The survey found that just 35% of German respondents were confident about finding a permanent research career in academia, compared to 68% in Nigeria and South Africa.

Robin Mellors-Bourne, director of research at the Career Development Organisation in Cambridge, UK, cautions against drawing strong conclusions from the study, given that it represents a "very thin slice of a very diverse world".

But the findings have struck on some interesting issues, he adds. One that jumped out is that young academics reported working long hours — 50 hours per week in Germany, around 55 hours in South Africa, Nigeria, Japan, Thailand and Sri Lanka, and more than 60 in Pakistan, Egypt, Tunisia and the Americas. However, the study also revealed that nowhere did the amount of time devoted to research itself exceed 24 hours per week, and it was less than 20 in most of the countries. Instead, a large and varying proportion of time was taken up by administrative work, teaching and other non-research activities. “How [young scientists] divvy up their time is a really interesting question to ask,” says Mellors-Bourne.

The study also reported that whereas in Germany researchers are often motivated by their desire to do exciting work, in the Middle East and African countries, success was more strongly defined by the general pursuit of advancement. In Egypt, Pakistan and Tunisia, for example, the greatest measure of success was whether their work contributes “to the greater good”.

In those countries, job insecurity and a lack of mentoring were matched by concerns about the impact of political instability or war on careers. Almost one-third (31%) of respondents cited this as an obstacle, compared to just 9% in Nigeria and South Africa, and 3% in Germany. Uncertainty about the political climate in the wake of the Arab Spring in Egypt has brought much research there to a halt, says Sameh Soror, co-chair of the GYA and a structural biologist at Helwan University near Cairo. “Everyone fears for the future and they don’t want to take responsibility for anything,” he says. Young scientists suffer most, he adds.

Despite sometimes lacking in resources and equipment, scientists in developing countries often seemed to be more content in their academic careers than their peers in richer countries, says Irene Friesenhahn, the report's co-author. By comparison, young scholars in Germany were relatively “depressed", she adds.