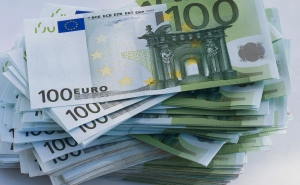 Millions of euros of European research funding are being claimed in error, with potentially half of all projects funded by the European Union (EU) making mistakes in their accounts.

This year’s review of the EU’s spending — conducted annually by its auditors — found problems such as excessive costs being claimed and discrepancies in time-sheets in 74 of the 150 payments related to research from 2011 that were checked1. The main source of error was “over-declaration of costs by beneficiaries” for projects funded under the Framework programme, which doles out research money to scientists across the continent. The mistakes amounted to 3% of the budget, the auditors estimate. The total research spend in 2011 was €12 billion, meaning the errors could total around €360 million.

However, the auditors say that the errors are likely to be genuine mistakes caused by the complex Framework system, rather than fraud, and the European Commission insists that the research figures are nothing to be concerned about. “The numbers may seem alarming at first glance but the overall impact is small,” says Michael Jennings, spokesman for the commission’s research section. “Still, we are committed to reducing error wherever possible.”

Problems with European budgets are far from unusual, and the auditors always identify failings across all EU areas in their annual reports. Ladislav Balko, the member of the European Court of Auditors (ECA) who led the audit of the research activities, says that the “substance of the finding is not different from previous years”.

However, the issue is particularly sensitive at the moment as the budget for Horizon 2020 — the successor to the Framework programme that begins in 2014 — is still under consideration, and national leaders are locked in a row over the overall size of the European budget ahead of a summit later this month (see 'EU battles over research billions').

Framework programmes are notoriously complicated, with reams of rules about what is and isn’t reimbursable. Individual scientists have often complained that negotiating these rules is fraught with difficulty. In response to complaints from scientists, the commission last year pledged to overhaul the system for the Horizon programme to make it far simpler (see 'Europe cuts funding red tape').

Separately to the annual audit, Framework projects are supposed to undergo their own independent audits conducted by third parties, although the ECA also found problems with these checks. The commission says that it will “intensify efforts” to make sure that the firms conducting the independent audits of research projects follow the rules. A series of reviews of the paperwork of these external audit firms is set to begin before the end of the year. It will also continue trying to recover money that is overpaid.

The ECA audit found that one Framework project claimed €308,000 in personnel costs, but auditors found that €45,000 of this should not have been claimed. In another case, a project head claimed €366,891 in overhead costs, of which auditors found €180,670 to be ineligible. In the first case, the commission says that the money wrongly claimed was deducted from the next payment to the project. In the second, the commission’s own estimate of the over-claim was €39,735, which has now been recovered.

“We feel the commission is making efforts to rectify the situation,” says Zacharias Kolias, director of finance and support at the ECA. “We are very optimistic that with the new Horizon programme the error rate will go down.”