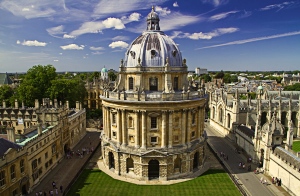 Could there be an Oxford University in southern Italy? Under the new proposal, host regions would have to assure their elite partners of a safe regulatory environment.

Under the 'teaming' proposal, the partners would put forward joint business plans to bid for European Union (EU) start-up funds as part of Horizon 2020, the EU research funding programme for 2014–20, which will replace the current Seventh Framework Programme (FP7) after it expires next year. Ministers gave their backing for the general structure of Horizon 2020 last June.

The less-developed host region would be expected to stump up long-term funding for the centres using either local money or other EU funds, and to enact administrative reforms if needed. The advising institution would provide management and networking expertise.

The EU Council approved its draft of the proposal on 11 December, but before the plan can go to a final vote at the European Parliament in 2013, the European Commission, Parliament and Council must all agree or 'reconcile' a draft blueprint.

"We have gotten very engaged and built great expectations for it," said Žiga Turk, Slovenia's minister for education, science and sport, at the meeting of the European Council competitiveness committee.

Slovenia is one of the poorer 'convergence' regions that qualify for financial help from the EU, and would be eligible to host a teaming centre. Like all convergence regions, it also receives separate EU structural funds to build infrastructure such as roads or scientific facilities. The EU budgeted €348 billion for such spending between 2007 and 2013, but there is still a major gap in research performance between the best and worst countries, according to the European Commission's 2011 Innovation Union Scoreboard.

Supporters say that the teaming proposal will provide incentives for spending on scientific infrastructure. But labs alone are not enough, points out Andreu Mas-Colell, minister of economy and knowledge for the autonomous region of Catalonia in Spain, who served as the second secretary-general of the European Research Council.

"When I say science infrastructure I don't say the machines,” he adds. “I mean institutions which have good governance structures, good practices" and so on.

The right prize from Horizon 2020 could encourage politicians to use their structural funds for research, says economist Guntram Wolff, deputy director of the think tank Bruegel in Brussels. Voters may be more likely to concede to reforms such as internationally competitive salaries if their politicians can say that the changes will bring in outside money. The key then will be to ensure that the foreign money — and governance — reaches the new labs.

“You cannot just put an Oxford in, let's say, southern Italy. That just won't work unless the city ... becomes like Oxford...”

Setting up the incentives so that everyone benefits will be a challenge, says Olivier Küttel, head of European public affairs at the Swiss Federal Institute of Technology in Lausanne (EPFL), a potential advising institution. "For institutions like EPFL there is some risk. If you have your brand in the game you have to make sure things are going right."

Wolff agrees that partner institutions will need assurances that the host will provide a safe regulatory environment for the joint venture. "You cannot just put an Oxford in, let's say, southern Italy,” he says. “That just won't work unless the city ... becomes like Oxford: having a proper administration, rule of law, absence of corruption."

Countries that currently tend to win a high proportion of European research money may resent giving up some of it to establish centres in other nations. At the competitiveness meeting, for example, UK science minister David Willetts asked whether the teaming proposal might be "better discharged via the use of the structural funds" rather than through Horizon 2020. For 2007–13, structural funds total more than six times the funding of FP7, but richer countries, such as the United Kingdom, benefit less from them.

Yet in September, Germany's Max Planck Society announced its support for the teaming proposal, explaining how the institutes that it set up in former East Germany after reunification have gone on to enjoy international renown. And now a group of elite European universities and research institutions is preparing a joint wish list describing its goals for teaming, says Küttel. The group aims to publish its lobbying document in time to inform the proposal-reconciliation discussions.

Mas-Colell notes that it is "very human" for insiders in a host country to want funds to benefit themselves. "But if you want to develop the research and science you have to make sure that a proportion" reaches the most excellent researchers, wherever they are from, he says.