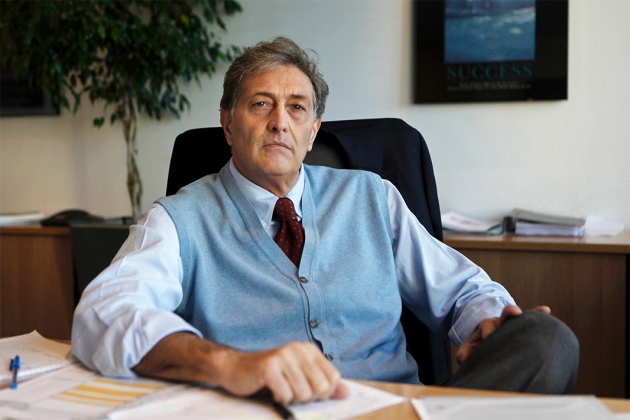 The European Medicines Agency (EMA), which oversees drug safety in the 28 countries that are members of the European Union, must move out of London because the United Kingdom is leaving the EU. Nineteen cities have bid to host it and a decision on its new home is expected in November. But EMA staff – and its executive director, Guido Rasi – are worried that the move could severely disrupt the agency’s functions. On 26 September, the agency revealed an internal staff survey which suggested that more than 70% of current staff would quit, rather than move country, in the case of eight candidate cities. Rasi says he fears that the EMA – which licenses drugs for use in the EU, monitors adverse reactions to medicines and sets standards – could find itself hobbled by the wrong choice of city. Nature talked to him about how this might affect European researchers and public health. The interview has been edited for length and clarity.

What kind of activities would stop first if you lost staff?

Initiatives for the elderly, initiatives for tailoring medicine to male and female patients, engagement with patients, efforts to increase transparency, our communication — all these are for the improvement of our work, but they can be stopped if we need to focus on more essential activities. We must ring-fence the approval process, monitoring and inspections. So the second layer would be to decrease our engagement with scientists. The third layer would be to stop scientific advice and abandon early engagement during the research process.

What is the worst-case scenario?

If we retained less than 30% of our staff, we simply could not operate. We could see the collapse of entire services. For example, think of clinical-trials assessment. If we lose all the statisticians, all the experts, we’ll sink. We might maintain some activities that are not so relevant, because we have people there, but might have to cancel core activities because those people are gone. In other words, we cannot replace plumbers with blacksmiths. The best case is, of course, a continuum of our activities, with only about 20% staff loss.

How would this affect the average European?

In the worst-case scenario, there would be no approval of medicines and no management of adverse reactions at the central level. Member states would urgently have to make provisions to approve new medicines and decide what standards they want to see. Many innovative medicines would be delayed or simply not be known, because there are no assessors. Innovation would be available only at the cost of uncertainty. Monitoring would rely on local efficiency, and there would be 28, sorry, 27 different approaches and standards.

And what does it mean for researchers?

We would cease the many activities we are doing to support research and development. For example, we get involved at the EU level to define strategy, such as planning for big EU funding programmes or its Innovative Medicines Initiative. We also provide scientific advice, innovation passports for drugs, protocol assistance and advice around clinical trials. For example, we are working with the commission to reduce the regulatory pool around clinical trials while maintaining the standards. This would stop completely for about two years or so. The impact would be huge, because without staff, we cannot engage with researchers and listen to their needs.

How did you react to the results of the staff survey?

We were surprised by the possible severity of staff loss. This is the worst thing that has happened during my experience here. Now, we feel the imperative responsibility to highlight the consequences of the choice of location. What is at stake now is not where to put the agency; it’s about where you can maintain its activities.

How likely is it that people will leave the agency?

You have to consider that people made a choice to come to London. They competed hard to get here. It’s not their choice to go away. In 14 months, from November 2017 to April 2019, they will have to recast their lives, give up their houses, their mortgages, the plans they had for the future of their children, the jobs of their partners, their cultural lives. These people are the crème de la crème of Europe. It will not be difficult for most of them to find a job elsewhere, and the headhunters are already around.

But wherever the agency goes, can’t you find experts there?

I am sure there are smart people in each country. But to train someone into an expert takes five or six years. It is unlikely that the local environment in any single member state can give us back the knowledge that we are losing.

Would you consider leaving the agency?

You know, the captain is the last to abandon his ship. I will go along with the agency, and I will do whatever will be in my capacity and power to retain as many people as I can.