The outgoing head of CERN, Europe’s particle-physics laboratory near Geneva, Switzerland, is one of seven researchers who will form a panel to provide independent scientific advice to the European Commission.

Rolf-Dieter Heuer — who in 2016 will cede the leadership of CERN to Fabiola Gianotti — is perhaps the most widely known of the seven, whose names were announced on 10 November. Others include Julia Slingo, chief scientist at the Met Office in Exeter, UK, and Pearl Dykstra, a sociologist at Erasmus University in Rotterdam, the Netherlands.

The naming of the panel also marks the formal launch of the commission’s revamped system of independent scientific advice, which commission president Jean-Claude Juncker announced in May.

Under this system, the panel will feed in advice to the commission by seeking input from national academies and the wider scientific community; up to €6 million (US$6.4 million) is also being made available to European academies to support collaborations with the commission. “The seven exceptional scientists I have appointed to the group will take the use of independent science advice in Commission policymaking to a new level,” said research commissioner Carlos Moedas in a statement.

Others on the expert panel come from all across Europe: they are Elvira Fortunato, a materials scientist at NOVA University in Lisbon; Cédric Villani, the director of the Henri Poincaré Institute in Paris; Henrik Wegener, provost of the Technical University of Denmark; and Janusz Bujnicki, a bioinformatician who leads the International Institute of Molecular and Cell Biology in Warsaw.

“Most of them have real experience working at the science-policy interface,” notes James Wilsdon, a science-policy specialist at the University of Sussex in Brighton, UK. That fact, he says, has allayed any concerns that the commission might choose senior scientists with relatively little policy know-how.

It is still not clear exactly how the group will operate — in particular, notes Wilsdon, whether it will mainly address topics handed down by the commission, or whether it will initiate its own enquiries. But it will have a 25-person-strong secretariat: a much larger support staff than that afforded to Anne Glover, a biologist who held the post of chief scientific adviser from 2012–14, before the role was controversially scrapped.

But European Union (EU) decision-making is ultimately controlled by the European Parliament and the Council of Ministers, which vote on proposals put forward by the commission; as such, the panel might have less influence over EU policies than observers are hoping, warns Oliver Geden, who heads the EU research division at the German Institute for International and Security Affairs in Berlin. “I think the new mechanism is rather overrated,” he says. “Although it has the potential to improve the commission's reports or legislative proposals, there is no mechanism in place that could improve actual European Union decisions. The role of scientific knowledge in the EU's complex decision-making processes is quite limited.” 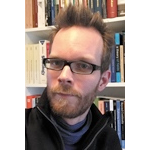 Even so, a scientific-advisory mechanism is essential, says Rolf Tarrach, president of the European University Association in Brussels. “Some of the members of the commission still see science and research as a kind of luxury of little immediate value,” he says. “Whether or not the new mechanism is better than the previous one will depend basically on the use the commission will make of it. The people chosen are top-notch, and they could do an excellent job.”

According to a commission document laying out the new system, the group will meet between four and six times each year, but it can call emergency ad-hoc meetings when “urgent advice” is needed. The commission can ask each person to devote 40 working days each year to the job. The panel will have its first meeting in January 2016.