With the official opening of a £5.4-million (US$8.7-million) facility at its UK base on 30 April, pharmaceutical giant Eli Lilly says it is reaffirming its commitment to neuroscience research at a time when other drug firms are mostly avoiding the field.

The site, at Erl Wood in Windlesham, Surrey, will house around 130 scientists working on the early phases of clinical drug development, making it Lilly's second-largest research site worldwide, after the company’s headquarters in Indianapolis, Indiana. Researchers will work on conditions ranging from cancer and diabetes to Alzheimer's disease and schizophrenia, says Sarah Chatham, managing director of the centre. 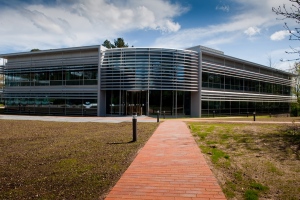 Eli Lilly hopes that its UK research campus at Erl Wood will produce the next generation of Alzheimer's treatments.

The investment contrasts with lay-offs at other pharma companies. Many have turned their attention to acquiring smaller firms to get new drugs, instead of using large in-house research teams. Lilly’s focus on neuroscience is also unusual, with Novartis, GlaxoSmithKline and AstraZeneca all bailing out of much brain work in recent years (see 'Novartis to shut brain research facility').

The centre was welcomed by UK science minister David Willetts, not least because policy-makers have grown anxious that Britain is no longer perceived as a good place to do medical research. Academics are concerned that their research environment is overburdened with red tape, especially because of what they see as the bureaucratic way the United Kingdom implemented the European Union Clinical Trials Directive in 2004 (see 'UK health research to be rehabilitated').

Last year, thousands of jobs were lost when Pfizer closed its research site at Sandwich in Kent. But Lilly insists that the United Kingdom is a great place to do medical research.

Erl Wood holds about half of Eli Lilly’s neuroscientists, who have a strong focus on Alzheimer's disease. This neurodegenerative condition affects an estimated 30 million people around the world; with that user-base, even increasingly risk-averse pharma companies are keeping a close eye on developments.

One potential cause of Alzheimer's is amyloid plaques in the brain. Lilly's drug solanezumab, intended to treat such plaques, is expected to go into late-stage clinical trials this year. The company also owns a diagnostic test for amyloid plaques, which the US Food and Drug Administration approved last month.

Most of the Alzheimer's researchers at Erl Wood, however, will concentrate on a different target: ‘tangles’ of a protein called tau. These tangles form inside cells in the brain and may be key players in the memory loss that characterizes Alzheimer’s.

Michael Hutton, chief scientific officer for neurodegeneration at Lilly, says the company is trying to develop therapies that target the underlying mechanisms of Alzheimer's, both amyloid and tau. The US approval of the plaque test, he says, means that “now not only do we have therapies that are designed to slow the rate at which amyloid and the tangles accumulate, but we also have a diagnostic which enables us to detect plaque formation”.

He adds, “The biggest challenge we face is the complexity of the clinical trials. In terms of drug development, the very slow rate of progression means we need very large and very long clinical trials to show difference from placebo. That complexity is a problem in Alzheimer’s disease, but increasingly it’s a problem throughout neuroscience.”

In an attempt to become more productive, drug companies are forming a growing number of collaborations with academic researchers. Lilly is no exception: in 2008, the company established the Centre for Cognitive Neuroscience (CCN), based around Erl Wood.

This virtual centre sees company-funded postdoctoral researchers co-supervised by Lilly and an academic scientist. That idea informed a global programme, launched in February, which grants fellowships and research awards to allow the company’s scientists to work with academics in areas deemed ‘pre-competitive’.

The CCN is “a model that is increasing interest within the company. There are other therapeutic areas within the company that are looking at that model and trying to do the same thing,” says David Bowman, Lilly’s manager for scientific affairs in Europe.