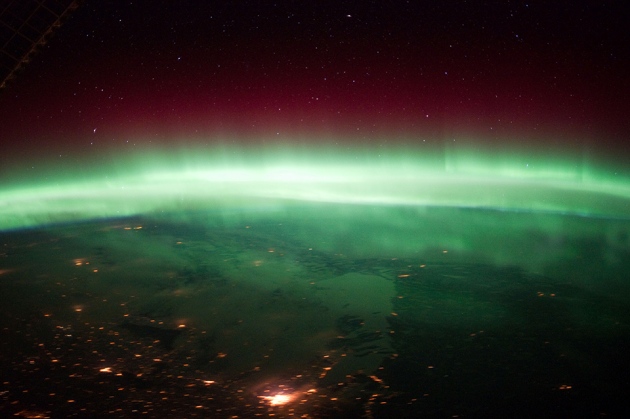 Auroras are caused by the interaction of Earth's magnetic field with the solar wind.

Earth developed a magnetic field at least four billion years ago, the latest research shows — more than half a billion years earlier than thought.

The work, described in the 31 July issue of Science1, is a major step forward in understanding when and how Earth began to evolve into its modern form. An ancient magnetic field could have made the 500-million-year-old planet more hospitable to life, by preventing the Sun's powerful solar wind from stripping away the atmosphere.

The study helps put Earth in context with its planetary neighbours. “The comparison between Earth and Mars is really striking,” says lead author John Tarduno, a geophysicist at the University of Rochester in New York. Mars also had a magnetic field at least 4 billion years ago, but the red planet somehow lost its dense atmosphere and became a barren world. Yet Earth developed into a hotbed of life.

Evidence for the age of Earth’s magnetic field comes from magnetic crystals that are preserved inside ancient rocks. Tarduno and his colleagues had previously found markers dating to 3.45 billion years ago in rocks from South Africa2.

To look deeper into Earth's past, the team went to the Jack Hills region of Western Australia, which is famous for its four-billion-year-old zircon crystals. The scientists used a high-resolution magnetometer to measure faint magnetic signals of iron-bearing minerals trapped inside 25 zircons. These signals indicate the strength and direction of Earth’s magnetic field when the crystals formed. 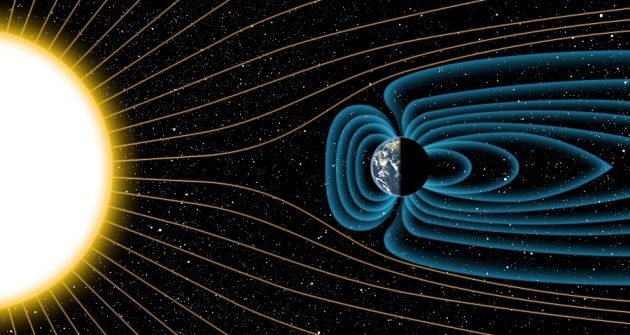 The fledgling Earth's magnetic field may have warded off the powerful solar wind billions of years ago.

Portrait of a young planet

The Jack Hills zircons show that a magnetic field existed as early as 4 billion years ago, fluctuating in strength from a value similar to today's — around 25 microteslas — to about 12% of that. The two most-ancient zircons in the study suggest that the field could be up to 4.2 billion years old. But these rocks are difficult to analyse because they were re-heated around 2.6 billion years ago, which left a record of magnetic activity then that partially overlaid older evidence.

Whenever it arose, an ancient magnetic field would have been a good, although not perfect, shield against the solar wind. An occasional solar storm might still have been able to blast through the magnetic field and strip Earth's atmosphere of water and volatile compounds that are necessary for life, Tarduno's team says.

But David Grinspoon, a researcher at the Planetary Science Institute in Tucson, Arizona, is not convinced that a planet must have an active magnetic field in order to be habitable. Many experts question the idea that Mars lost its atmosphere simply because its magnetic field switched off, he says. Powerful stellar winds may actually provide energy for yet-unknown life on planets that lack a protective magnetic field.

The presence of an ancient magnetic field on Earth also suggests that plate tectonics could have been operating more than 4 billion years ago, Tarduno adds. Geologists have long debated when and how convection began in the primordial planet, resulting in the loss of heat to space as crustal plates shuffled around. “The discovery has important implications for early Earth,” says Simon Wilde, a geologist at Curtin University in Perth, Australia.

But Tarduno’s team might not be able to look much further into the past. The oldest Australian zircons, which date to 4.4 billion years ago, contain a limited and confusing magnetic record. Instead, researchers may focus on broadening their knowledge of conditions on the ancient Earth, rather than trying to determine whether its magnetic field existed more than 4.2 billion years ago.

“There’s this tremendous record between 3.5 billion and 4.2 billion [years] that we really need to explore,” Tarduno says.