The Netherlands is leading what it hopes will be a pan-European effort in 2016 to push scholarly publishers towards open-access (OA) business models: making more papers free for all users as soon as they are published.

In 2014, publishers worldwide made 17% of new papers OA immediately on publication, up from 12% in 2011 (see ‘Growth of open access’). But most papers are still locked behind paywalls when they are first published. The Dutch government, which took over the six-month rotating presidency of the European Union council of ministers this month, has declared furthering OA to be one of its top priorities.

With strong support from Carlos Moedas, the EU’s research commissioner, it is planning a series of discussions on the issue — between European science ministers at the end of January (with a keynote talk from Bill Gates, whose philanthropic foundation strongly supports OA) and at an EU presidency conference on open science in April. At that forum, the European Commission is expected to launch an ‘Open Science Policy Platform’ with a remit that includes investigating how subscription publishers can best transition to OA.

The Association of Universities in the Netherlands (VSNU), a consortium of 14 institutes, has already taken radical steps. With backing from the Dutch government, it has negotiated several deals with major publishers over the past two years to make more Dutch papers open in subscription journals, with the aim of shifting the journals to an OA business model. The deals are a “great step forward to an OA world”, says Paul Ayris, head of library services at University College London and a spokesperson for the League of European Research Universities, which has urged the commission and the Dutch presidency to speed the OA transition.

In 2014, the VSNU announced a deal in which it renewed its subscription to a bundle of 2,000 paywalled journals from the publisher Springer, but with terms that made papers by corresponding authors at subscribing Dutch universities OA, for no extra charge. (Springer has since merged with Nature’s publisher.) Shortly before Christmas 2015, the VSNU announced a similar agreement with Elsevier, which the consortium had threatened to boycott if its demands were not met: by 2018, 30% of Dutch papers will be OA in VSNU-subscribed Elsevier journals. 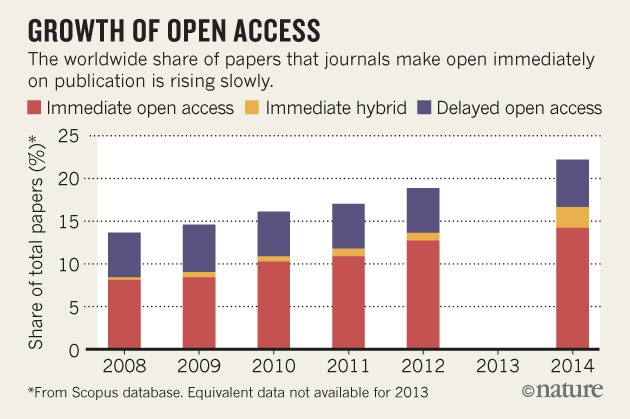 The hope, Ayris says, is that if other nations’ organizations can make similar deals, publishers will be compelled to release more open papers in return for their flow of subscription income, effectively flipping their journals to become fully OA. OA journals receive no subscription income and instead make money either by direct subsidy or by charging authors (or their research funders) a fee to publish each OA paper.

The United Kingdom has gone down the same track. In October 2015, Jisc, a non-profit body that represents UK higher-education institutions, negotiated a deal that made OA papers with UK-based corresponding authors free in 1,600 selected Springer subscription journals. A spokesperson for Springer says that the agreements are pilots, but that “deals which combine subscriptions with OA publishing could accelerate the transition to OA on a large scale”.

A major driving force for the Dutch and British deals was to combat the expensive and controversial ‘hybrid’ business models that have been adopted by many subscription journals worldwide. Hybrid journals collect subscriptions but allow authors to make individual papers open for a fee. They charge higher fees, on average, than do fully OA journals, yet scientists who want OA papers often choose to publish with them because they are generally more established or prestigious than many recently launched OA journals. 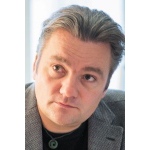 Robert Kiley, who is head of digital services at the library of the Wellcome Trust, the London-based biomedical funder, notes that many UK organizations have each paid millions of pounds to hybrid journals for open papers — while also paying them subscriptions. A deal akin to the VSNU’s one with Springer would help to bypass this hybrid market.

But these kinds of deals have their critics. The costs of the agreements are confidential, points out Mark McCabe, an economist at the University of Michigan in Ann Arbor; he surmises that they did not come cheap. He and others say that such secretive deals risk locking academic institutions into continuing to pay expensive fees to major subscription publishers, and they shield the latter from competition.

McCabe proposes a more radical strategy: libraries or university consortia should stop paying journal subscriptions and should transfer the money saved to their researchers, who can use it to publish OA in journals of their choice. That way, authors might become more sensitive to the price of publishing — which might lead to greater competition between journals, promoting leaner-run OA journals that charge lower fees.

Some funders are trying other ideas to support OA but steer researchers away from the hybrid market. The Norwegian Research Council and the German Research Foundation both pay OA fees for researchers but prohibit them from being spent on articles in hybrid journals. And the Austrian Science Fund has capped OA payments at a certain level; if researchers want to publish in more expensive journals (often the hybrids), they must find the extra cash themselves.

But measures to change industry business models will succeed only with international buy-in. And some other nations, such as the United States, have not followed the Netherlands in urging the publishing industry to make more papers immediately OA. They have favoured other routes to free-to-read papers, such as encouraging academics to archive their pre-publication manuscripts online, and mandating subscription publishers to make papers free after a delay (typically six months or a year after publication). A successful push for immediate OA, Kiley says, would ultimately need to be global — not limited to Europe.