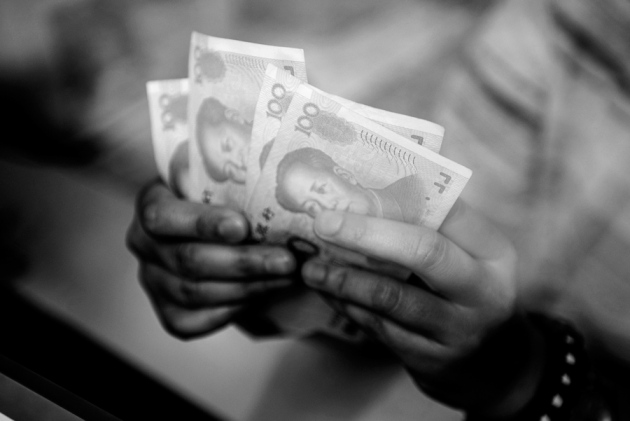 Many universities in China and elsewhere hand out research cash on the basis of academic publications.

With great fanfare, Sichuan Agricultural University held a ceremony two weeks ago to announce that it was awarding a 13.5-million yuan prize (US$2 million) to a group of its researchers, for a publication in the journal Cell.

The announcement triggered social-media chatter about how much is too much when it comes to rewarding research success. Li Ping, director of the university’s rice research institute and a co-author of the published paper, was forced to clarify in a blogpost that most of the money — 13 million yuan — was actually for grants towards future research. Only the 0.5 million yuan extra was a prize, and that is being split among 27 people: no one will retire in luxury from this. Li further justified the prize by writing that researchers at small universities in China have difficulty getting stable grants, so funds such as those provided by the university are crucial for groups like his to continue their promising research.

The discovery of a disease-resistant gene by Li and his team could help countries around the world to secure their food supply. The university has a right to be excited. But is an instant cash injection — the prize was announced on Friday 30 June, the day after the manuscript was published — the right way to celebrate?

Clearly, most universities in China think so. The custom of rewarding researchers monetarily for single publications is deeply entrenched at Chinese scientific institutions. For many, it is an official policy, written in the bylaws. Zhejiang Agricultural and Forestry University in Lin’An, for example, pays a flat rate of 500,000 yuan for a paper published in Cell, Science or Nature. And it uses a table with equations to help calculate prizes for publications elsewhere. For any paper in a journal with an impact factor (IF) higher than 10, for example, the prize is IF × 1.5 × 10,000 yuan. According to a People’s Daily news story last year, some 90% of universities have policies of rewarding publications. And the practice is far from unique to China. Scientists in countries such as Qatar and Saudi Arabia can find themselves similarly rewarded.

That might be good for researchers, and it can be a way for universities to advertise their achievements. Whether it is good for research, in the long term, is a more difficult question. The answer is probably no.

For one thing, it creates a culture in which scientists look at their research as a means to make quick cash. Instead of considering the best way to pursue and expand on experiments, scientists focus on getting the results published.

The emphasis on impact factors, as has been discussed repeatedly in these pages, is greatly overblown. Such metrics already exert undue influence on the evaluation of grants, on hiring and on promotions. Monetary prizes only further inflate the importance of impact factors, at the expense of assessing the significance of what has actually been achieved.

“Handing out prizes so soon after publication rewards science that is not yet proven.”

Perhaps more importantly, handing out prizes so soon after publication rewards science that is not yet proven. There is no reason to think that the Sichuan scientists’ discovery — a gene that confers resistance to the fungal disease rice blast — won’t stand up to the scrutiny of post-publication peer review. But what if it doesn’t? Many papers are not necessarily wrong, but their significance might have been overestimated.

Last week’s announcement that this is more a grant than a prize makes an important distinction, but it might point to a more fundamental problem in China, as well as in other countries — a tendency to base grants on past achievement rather than future potential. The rice-blast gene has tremendous practical potential, and the Sichuan scientists might be the right group to exploit it. Or they might have found, based on their research protocol, a number of other avenues for investigation that are unrelated to this gene. Whatever the case, the best way to argue that the group deserves more grant money is through a grant proposal that lays out where the research is heading, and that is fairly evaluated against rival proposals.

There, too, this episode raises a critical question about how research funds are being spent in China. In his blogpost, Li implies that steady funding gives scientists at major universities an advantage over more far-flung scientists, who have to depend on locally distributed monetary awards as a lifebuoy. To be sure, the concentration of resources at top institutions is a phenomenon, and to some extent a problem, around the world. It is one that the research community needs to address. But ­— centrally or locally — rigorous and fair review must come first.