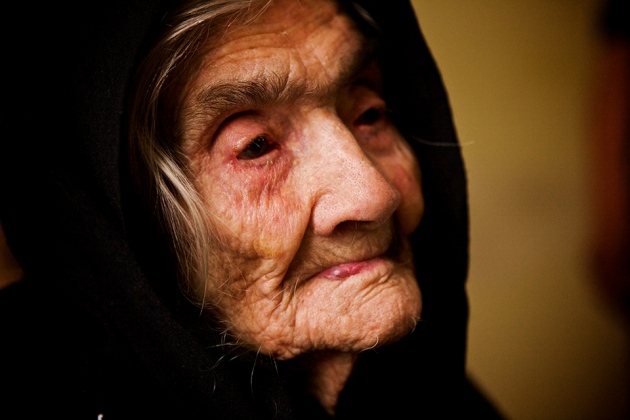 Sardinia is famed for its centenarians — such as this 107-year-old woman. Thousands of the island's long-lived inhabitants have their DNA stored at the biomedical facility Parco Genos.

News that public prosecutors were investigating a potential heist in a gene bank in Sardinia made a media splash earlier this week. A technician at the facility had reported thousands of vials of human DNA missing. But the sensational story soon collapsed: the vials were located at a hospital in Cagliari, Sardinia’s largest city, where they had been moved by scientists about three years earlier.

Case closed? Not quite: the investigation continues, because the theft-that-wasn’t has revived confusion about who actually owns the DNA samples and their associated data.

The alleged crime scene was Parco Genos, a biomedical facility in the small town of Perdasdefogu in the eastern Sardinian province of Ogliastra. It stores DNA samples from almost 13,000 residents of ten surrounding towns, collected since 2000 as part of a research project part-funded by Italy’s National Research Council (CNR).

The inhabitants of this island region are exceptionally long-lived — as with Okinawa island in Japan and Ikaria in Greece, the area is a longevity hotspot. And within each town, people's DNA is not very genetically diverse, because they have lived in relative isolation for centuries. Scientists hope that by matching people's DNA with their medical history and genealogy, they can discover genes that confer protection from ageing and disease.

In mid-August, a technician at Parco Genos contacted the public prosecutor of the nearby town of Lanusei and told him that an automatic alert on her mobile phone had flagged a temperature anomaly in one of the facility’s fridges, when no-one was supposed to be there. After checking, she told the prosecutor that three refrigerated drawers had been emptied.

“We found that the drawers were indeed empty, but we could not confirm how many samples they contained before. We estimated that about 14,000 were missing,” says prosecutor Biagio Mazzeo, who immediately opened an investigation. There was no sign of a break-in, and the lab has no security cameras. News of the investigation reached local papers, and was quickly picked up by national and overseas media.

Researchers — and Mazzeo himself — were perplexed. At the time the investigation reached the media, Mazzeo told Nature that it was difficult to imagine who could have benefited from stealing the vials, which have no value without accompanying health and genealogical data about the donors. Those data are not stored at Parco Genos, notes Mario Pirastu, a researcher at the CNR’s Institute of Genetic and Biomedical Research in Sassari who has led the project since the early 2000s. He says they are held at the Sassari institute and in a lab owned by the research company Shardna Life Science, in the southern town of Pula.

Then came the answer: Pirastu contacted investigators on 14 September and says he realized that the samples were in fact part of a larger batch of 25,000 vials stored at the eye clinic of the San Giovanni di Dio hospital in Cagliari. They had been there for about three years, he says, and were moved by Pirastu himself, who is using them for a research project. CNR scientists have often moved samples for research purposes, he says. "I can’t imagine why the technician at Parco Genos would think of reporting the vials stolen.” Representatives of Parco Genos did not return Nature’s request for comments.

Although it’s clear that there was no theft, the investigation continues, says Mazzeo — and Parco Genos and Shardna, as well as the refrigerators in Cagliari, will remain sealed off for “a few more days”. It has emerged that because of the project’s complicated history, he says, it is not clear who owns the samples and the data and who can use them.

“It’s a delicate situation,” says Mazzeo. “Samples were originally collected by a public institution, but now a foreign private business has acquired rights to them. Is donors’ consent still valid? The Italian law is not so clear." He says that the Italian Data Protection Authority is looking into the situation.

Lorrai was recently quoted by Italian newspapers as saying that rights to the samples should not be sold to a private business without donors’ consent. (Tiziana declined Nature’s request for comment).

Pirastu’s view is that “the samples belong to the citizens, while the rights to use them once belonged to Shardna, and now to Tiziana Life Sciences. But CNR has always had privileged access to the data and will continue to have, and this guarantees that research is done in the public interest.”

CNR researchers, Pirastu notes, have used data from the gene bank to contribute to many research papers over the years, mostly as contributors to international consortia.

Pirastu now fears that the investigation could delay the reboot of the project. The collection of samples stalled years ago as a consequence of the financial troubles, and the existing samples haven’t yet all been sequenced. Activities at Parco Genos have now halted almost to the point that the technician who started the investigation is its only employee. Pirastu had hoped that fresh investments from Tiziana Life Sciences would allow activities to resume soon. But Mazzeo says that Tiziana may now have to contact all the donors and have them sign new consent forms.

“I think that the goal of the denunciation was not really to report a theft, but to put a spotlight on a very complicated situation,” he says. “And in a way, it worked."