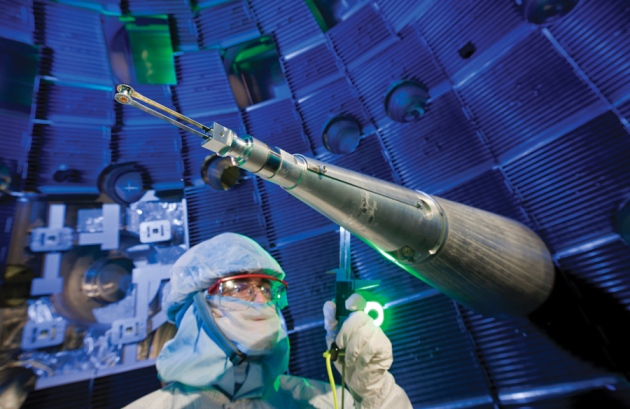 Diamond is one of the hardest substances known, but what happens when you put it in a machine powerful enough to squash it?

Physicist Rip Collins of the Lawrence Livermore National Laboratory in California, and his colleagues found out when they used lasers to expose a sample of diamond to pressures as high as those at the centre of Saturn, or 50 million times those normally found at Earth’s surface.

The results, published in Nature today1, could help to reveal how matter behaves in the depths of giant planets, including Saturn and Jupiter or even worlds outside our Solar System. Press ‘play’ (above) to hear more.

Incidentally, the same laser machine featured in the 2013 film Star Trek Into Darkness — as the starship Enterprise’s power-generating warp core.