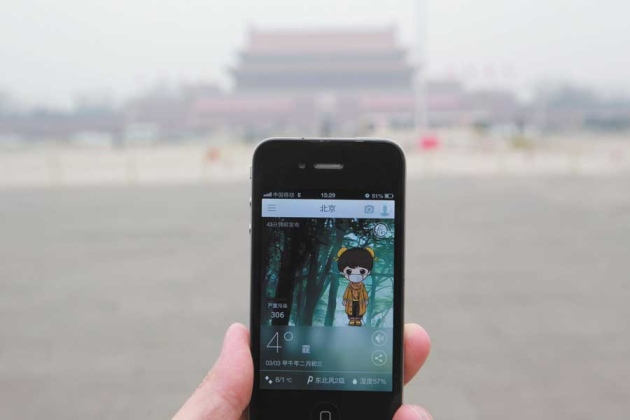 United Nations negotiators are meeting in New York this week to shape up the Sustainable Development Goals (SDGs) that will replace the Millennium Development Goals (MDGs) after 2015. The scope of the SDGs — from providing universal access to energy and water to ending poverty by 2030 — is being well articulated. But there has been little discussion about how countries will monitor that progress.

The variety of global environmental information that will be needed raises daunting challenges. Official data sets are not up to the task. We have found problems with government-reported sources in nearly every global data set that we have used in 15 years of constructing the Environmental Performance Index (EPI) — a biennial ranking of how well countries are implementing policies to address pressing environmental concerns (see epi.yale.edu).

Government investments in environmental monitoring, data collection and reporting are patchy, and are influenced by limited budgets and political motivations. Governments are notorious for underreporting fish catches1, for example, and have been criticized for using capricious definitions, such as of what constitutes ‘forest’2. The global data sets that do exist are often incomplete, erratic or untrustworthy. Conspicuous reporting gaps compromise our understanding of most environmental problems, from toxic chemical exposures, global recycling rates and wetlands loss to freshwater quality, species loss and vulnerability to climate change.

As a result, the data required to track progress towards SDG targets cannot come solely from governments or intergovernmental organizations. UN negotiators must think more creatively about how to measure progress. We argue for channels by which citizen scientists, independent watchdogs, private-sector companies and third-party organizations can contribute data towards monitoring SDG progressand make governments more accountable. Without such independent monitoring, the extent of environmental challenges will not be captured, and SDG-related policies and management decisions risk being ad hoc.

Because a pixel in one country is measured in the same way as one in another, satellite data will be invaluable in establishing baselines and benchmarks for the SDGs. Global forest loss over the past decade has been tracked in more than 650,000 images from NASA’s Landsat programme by researchers at the University of Maryland in College Park and by the Google Earth Engine platform, for example3. To estimate how much water countries have underground, NASA and the German Aerospace Center’s orbiting Gravity Recovery and Climate Experiment are following changing aquifer levels4.

Yet space imagery is rarely used in the public-policy sphere beyond a few applications, such as land-use planning. Computing power and scale are two reasons. The global forest-loss calculations took the equivalent of 1 million processing hours on 10,000 computers to process 20 terapixels of data — beyond the reach of most national statistical agencies. Many satellite-derived data sets are too coarse in resolution for local decision-makers to act on. Global climate data cannot help a mayor to understand how a city will be affected by rising temperatures.

And politics gets in the way. In our experience, many governments question satellite data when comparisons between their countries and others are unfavourable or reveal weaknesses in their statistical reporting systems. Other global environmental measurements such as ocean acidity, which are only beginning to be tracked consistently, will also be susceptible to political pressures.

In January, we published an indicator based on global satellite-derived estimates of fine particulate air pollution in the 2014 EPI (see go.nature.com/tftogi). The Indian government, which like many developing countries does not regularly release such data, was shocked. Government officials in New Delhi were quick to refute the suggestion that their air quality might be as bad as Beijing’s, igniting a public debate.

The misreporting of environmental data by governments is common. The New Zealand government, for instance, which touts a “100% pure” slogan to burnish its ecotourism reputation, was revealed in 2007 to have altered some unfavourable conclusions of a State of the Environment report. The country has not released a comprehensive State of the Environment report since. After demands from citizens and debates in parliament, legislation was introduced last August requiring that bodies independent from the government report on environmental conditions every six months and a compile synthesis report every three years.

Enter citizens. They are increasingly contributing environmental measurements and geographical information, through social media, crowdsourcing and open-source databases such as OpenStreetMap, a free and editable map of the world. The World Water Monitoring Challenge, for example, encourages people to record their local water quality and share results (see www.worldwatermonitoringday.org). In 2012, participants made some 250,000 visits to sites in 66 countries, recording parameters such as water temperature, pH and dissolved oxygen. Citizens even monitor plankton abundance in oceans (see www.playingwithdata.com) and donate spare computer time to run climate simulations (see www.climateprediction.net).

Watches, tablets or phones equipped with sensors could allow millions of citizens to monitor pollutants. Prototypes range from hand-held devices that can measure air and water quality (such as AirBot and WaterBot, developed by researchers at Carnegie Mellon University in Pittsburgh, Pennsylvania); an electronic ‘nose’ that can detect toxic substances in the air; and sensors that can determine nitrate levels in food. Such gadgets now need to be made cheaper and more readily available (the WaterBot is priced at US$99).

Citizens can also track progress using smartphone apps. Since 2013, the Water Reporter app has allowed people in the Chesapeake Bay area in Maryland and Virginia to report local water pollution and other problems to local managers. SeeClickFix has since 2008 allowed city residents to report and track civic issues, from broken streetlights and fire hydrants to street crime. The app has addressed more than 800,000 requests in 170 cities and towns worldwide, including many in the United States, as well as Dublin and Buenos Aires, together representing 25 million people. 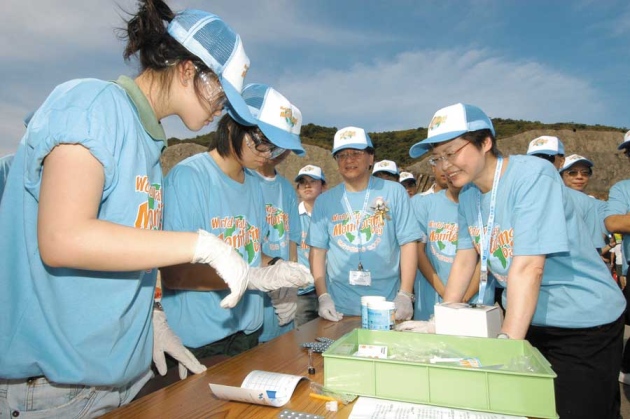 Chinese citizens have already seen the power of public data collection. In 2011, statistics from a monitor atop the US embassy in Beijing revealed that the air quality was much worse than government statistics claimed. The discrepancies led members of the public to monitor their own air quality, using backpacks, kites and smartphone apps, and a website charting the live results emerged.

Yet user-generated and crowdsourced data have not been discussed for the SDGs (although the Rio+20 United Nations Conference on Sustainable Development piloted an online voting system for delegates).

Businesses, too, might be better poised than governments to collect environmental data. Coca-Cola, the beverage company, operates in almost every country. It requires more than 9 litres of water to generate $1 of revenue, so relies on accurate knowledge of water resources. Since 2004, the company has invested more than $1.5 million in recording and assessing surface and groundwater levels, stresses and drought severity.

In 2011, the company teamed up with the World Resources Institute, an environmental think tank in Washington DC, to make its proprietary data publicly available through a web platform called Aqueduct. The company is keen to address criticisms of overextraction in water-stressed countries such as India, one of Coca-Cola’s biggest growth markets. It also hopes to galvanize other businesses to evaluate their water impacts and to encourage government leaders in high-risk areas to manage water resources more efficiently, equitably and sustainably.

“If Coca-Cola collects the best global water data, then why not use them?”

Third-party organizations can also validate data. The researchers in the Sea Around Us Project at the University of British Columbia in Vancouver, Canada, for instance, regularly reconstruct fish-catch data. They have noted that the UN’s Food and Agriculture Organization underestimates the percentage of over­exploited and collapsed fish stocks, owing to its use of variable-quality government-reported data and its omission of data from other sources5. The resulting biased view of the status of the world’s fisheries could have disastrous consequences for global aquaculture and ocean health.

In India, the Centre for Science and Environment, a non-profit research organization based in New Delhi, has added its independent analysis to the capital’s air-quality debate. It remains to be seen whether the Indian public will follow China’s example and pressure the government for better air-pollution monitoring, or start monitoring pollution for themselves.

The full potential for private-sector and non-government engagement has not been explored in the SDG negotiations. The most recent progress report states that “business should be part of the solution”, but only by encouraging “greater private sector uptake of sustainability reporting”. A 2013 survey by financial services firm KPMG shows that 71% of companies worldwide are already doing this6. The crucial question is how companies can be incentivized to share data.

So, what now? First, SDG negotiators should clarify in the next few months the pivotal questions that better data can help to answer. What knowledge is required for countries to transition to a green economy, for example? What factors define well-being in a society? Then they should consider how those data might be crowdsourced and contemplate incentives for participation. A fund could be created, for example, through contributions from countries, private foundations and companies or through crowdfunding, that would reward the individuals or institutions most capable of collecting needed data.

The UN should consider new forms of collaborations. If Coca-Cola collects the best global water data, then why not use them to measure progress towards a global water SDG? If Google is best able to process vast amounts of satellite data, why not work with it and other scientists to develop algorithms to assess pressing environmental issues?

To replicate the data-driven approaches to city management used by former New York City mayor Michael Bloomberg and Maryland governor Martin O’Malley, the UN should provide an online platform for cities to share relevant data on public safety, disaster preparedness and health. Individual innovators who invest in a low-cost technology to engage citizen scientists in data collection for an SDG should be funded to share devices globally.

Second, if citizens are to contribute data to the SDGs, protocols and guidelines must be established to protect individual rights and privacy. Individuals should know how their data will be used and be assured that their privacy is maintained. A starting point for the international harmonization of privacy laws is the Organisation for Economic Co-operation and Development’s Guidelines on the Protection of Privacy and Trans­border Flows of Personal Data.

In places where information and communication technologies are still emerging, more can be done to equip people with affordable tools to participate equally in the data revolution. The SDG process could foster technology-transfer or funding mechanisms to provide citizens in developing countries with free or cheap personal environmental monitoring devices or community-based systems.

Last, negotiators must find ways to incentivize participation. Corporate or private sponsorship of new data streams (which might not sit well with some audiences who fear commercialization of the SDGs, or worse yet, could have competing private interests that may bias data) could support innovative sustainability-minded companies or individuals to share data. A transparent, centralized online ‘dashboard’ would make it easy for citizens, businesses and third-party institutions to contribute and share data. This could be administered by the UN Environment Programme, which countries at the Rio+20 Earth summit pledged to bolster.

UN negotiators are running out of time to get the SDGs right. It is important to set appropriate targets for promoting sustainable development. Meeting those targets will depend on how well we can track progress, using the best data available, collected by the people and organizations best placed to do so.