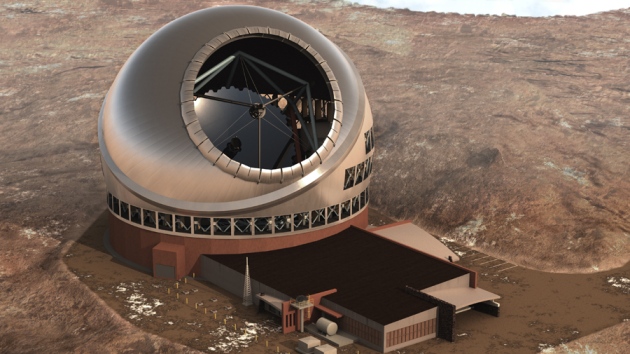 Canadian astronomers have been a driving force in the Thirty Meter Telescope (TMT) project since planning began more than a decade ago. But now, as clearing begins on Mauna Kea, Hawaii, where the mighty telescope will sit, they risk being left out in the cold. As early as next month, the Canadian government is expected to release its 2015 budget — and if it does not contain the Can$300 million (US$236 million) that astronomers are asking for the TMT, Canada may become a bit player in the project that it has helped to lead for so long.

Those planning the TMT had expected Canada’s Can$300-million commitment to materialize last year. It did not. All the other major players — two California university systems, along with the national observatories of Japan, China and India — have committed substantial future funds to the billion-dollar-plus optical and infrared telescope. The site had its ground-breaking and blessing ceremony last autumn, and telescope parts are already being built around the world — the project is essentially waiting for Canada in order to move into full gear (see ‘The long view’).

The Thirty Meter Telescope’s power could reveal new information about the early Universe and conditions outside the Solar System. 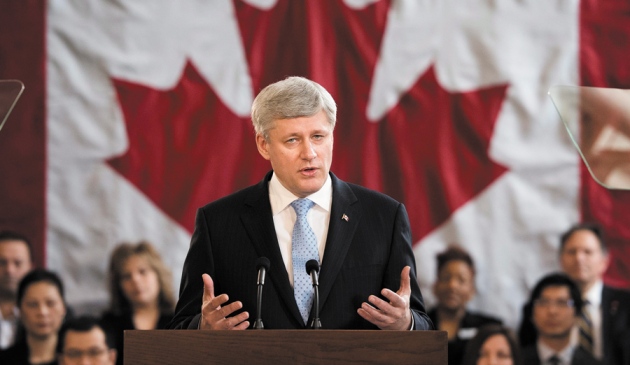 2003
The Association of Canadian Universities for Research in Astronomy, the University of California and the California Institute of Technology form a non-profit corporation that aims to build the Thirty Meter Telescope.

2009
China joins. Mauna Kea, Hawaii, is chosen as the location. The project moves into an early construction phase, helped in part by money from the Gordon and Betty Moore Foundation in Palo Alto, California.

2014
All partners, except Canada, formalize their roles. A ground-blessing ceremony kicks off construction.

Canada had long promised to supply the gigantic steel enclosure that will surround the 492-segment mirror, as well as other contributions such as the advanced optics system that will cancel out atmospheric blurring to produce clear, sharp views of the cosmos. Pulling out now “would be a shattering loss of obligation on our part”, says Donald Brooks, a chemist at the University of British Columbia in Vancouver and chair of the council of the Association of Canadian Universities for Research in Astronomy, the organization through which Canada participates in the TMT.

The TMT board will hold a crucial meeting on 29 April in Pasadena, California, where it hopes to get Canada’s full commitment. “We’re looking forward to Canada being a partner,” says Ed Stone, a space physicist at the California Institute of Technology in Pasadena and executive director of the TMT International Observatory. To enable that, he adds, “we have flexibility to do additional replanning if necessary”.

Canadian astronomers have been arguing the TMT’s case to the government in Ottawa. They note that astronomy is one of Canada’s highest-rated research fields, and that they have ranked the TMT as their most-wanted project for more than a decade. At this point, “it’s a question of, is Canada going to be part of it or not?” says Christine Wilson, an astronomer at McMaster University in Hamilton, Ontario, and president of the Canadian Astronomical Society.

This year, unlike last, presidents of the University of Toronto and the University of British Columbia have also been personally making the case to government officials. And an independent industry report noted the commercial value of developing TMT technologies such as optics, amplifiers and antennas.

All that effort adds up to slightly more optimism this year than last. “We know we’re on their radar screen, but that doesn’t mean we know what the decision is,” says Raymond Carlberg, an astronomer at the University of Toronto and the Canadian project director for the TMT.

The TMT will be nearly 100 times more powerful than the best 10-metre telescopes available today. It will tackle major questions including the composition of extrasolar planets’ atmospheres, the nature of dark matter and dark energy and the evolution of galaxies in the early Universe, says Paul Hickson, an astronomer at the University of British Columbia. The TMT will compete with two similar-class telescopes also under construction: the Giant Magellan Telescope and the European Extremely Large Telescope, both in Chile.

For now, the biggest telescopes routinely used by Canadian astronomers are the twin 8-metre Gemini facilities in Chile and Hawaii. Moving to the next generation of telescopes will be key to keeping Canadian astronomy competitive, says Carlberg. “We need to participate in first-rate science,” he adds.

Canada has already spent more than Can$35 million on drawing up early engineering plans for the project and other design and development work. Of the new money, Can$150 million would go towards the telescope enclosure. It would be built by a company in suburban Vancouver that has made other large telescope domes before (and that spun off its expertise into building amusement-park structures such as Harry Potter-themed rides in Florida and Japan). The remaining Can$150 million would pay for scientific instruments and other costs over the nine years it will take to build the TMT.

As the decision on the telescope nears, it is almost impossible to predict what Prime Minister Stephen Harper’s government will do, says Paul Dufour, a science-policy consultant in Gatineau, Quebec. The Canadian economy depends heavily on oil revenues, which have been plunging, and the finance minister has delayed release of the budget until April, several months later than normal.

But Dufour notes that big investments in international science projects have come through in recent years. In 2014, the government approved Can$222 million for TRIUMF, the national particle-physics laboratory in Vancouver that is closely linked to the international CERN facility near Geneva, Switzerland.

Astronomers are watching and waiting. “It will come down to a political decision at a pretty high level,” says Brooks. “We don’t know when that day will come.”